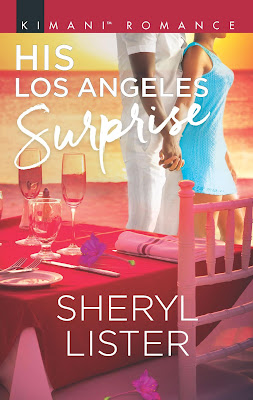 Sheryl:  The story idea originated with Harlequin and is part of the Millionaire Moguls continuity series. The first three titles are based in Miami, the second trilogy in San Diego, and this final one in Los Angeles. Their team came up with the concept, characters, and major plot points. As one of the invited participating authors, my job was to create Alexis and Derek’s romance journey while being sure to include the other plot elements that will flow through each of the three connecting books.

Rad-Reader:  How long did it take you to write this?

Sheryl:  This book took about five months to write and was probably the hardest one I’ve written to date. There were several parts that had to be clarified and revamped and added to the time it usually takes me to complete a book.

Rad-Reader:  What is the backstory on Alexis and Derek that we don’t know from just the blurb/synopsis?

Sheryl:  Derek and Alexis were high school sweethearts and separated by the time they graduated. Alexis pursued a successful modeling career, while Derek went out to make his own mark on the real estate world, apart from his estranged father.

Rad-Reader:  Why did they walk away from each other in the first place?

Sheryl:  Derek felt he had something to prove and he didn’t let anything or anyone get in the way of it, even if it meant walking away from the girl he loved.

Rad-Reader:  Why is their father having to clear his name?  What did they say he did wrong?

Sheryl:  As I mentioned above, His Los Angeles Surprise is part of a series. This is book eight and the second in the Los Angeles installment. In the San Diego trilogy, their father was accused of sabotage and he’s asked his sons to help clear his name.

Rad-Reader:  So, Max and Trey were not raised with Derek correct?  Were they all by different moms?

Sheryl:  Yes, all three sons have different mothers and were raised apart.

Rad-Reader:  What are the ages of the brothers?

Rad-Reader:  Do all the baby mama’s live in the same town?  If so, that had to have been touchy when all the brothers met?

Sheryl:  Trey and Derek’s mothers are still around, however, Max’s mother passed away. The brothers have been working to forge a real relationship, but not without some hesitation on Derek’s part, of course.

Rad-Reader:  Was he married to any of the baby mamas and how did she take all of this playing around?

Sheryl:  Their father was married to his first wife when he met Derek’s mother. I don’t know all the details, but it goes without saying she wasn’t happy. You’ll have to read His Los Angeles Surprise to find out what happened between Derek’s mother and father, but I’ll just say, they never married. Reginald did marry a second time to Max’s mother.

Rad-Reader:  How did Reginald make all his money?

Sheryl:  Reginald owned a few private businesses, made some lucrative investments that paid off and became a wealthy man. He was also deeply involved in the Prescott George (Millionaire Moguls) outreach activities for inner-city youth and early education.

Rad-Reader:  What do all the boys do for a living?

Sheryl:  Trey is an award-winning Hollywood screenwriter, Derek is a real estate mogul, and Max is a talent agent.

Rad-Reader:  Trey the oldest son is in a relationship, engaged, what does his love interest, Kiara do?

Sheryl:  Kiara owns a daycare for the rich and famous. To find out more about her and Trey’s story, be sure to pick up A Los Angeles Passion by Sherelle Green.

Rad-Reader:  Has Derek told his mom he’s going to be a father yet?  It’s almost time for the ultrasound and he is being no different than his dad at this point, right?

Sheryl:  He hasn’t told his mother yet. He’s still in a little shock, himself…lol! He’s not like his dad at all. In fact, he goes out of his way to be very different. I don’t think he plans to walk away from Alexis, but I’ll let the readers see what happens.

Rad-Reader:  Why is he so afraid to admit that he and Alexis are dating when the brothers ask?  Yet, when the guy at the fundraiser chats her up Derek turns all Alpha Male on his behind.

Sheryl:  Afraid is probably not the word I’d use. It’s more like not wanting to admit he’s allowing someone to get close to him. Now the guy at the fundraiser is a different story. Nothing like seeing another man talking to the woman you’re trying hard not to fall for, to bring out your true feelings.

Rad-Reader:  Alexis also brought Derek comfort at that same fundraiser.  Did he even notice that she’s done that for him more than once?

Sheryl:  Oh, he notices, all right. Why do you think he’s having such a hard time keeping his feelings under wraps? J

Rad-Reader:  What do you think they were both thinking and feeling at the ultrasound?

Sheryl:  I think they were feeling what most new parents-to-be feel: wonder, amazement, joy.

Rad-Reader:  When they saw the heartbeat it meant something to Derek to the point where he even filmed it.  Do you think that’s when it became real to him?

Sheryl:  I believe this is when several things became real to him.

Rad-Reader:  Do they ever find out who set up Reginald before he passes away?

Sheryl:  They do. Check out Pamela Yaye’s A Los Angeles Rendezvous Dec 1 to get all the details!

Rad-Reader:  Derek tortured himself when it came to not wanting to lose his heart.  Didn’t he realize that he was losing his heart by pushing her away?  Like he did at the hospital?

Sheryl:  Tortured is a great word to describe Derek and isn’t that typically what we do when we’re trying to protect ourselves from hurt? He’s no different in that aspect. At the hospital, it was more about fear.

Rad-Reader:  So, who is this mystery person leaving Max gifts?  Have we met them already?  Could it be Christina and should we be worried?

Sheryl:  Those details will be in Max’s story, coming next month.

I’ll leave the casting of Trey and Max to Sherelle and Pamela.

Rad-Reader:  What does the phrase, “Just listen to what I do” mean?

Sheryl:  You know how they always say actions speak louder than words? This is my way of saying it. My husband said these words to me when we first started dating and I’ve heard every word of his love through everything he does.

“Playing in Love – Muscadine Bloodline”
Derek found out that Alexis won the bid to rent him.  Flattered by fearful she would want a relationship.  After all, she was his high school sweetheart.  Leaving a risk of bruised or hurt heart or hurt ego.  No Way!

“Can’t Tell You No – Muscadine Bloodline”
Alexis was fixing dinner and was surprised to see him.  He explains he has no time to go out to dinners.  Invites him to stay for dinner and counts it as her bid win.  Problem solved.  That way they could catch up from the time since high school.

“Emotional Rollercoaster – Vivian Green”
Their dinner together resulted in faulty birth control.  Although he got bent that night when she said she was on the pill, he explained he didn’t want an unscheduled pregnancy or a relationship.  Starting the roller coaster ride with him.  They both couldn't stop the old feelings from flooding them.  Both backing away until he makes contact.

“I Can’t Make You Love Me – Tank”
Due to not being acknowledged by his father at birth, Derek has issues and fears.  Alexis knows she can’t change him.  When he announces they should marry for the baby she declines.  He has no clue why.  She will never be able to make him love if he doesn’t and she won’t try.

“Silence – Grace Carter”
Alexis figured Derek would come around to loving her.  Yet, the night at the hospital he emotionally checked out.  She was done.  She had enough time to put her mommy panties on.  Telling him there will be no us, no more family, but they could co-parent.

"Emotional Rollercoaster by Vivian Green"
For sure

"I Can’t Make You Love Me (Will Downing’s version)"

"Eric Benet’s Let’s Stay Together (Midnight Mix)"
Are a few of the songs I played while writing.

Rad-Reader:  What is your favorite type of food?

Sheryl:  I love, love Mexican food! Give me some chicken enchiladas and I’m a happy girl.

Rad-Reader:  What are your three favorite genres of music to listen to? 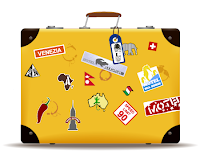 Rad-Reader:  Where was your last vacation that was the bomb?

Sheryl:  That’s an easy question! I went to Montego Bay, Jamaica last month with my husband to celebrate our 25th anniversary and I’m still floating. A-Maz-Ing!!!

Sheryl:  I have several projects in the works. I plan to release a novella in late January/early February 2019, am participating in a series with several other authors titled Distinguished Gentlemen that’s slated to release at the end of March 2019 to coincide with our Book Euphoria event in Chicago (details at https://book-euphoria.com/events/book-euphorias-2019-weekend-block-party/). I’ll also be releasing my final series with Kimani Romance, The Hunters of Sacramento in May, Jul, Sep, and Oct.

Sheryl:  You can find my books here:

Thank you so much for being with us.  It was
interesting finding out how the process works when writing for a series with other authors & Harlequin.  This was interesting reading this second chance romance also.  There are a lot of people out there that are single wishing that they could go back and do that one thing over to get 'the one that got away', back.  Derek and Alexis are having their chance.  Does it go smoothly, of course not?  But what would be the fun in that?
Thanks for being with us.  Come back when your next book drops and let us know so we can put it on our Shout-Out: An Author's Place page.  You are now a 1 Rad-Reader Misfit, sorry you didn't run fast enough. ;)
Char

at November 16, 2018
Email ThisBlogThis!Share to TwitterShare to FacebookShare to Pinterest