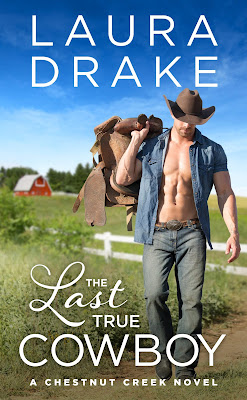 This cowboy's got one last chance to prove himself
Carly Beauchamp has loved cowboy Austin Davis since first grade. Ask anyone in their dusty, backwater New Mexico town of Unforgiven, and they'll say “Carly and Austin” the way some say “big trucks and country boys.” But after years of waiting for a wedding ring, Carly’s done with being a rodeo widow . . .
Austin never meant to put his career on the circuit before Carly. She’s always been his future, his one and only. But now that she’s moved on, he’s beginning to see where he went wrong, and he’ll do anything to win her back. The only thing is, Carly’s suddenly acting differently, and she’s definitely hiding a secret—one that will test the depth of their love and open up a whole new world of possibilities.

“I WANT HIM. WANT THE WAY HE MAKES ME FEEL LIKE THE CENTER OF THE UNIVERSE. THE UNIVERSE OF US.”

I want to be part of a whole again, not a limping shell. I want... The light is blocked out, and his lips are on mine. My hands steal to the sides of his face, and I take him in: a sweet kiss that makes me want to cry.  There must be a term stronger than wanting, but it’s lost in his gentle touch. Like our first kiss, that day in the homestead house when we looked at each other and realized we were doing more than playing house all those years; we were practicing.  The want pulls my brain from reason. This must be how addicts feel. My fingers slide down the stubble on his soft cheeks. I know the topography of his face better than my own. I’ll pay the penalty later. I need this. I’m taking this.  Not sure I could stop now, anyway.  He slants his head, and when he opens his mouth, sweet turns hot. He seems as desperate as I feel, tasting, testing, pushing. We can’t get close enough. His hands cup my butt and he lifts and turns me, so I’m standing on the running board. We’re the exact same height. I know, because we tested it out before he bought this truck. I’m squeezed between the truck body and his, yet still, it’s not enough. Wrapping my fists in his shirt, I pull him closer and melt into his mouth. Tonight’s memory is going to have to last me the rest of my life.

A 30-second quick trailer for The Last True Cowboy

Shared blood defines a family, but spilled blood can too.
Harlie Cooper raised her sister, Angel, even before their mother died. When their guardian is killed in a fire, rather than be separated by Social Services, they run. Life is off the grid in L.A. isn’t easy, but worse, there’s something wrong with Angel.
Harlie walks in to find their apartment scattered with shattered glass and Angel, a bloody rag doll in a corner. The doctor orders institutionalization in a state facility. Harlie’s not leaving her sister in that human warehouse. But something better takes money. Lots of it.
When a rep from the Pro Bull Riding Circuit suggests she train as a bullfighter, rescuing downed cowboys from their rampaging charges, she can’t let the fact that she’d be the first woman to attempt this stops her. Angel is depending on her.
It’s not just the danger and taking on a man’s career that challenges Harlie. She must learn to trust—her partner and herself, and learn to let go of what’s not hers to save.
A story of family and friendship, trust and truth.

Harlie Cooper watched the pair of giggling college coeds seated four rows ahead on the Salinas city bus. BFF’s.  From Harlie’s high-school-hall observations, ‘forever’ lasted somewhere between a few hours to six months. They leaned into each other, bumping shoulders and whispering. Why did girls need people hanging off them all the time? Why let people in, when they’d only mess you up, then let you down?
I don’t have trust issues. I just know better.
She turned back to the window and watched the straw-colored hills rushing past.
It wasn’t like family. Family was everything. Even if hers was down to only two.
Lacing her fingers, she stretched her arms over her head, her muscles resisting with a slight tug of tired. Calf roping at the rodeo team practice had gone well today — she’d shaved a second off her time. The smell of horse drifted off her jeans. Borrowed horse. Batting away the soft wish, she sat up straight. No sense in wanting.
“Hey, isn’t that Mack Tyler’s place?”
At her guardian’s name, Harlie shot a look across the aisle, where several grown-ups stood out of their seats, pointing out the window.
Smoke rolled into the sky, spreading over the dairy like an angry fist.
Angel!
An electric current jerked her to her feet. “Stop the bus!” She snatched her backpack and rushed down the aisle, grabbing seat backs for balance. “Stop!”
She reached the front, ducking her head to keep her eye on the dystopian horizon. Panic swirled in her belly, rising, rising. Grabbing the silver pole, she took the steps to the well in one leap. “Let me out!” She grabbed the handle and rattled the door.
“I’m working on it.” The driver pulled over with a squeal of brakes.
The door lurched open. Her boots hit the pavement and she took off, heart battering her ribs, the frantic wing-brush of her sister’s name in her skull. Angel. Her feet flew, barely touching the ground. But like in a nightmare, the dread-laced smoke column never seemed to get closer. Angel.
A half-mile down the road, she reached the yard, littered with fire trucks and police cars, strobes flashing. Leaping the ditch she scrabbled through the weeds on the other side, her eyes locked on the flame-licked smoke pouring from the broken windows of the porch. Angel!
A yellow-coated fireman backed out the front door holding the handles of a stretcher. A limp, blanket-shrouded body came next, another firefighter hefting the trailing end. Harlie’s vision narrowed to a tunnel. She dropped the backpack as her legs buckled. She fell to her knees, fingers clenching the dusty soil.  Her panicked brain took a second to process what she was seeing.
Too big.
Mack, then.
When her starved lungs hitched a breath, dizziness receded and the world righted.
Where is Angel? She leapt up and ran to where a fireman stood, shouting into a two-way radio. She snatched at his arm and he started.
“My sister.” She screamed up at him. “My sister’s in there!”
Arms grabbed her from behind and she twisted, fighting.
“She’s not!” His fingers dug into the flesh of her arms. “She’s okay. Calm down.”
Harlie stopped struggling and he let go. She whirled, chest heaving. “Where?”
The uniformed cop pointed to the side yard.
She dashed around the corner of the house. Angel, blanket-wrapped and clutching a dirty child, stepped out of the barn, led by a fireman. Sound, previously dulled by fear, surged to full volume. Water blasted the side of the house with a liquid roar. Men shouted. A lone siren wailed a warning in the distance, getting closer.
Angel’s gaze fastened on Harlie. Prying the sobbing child’s arms from her neck, Angel handed her to the fireman, then ran to launch herself into her sister’s arms.
Harlie was shorter than most of her classmates but at thirteen, Angel’s head still fit easily under her chin. The scent of smoke drifted off her sister’s hair — musty ash with the bite of alkaline, leaving a taste like spent adrenaline in Harlie’s mouth. She ran her hands over her sister’s bony back, still reeling from the gaping hole of a future without Angel. 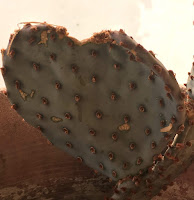 at December 27, 2018
Email ThisBlogThis!Share to TwitterShare to FacebookShare to Pinterest