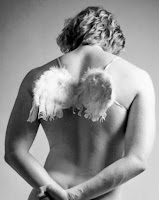 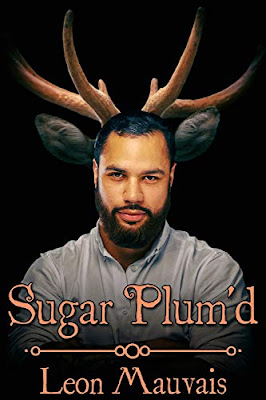 As a young stag-shifter, all Pembroke dreams of is being harnessed to Santa’s sleigh. Yet his world comes crashing down when Santa is slain by the imposter Frost.

War erupts in the Arctic Circle, pitting elf against reindeer, and Pembroke is sent on a perilous mission. If he fails, his herd will be lost. When the mission goes awry, the stag-shifter must put his trust in an unlikely ally.

Where does one turn in a land of ice and blood? What happens when the enemy infiltrates your heart? What begins as a wavering alliance just might take Pembroke farther than he ever imagined.

“I hear,” Kassel’s whispers filled the empty stalls of the barn, “the Toy-Maker can be quite demanding.”
Pembroke didn’t care.
He would prove himself.
He arched his back as if he was getting ready to be harnessed to the sleigh. His shoulders back, Pembroke held his head high. His flanks rising in the air as if supporting an uplifted tail.
As if he was still in stag form.
“No.” Kassel said, “Like I’m really Him.”
Pembroke felt the rough sole of Kassel’s foot against the broadest part of his back. Pembroke was caught off guard by the pressure. His face forced down, Pembroke felt his haunches rise till his ass, like a halved plumb, split open for the Toy-Maker’s inspection.
Pembroke flinched as he felt the weight of a large buckle fall between his shoulder blades. Kassel dragged the cool metal down Pembroke’s spine, resting it on the small of his trembling back.
Kassel paused only for a second, before dragging the metal even further,
splitting his friend’s cheeks, teasing the soft pink skin of Pembroke’s puckered hole.
Without thinking, Pembroke let his shoulders take the weight of his prostrate body as his fingers lifted to spread his cheeks further apart.
He felt Kassel’s hot breath blowing across.
“Now how many days till you guide my sleigh?” Kassel asked.
Thwack.
A sting blossomed against Pembroke’s hole. It leapt away as fast as it came.                A bolt of lightning zapping through his body.  The pain surprised him so much that he hadn’t heard the question.
Thwack!
There it was again.

"Sugar Plum'd" is Leon Mauvais' debut! He's a beret-wearing sprite who fell asleep in the cornfields of Pennsylvania. He dreams in the husks, hoping his tales’ taste like taffy, but help build crystallized armor. Once, he lingered in the corners of the last used bookstores searching for forbidden adventures on exotic worlds.

Leon: I saw a call a year ago for a holiday collection. The parameters were that it had to be a holiday romance between two males presenting characters. One of them had to have the ability to not only teleport but also shift into a deer.

Immediately I thought how whimsical and wild! I love being given set rules, because my mind delights in finding ways to bend the lines and boundaries instinctively. And the call really whipped my imagination and "Sugar Plum'd" is an evolution of that original call.

Rad-Reader: Can you give us some backstory on your main characters the blurb doesn’t give us?

Leon:  Pembroke never wanted to be a complicated weredeer. He had a set course.
He spent his entire fawndom training to join Santa's fleet of weredeer who lead the Christmas sleigh.  While the other cadets spent their nights playing reindeer games and cavorting with elves, Pembroke focused on training his antlers to find True North. His dedication unbroken by the spoils of sugar plum dust and elf nog.

By the end of his training, Pembroke far surpassed his fellow littermates. His secret was his undying devotion to the Toy-Maker. But it all comes crashing down when Santa's assassinated by a vengeful elf. Everything Pembroke's worked for melts into nothing. He is forced to forge a new path towards an unknown future.

Leon:  I was blessed to be born before toddlers were handed ipads. We had books and so I've always been a reader since I was a child. I found that in the world of books, I could find people like me. I've always felt a little eerie sprouting in Pennsylvania. Books taught me to look beyond the cornfields. They showed me a way out.  They taught me to craft my own wings.

Rad-Reader:  How long did it take you to write this book?

Leon:  There was a draft put away like an elf on the shelf for almost a year, before polishing and expanding after some space and distance. So at least a year and a half on and off.

Rad-Reader:  Who was your favorite character to write & why?

Leon:  Elf 687 without a doubt. The world of "Sugar Plum'd" is one of the usurpers and refugee weredeer on the run. Its an Arctic one of ice slick with the blood of innocents and guilty alike. Elf 687 is an optimist even in all the chaos. It never loses its whimsy and sense of humor. Elf 687 has to bargain for its life on an almost daily basis, but it does it with a sparkle in its eye. It's definitely an elf to aspire to.

Rad-Reader:  Do you write under your given name if not why?

Leon:  I don't. Leon Mauvais is my nom de plume for swimming in the sheets and exploring the more sensual facets of experience. Like a masquerade mask, it gives me the freedom to move about the ball with an ease of anonymity.

Leon,
Thanks for seeking us out for an avenue to get word of your book out to our readers.  It is always a pleasure for us to help new and upcoming writers. As well as established writers promote their books. So, thank you for thinking of us.
Char
at December 03, 2018
Email ThisBlogThis!Share to TwitterShare to FacebookShare to Pinterest