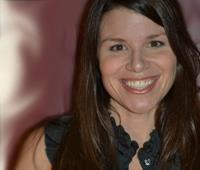 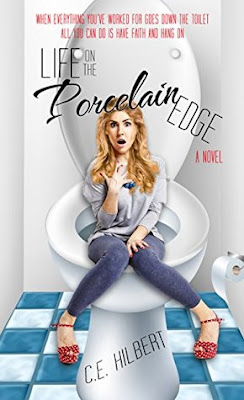 Everything in Tessa Tarrington's life is swirling out of control.


Burglarized apartment. No job. Sick dad. And to top off her list of lemons, she returned to the one place still haunting her nightmares: High School.
Teaching at her Alma Mater wouldn't be awful, except she is sharing purgatory with her mortal enemy: Ryland Jessup.
But after eight years, and tragedies she can barely understand, Ryland no longer fits her mental image of an over-sized bully. With each passing day, he is rapidly ascending her like meter and she's not quite sure how that happened.

Ryland Jessup is slowly pulling the pieces of his life together. After the sudden death of his wife, he hung up his professional shoulder pads and picked up a whistle, coaching his high school football team and raising his daughter. The sudden return of his childhood crush, Tessa Tarrington, has fueled his chivalrous soul. But will the return of his best friend stifle any hope he has to ignite the dream of a relationship with Tessa?

“Coach Jessup I don’t believe there’s anything I need, but thank you for asking.”


He shoved away from the doorframe. With two steps into her classroom, Tessa’s breathing went shallow. The man’s mere presence sucked all the oxygen from the room. He was well over a foot taller than she was, with shoulders every linebacker in America envied. His hair was military short, likely to avoid the curl he’d hated as a child. His gray eyes twinkled with a smile, but she knew the devil was ready to pounce through those full lips.
“Well, Miss T. I think there is.”
“Please don’t call me that.”
“Miss T.?”
“Yes, I buried that nickname under the fifty-yard line when I was seventeen years old.”
“What nickname? I’ve heard students all day referring to the new substitute Miss T. I think one of my football players told me that’s what the ’cool lady sub whose letting us read regular stuff’ asked to be called.”
“Oh…” She felt her cheeks warm to likely a fire engine red. She had told the students they could call her Miss Tarrington or Miss T for short. “I guess I did, but that was for the students. Not for the teachers.”
“Well, what are the teachers supposed to call you?”
“Tessa…”
“Naw….that’s no fun. You need a nickname. Everyone likes a nickname.”
She lifted her dilapidated cross-body saddlebag from the floor and shoved overflowing folders inside. “Not everyone likes nicknames. Trust me.”
He thrust a beefy hand through his cropped hair. “I’m sorry Tessa. I was trying to be nice. I seemed to have messed up again.”
“Again?” She questioned, hoisting the near bursting bag on her left shoulder.
He yanked her coat and hat from the hook behind her, brushing her shoulder with his arm. “Yep. I’ve hurt your feelings more often than a rookie quarterback gets sacked.”
“That many, huh?” She couldn’t help the tug at the corner of her mouth.
“Yes, ma’am. It all started with a little boy who was head over heels for the prettiest, smartest girl he’d ever seen but he couldn’t seem to ever get things right. And instead of making that little girl love him, he hurt her so bad, now she hates him.”
Her heart warmed with the tender gloss of his gaze. Not a little devil in sight. “She doesn’t hate you.”
“Aww, but I think she does. And I need to start making it up to her.”
She tried to slip on her wool jacket but struggled with the balance of the saddlebag shifting sides. With his forefinger he lifted the bag, and shrugged her into her woolen coat, hooking her bag efficiently over her shoulder. Gently, he tugged the soft toboggan over her ears, scrunching her ponytail to her head.
She swallowed against the rising thickness in her throat. “How’re you gonna do that?”

Maggie McKitrick loves everything about her new life in Gibson’s Run, Ohio—her charming bakery, her quirky customers, her distance from the past. Yes, she loves everything…except her new landlord. Police Chief Sean Taylor is like a piece of sand in an oyster—irritating, but with the promise of something beautiful. Despite Maggie’s self-imposed man-fast, she wonders what kind of treasure she and the lawman could create together. Sean Taylor likes to keep the peace, but his new tenant is making it nearly impossible to keep anything on an even keel—including his heart. Despite her sassy attitude, Sean is drawn to the beautiful pastry chef and has an overwhelming need to serve and protect her. As Maggie and Sean draw closer together, her long buried dreams about her life are reawakened into a hopeful prayer…until a threat from her past promises to destroy their future. Will Maggie be forced to run—again—starting fresh? Or will God answer her prayer and give her the happily-ever-after she’s started from scratch?

Maggie McKitrick has finally stopped running. After years of hopping from one city to the next to escape the terror of stalker, Mitchell O’Donnell – the pastry chef settles in the sleepy town of Gibson’s Run, Ohio, opening Only the Basics bakery. Her tiny shop is the realization of her new dream – a life filled with peace, stability and a place to call home. She loves her new life – the quirky, Midwestern charm of the town and her eclectic customers. She is content – thankful to God for the answered prayers of safety and anonymity – but in her deepest heart, she longs for love. And yet, love is a distraction she cannot afford because of the looming threat of a now paroled Mitchell and his skill for destroying the lives of those she loves, all in the name of God.

Despite her best efforts, she is having difficulty ignoring her greatest distraction – her landlord and the chief of police, Sean Taylor. Although she tries to ignore her feelings, she is drawn to the chief – awakening emotions she has not experienced in nearly a decade. Sean is the last of the Taylors in Gibson’s Run. He shares ownership of a few buildings – including Maggie’s – with his brothers, Mac and Joey. From his first introduction to Maggie by his old friend, Jane Grey Barrett, Sean is drawn to the petite brunette. He tries to keep both his landlord and chief caps on straight when dealing with her, but his growing attraction makes professionalism nearly impossible. He is torn. One moment he is struck by her beauty and sweetness, and then within the blink of an eye, he wants to hide from her sassy mouth and nagging-tendencies. He wants to know more about her – not just because of his feelings, but also to satisfy his need to not leave a mystery unsolved. She is quickly becoming his number one case. Her background check comes in squeaky clean, but his years as a detective in Columbus taught him to rarely believe what is on the surface.

Along with the mystery of Maggie’s past, Sean is faced with the seemingly basic nuisances of keeping the peace in a village. His biggest worries include a few noise violations, speeding tickets, and Sissy Jenkins – the town gossip – who keeps tabs on every nuance within the town limits. Although her activities are borderline illegal, she is, unfortunately, the best detective he has. Her most recent snooping surrounds a gold Camry with Maryland plates that Sissy is convinced belongs to a nefarious character. When a routine check on the vehicle reveals it was rented under an assumed name, Sean reaches out to his old partner, Chuck Riley, to help with the digging and discovers that newly paroled Mitchell O’Donnell rented the car. Because Sean is unaware of Maggie’s past, he is unable to see a link between O’Donnell and Gibson’s Run and shelves the information. Leaving Mitchell free to observe Maggie, undetected, for over two weeks.

Blissfully unaware of the looming danger, Maggie and Sean dance around their mutual affection with stolen glances, shared brownies and planning the dessert menu for a charity function. Afraid of what a relationship with Sean might mean, Maggie, struggles between her desire for the safety of being alone and the kindling need she has to be with him. As they draw closer, Sean challenges her. “Maggie-girl this is a fair warning – I am not backing off. I am officially playing the game, and I always play to win.” He asks her to trust him – something Maggie is unable to do.

She is afraid of losing control. She believes if she tells him her story, she will be forced to run again. But the burden of withholding the truth from Sean and her new friends is a weight she is barely able to carry, even with God’s help and she is on the verge of breaking under the load.

Through some soul searching and friendly advice, Sean realizes that even though he is leery of what is unknown in Maggie’s past, he doesn’t want to wait to be with her until she is willing to trust him. On the evening of the charity function, he goes to her apartment and shares his feelings for her – dropping the relationship gauntlet at her feet. “Maggie, I should be at the party. I should be shaking hands and laughing with my friends...I should be a lot of different places, but the only place I wanted to be tonight was right here on this couch with you. You aren’t going to run or make tea or find one of the million other distractions you have used in the last few months…. I like you, Maggie McKitrick. I like how you treat your customers as if they are the only people on the planet when you are with them. I like how you get all fired up about the silliest thing and then realize it’s silly and blush with embarrassment. I like how your nose crinkles when I say something you disagree with – kind of like you are doing now. I like you. And I would like to get to know you better. I get that you have stuff in your life you don’t want to discuss. That’s okay – for now. I just want the chance to get to know you and to see if what I am feeling for you is as big as I think it might be.” And with that moment their relationship transforms.

at January 31, 2019
Email ThisBlogThis!Share to TwitterShare to FacebookShare to Pinterest