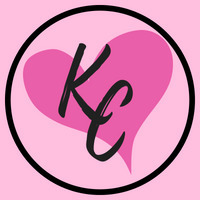 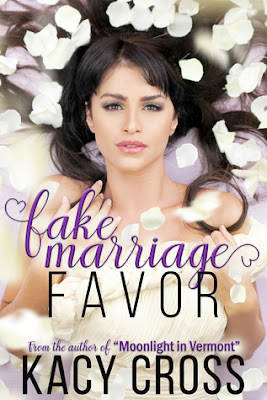 Kacy:  I have always loved fake relationship stories and decided I wanted to write an entire series. Malone and Nomi insisted on telling me their story first, so I always listen to my characters!

Kacy:  I always start asking my characters questions and as they answer them, the story springs from there. I had no clue what this book would be about until they told me.

Rad-Reader:  Can you tell us some backstory about your two many characters that the blurb doesn’t tell?

Kacy:  Malone is the ex-CEO of a multi-million-dollar company that his former fiancé stole from him, which wounded him deeply. Nomi's brother went to prison because she didn't defend him successfully and she's pretty messed up from losing him, as well as dealing with her own failure. That's why it's such an emotional story--these two friends are supporting each other through some pretty heavy stuff.

Rad-Reader:  How long did it take you to write this story?

Rad-Reader:  Do you use a rough draft when you write or just write?

Kacy:  I always outline first and then write. Once I'm finished, the story is pretty complete at that point and only lacks editing.

Rad-Reader:  Why is it that Nomi is so afraid to let Malone kiss her?

Kacy:  Because she doesn't want anything to change between them. She's lost her brother and her career--she couldn't stand losing anything else!

Rad-Reader:  Malone said himself that he has been looking after Nomi.  So, why does he act so weird about liking her?  In a way, he would or could marry her, right?

Kacy:  He's gun-shy after his fiance stole his company. He doesn't want to be hurt again, so it's easier to stay friends with Nomi, even when they get married.

Rad-Reader:  Malone’s ex-sure did a number on him what exactly did she do to him?

Kacy:  She saw an opportunity to steal his designs and launch them as her own--which is what she did! Then Malone's company couldn't survive so he had to sell it.

Rad-Reader:  After the company bought him out did they fold or are they still in business?

Rad-Reader:  Nomi’s friends know the score about their marriage, but Carolina gives him a talking to about the gift.  Is that the gift of “each other?”

Kacy:  She was actually talking about the segment on her show, Ask Carolina. But she's so crafty, she probably meant the gift of each other too.

Rad-Reader:  We see this mostly from Malone’s POV.  Is that mainly because he is such a loner and he has the most problem with mingling?

Kacy:  This is such an interesting question because Nomi and Malone have exactly the same number of chapters in each of their points of view. He's definitely a loner and has a heavier emotional burden than Nomi, but the story is equally both of theirs. I'll take it as a compliment that you responded to him so much that it seemed like it was mostly from his POV.

Rad-Reader:  Before the, I do’s, they both have feelings for one another.  Why not talk about it?

Kacy:  Because they both refused to admit it! It takes a lot of time for them to unravel the lies they're telling themselves about their feelings.

Rad-Reader:  So, is Mikel saying he wasn’t guilty but that she got on her high horse and found him guilty as her own private jury of one?

Kacy:  :) You'll have to read Mikel's book to find out. It's coming later this year.

Rad-Reader:  Malone is talking himself right out of a relationship with Nomi.  What is he thinking exactly?  When it comes to wanting to love her and being alone?

Kacy:  He's just scared. :) Poor guy. He needs a strong woman to get him over his fears, but don't worry--I gave him one.

Rad-Reader:  Malone is touchy about his job and his past.  Every time he puts up barriers, she tries to break them, and he gets upset. Why?  Yet, he can but in about her brother, no problem, right?

Kacy:  He's so touchy because losing his company bothers HIM. He doesn't like being reminded of his failures. On the flip side, he sees his concern about Mikel as looking out for Nomi, not butting in. I think a lot of men are like this. :)

Rad-Reader:  It’s like he wants her and the kissing but on his terms.  Is that just the alpha male in him?

Kacy:  You bet. Alpha males are the best characters!

Rad-Reader:  He agreed to be her husband to get back at Camille and she needs him to run for the office.  But was upfront with him.  After that kiss. How can she figure out a way to pay him back and how not to make him not be sad?

Kacy:  It's a challenge all right, but she's up to it.

Rad-Reader:  Nomi and Malone have been kissing on a regular basis.  Then the picture comes out of the both of them with her running mate and all he can think is if Camille saw the picture.  Really?  What is he ever doing kissing Nomi?  He’s the one that brought it up in the first place.

Kacy:  So that's where Malone gets what he asked for and realized that wasn't what he wanted after all. That's my favorite thing to do to characters.

Kacy: Those are great choices! I couldn't think of anyone better.

“Devastating – Roman Alexander”
What Nomi feels like to Malone when he’s near her.  So, when she asks for a favor, he feels hard pressed to say yes.  To help her.
https://youtu.be/9yP_FCGCRLs

“Alone Together – Daley ft. Marsha Ambrosius”
Malone really wants Nomi with all that’s in him but he has skeleton’s in his closet that makes that impossible.  She couldn’t do it alone when he was a loner.
https://youtu.be/uV2kWGSFYXM

“I Can’t Make You Love Me – Tank”
Nomi had promised Malone to remain friends with Malone.  He felt the same way.  But slowly Nomi’s feelings were changing.  After their first kiss.  So, were his feelings, but he locked them down because of his bad experience.  Nomi was in it alone.
https://youtu.be/NXnhWthZ_k4

Kacy:  I hate to confess this, but I don't listen to a lot of popular music. Too busy writing!

Rad-Reader:  Do you write under a pen name?  If so, why?  You wrote for Hallmark too, Moonlight in Vermont.  Which I enjoyed the movie.

Kacy:  I did write a book for Hallmark and yes, I use a pen name because I always wanted to pick my name when I published a book.

Kacy:  I love writing for Hallmark! I have known my editor for a long time and when the Moonlight in Vermont project came up, she thought I'd be good for it. I was thrilled to get the opportunity.

Rad-Reader:   Did you have any say with the movie?  When it was made for the Hallmark Channel Movie?  If so, did you get to be on set?

Kacy:  No, I actually wrote the book based on the movie, so the movie came first! Hopefully one day it will work out the other way around.

Rad-Reader:  When did you publish your first book?

Kacy:  Moonlight in Vermont came out in January of 2018

Rad-Reader:  What three items can’t you leave home with daily?

Kacy:  I work from home and actually don't leave the house very often! But when I do, I have to have my wallet, phone, and car keys.

Rad-Reader:  What is your next project and when will it be due out?

Kacy:  Fake Marriage Mistake is Lilith's book and it comes out February 1st.

Kacy:  My books are free to read in Kindle Unlimited or you can buy them on Amazon here: https://www.amazon.com/author/kacycross

Kacy,
Thanks so much for being with us.  We are so happy that your dream of writing your first book with your name that you picked out.  That is just exciting that is a series also.  You go, girl!  Come back and let us know when your next book drops so we can put it on our Shout Out page.
Thanks,
Char
at January 25, 2019
Email ThisBlogThis!Share to TwitterShare to FacebookShare to Pinterest