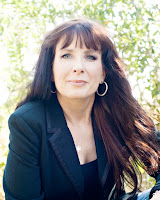 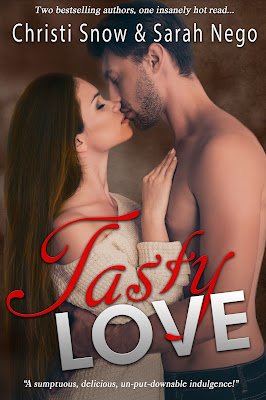 At the age of sixteen, Val Garcia made the worst mistake of her life. She trusted the wrong guy, and hurt the guy she loved. She can never atone for that one mistake, but she’s trying.

As a cop, Spencer Murdock is trained in the art of evasion, but that isn’t helping him avoid the pariah in his life...his first love, Val. It doesn’t help that as the town baker, his friends and coworkers are always moaning over her cupcakes. Yeah, it sounds dirty to him when they do it, too.

Now, he has to work with her daily, see her daily, listen to her soft voice and see her smooth skin...daily. And daily he’s seeing her more as the girl he fell in love with, not the girl who destroyed him.

There’s no way they can have a second chance. That trust is broken. But every day there are glimpses that make them both ask...what if? 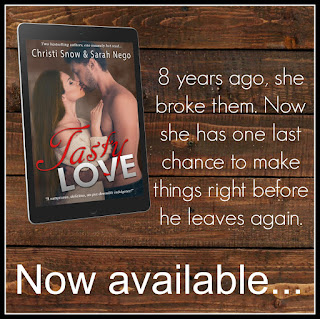 There are links to all my books and the universal links on my website...
http://christi-snow.blogspot.com/p/when-mission-ends-series.html


The plan had always been, finish college, move back to Colorado, and run Naked Brews with her dad. That plan fell apart when Lake's dad died and his ex-wife, AKA the absent maternal figure, inherited the brewery. Now Lake will have to convince her perfectionist mom not to sell the place, sweet talk the bank into a loan she has no credit for, and figure out how to turn the failing brewery into a success. No problem.

Walsh
The job should be simple. Pretend to be his millionaire best friend, buy a failing brewery, and honor their fallen brother-in-arms. But simple went down the drain the minute he met the sassy new brewery manager. Now he's stuck between a loud-mouth sarcasm factory and her mom. He'd prefer to be trapped between Lake and a soft bed, but he swore he wouldn't sleep with the brewery owner. Though technically she doesn't own the brewery...

Naked Brews
They both want to buy the same brewery and ignore the chemistry brewing between them. What could possibly go wrong?

This book was previously published as Deliciously Smooth by KB Jacobs (a pseudonym used by Sarah Nego and Christi Snow). 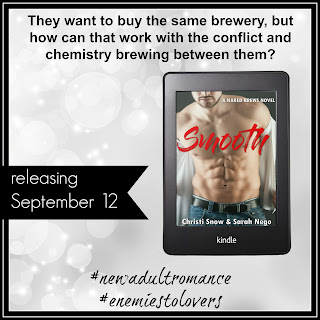 There are links to all my books and the universal links on my website...
http://christi-snow.blogspot.com/p/when-mission-ends-series.html

As an avid reader her entire life, Christi Snow always dreamed of writing books that brought to others the kind of joy she felt when she read. But...she never did anything about it besides jot down a few ideas and sparse scenes.
When she turned 41, she decided it was time to go after her dream and started writing. Within four months, she'd written over 150,000 words and hasn't stopped since.
She's found her calling by writing about sexy, alpha heroes and smart, tough heroines falling in love and finding their passion. An author of twelve novels and two novellas, she's truly living the dream and loving every minute of it. Her days in her West Texas home are spent reading, writing, and taking care of her husband, two kids, and two cats.
Her tagline is... Passion and adventure on the road to Happily Ever After. She's loving this adventure!