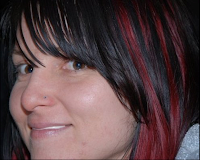 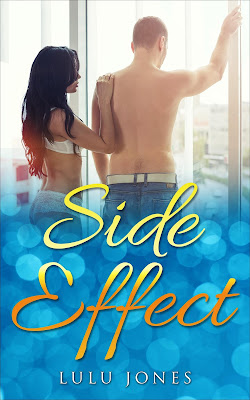 Kendall Atherton- a promising psychology student, has been given the most unusual proposition- payment of a whole semester's tuition fees if she agrees to treat a patient in his home. Maton Lee has been through a traumatic experience, one that sees him confined to his apartment. Vanessa- his desperate mother, just wants to see him get well. But his challenging and rude demeanor is so much more than what Kendall can handle. Defeated and humiliated she vows never to return. But Kendall has already accepted Vanessa's money and owes it to her to make one more attempt to get through to the broken yet beautiful man.

It's not long before Kendall is drawn to him, but this is not a normal boy meets girl situation. If anyone discovers she is having an affair with Maton, she will be thrown out of her course. But the last person Kendall expects to expose her is Maton himself. Except Maton doesn't count on the strength of his feelings for her and when Kendall's life comes under threat from the same man who preyed upon him, he may just have left it too late to tell her how he really feels.

“I didn’t think you would come back,” he said into the silence.
“Do you want me here, Maton?” she asked, and finally, he detected an emotion—anger.
“Of course I do,” he said, his voice now harsh and emphatic. “I should be asking you if you want to be here.”
She took a few steps closer to him until she stood just in front of him. “Tell me you understand that what you did was wrong.”
“I do, Kendall. I was a freak.”
“Oh, Maton,” she said, her voice and expression softening. “You’re not a freak. But maybe a little misguided.”
“I just wanted to protect you.”
“It was totally the wrong way to go about it.”
He hung his head. “I know. I’m sorry.”
She stood back from him, then, and did something totally unexpected. She pulled one strap of her dress down, then the other. Then, she peeled off the material that covered her breasts so that they were completely exposed to him. His cock reacted instantly, violently, and he couldn’t help but think of how eerily similar this situation was to the dream he’d had.
“What are you doing?” he asked. Why did his voice have to be so shaky?
“Touch me, Maton,” she invited huskily, but he couldn’t move, immobilized by his fear. He could feel his anxiety returning, sweat beading on his forehead. She stepped toward him when he didn’t move. Gently, she took his hands in hers and pulled them toward her body, placing his palms over her breasts. He closed his eyes and exhaled.
“Kendall,” he murmured, his voice trembling as much as his hands were.
“Do you like them?” she whispered.
“They’re beautiful.”
“Feel them.”
He opened his eyes, looking into hers, a fathomless crystal blue. His breath caught at her beauty, but he couldn’t do it. His hands would not move. He pulled them back again like he was touching something hot.
“I-I can’t.”

Quinn Sinclair is a reporter, passionate about exposing the truth through her work. Quinn is so good that she almost won an award for an exposé she wrote on the Holloway’s- a dynasty of media moguls. But how was she to know Grayson Holloway would eventually buy the embattled newspaper she worked for? Gray makes no secret of the fact that he wants her blood and Quinn is happy to fight back. But what neither of them expected was to be fighting an animalistic attraction toward the other. Their attraction grows, despite the fact that they both know how wrong their feelings are. It comes as no surprise that Gray’s family wants to tear them apart, yet they find themselves fighting to stay together. But it’s Gray’s own misdeeds of the past that threaten to destroy their relationship the most, misdeeds that involved Quinn and his obsession to see her destroyed. Gray must convince Quinn that he did those things before he knew her; that circumstances change and he feels differently now. Quinn must overcome the facts of the past if she wants a future with the only man who has ever made her feel such passion.

“I should probably head off to bed myself,” she said finally, standing. “It’s getting late.”
‘Quinn, wait,” Gray said standing as well. She looked at him, waiting for him to speak. “How’s the article going?”
“It’s going well,” she answered without elaborating. They were now looking at each other where they stood, both leaning on the verandah railing.
“I’ll be reading it before it goes to print.”
Quinn furrowed her brow in annoyance. “It’s a good article, Gray. How could I possibly write anything bad about Taryn?”
“I would’ve thought the same about my mother the other day, but there you have it.”
Touché, she thought. “I’ve already apologized for that. You don’t treat any of the other reporters like this.”
“They didn’t write slanderous articles about my family. Tell me something,” he continued before she had the chance to speak. “Something I’ve always wanted to ask you. Why did you write that article?”
“I thought you didn’t want to know.”
“I’ve changed my mind, tell me your side of the story.”
She looked at him, assessing him for his usual venom, but it wasn’t there. His features were set impassively and he was watching her patiently waiting for her to explain, although his body still seemed primed for a fight.
“I was given a tip-off,” she said. “It was concrete.”
“What kind of tip-off?”
“A guy named Alex, he used to freelance for your father’s paper and was a colleague of my boy… ex-boyfriends. He was the one who doctored the image. He had all the original files on his laptop, but Alex wouldn’t testify and without that piece of evidence, I had nothing. And now he’s gone into hiding, so it’s case closed.”
“My father and brother would never allow that to happen in their paper.”
“They knew, Gray. They knew all about the image.”
“I know them, I know how my father works, it couldn’t have happened the way you claim.”
“Do you really know them?” she challenged. “I mean, your dad cut his own son from the family empire.”
Gray laughed sharply. “You of all people should know better than to believe what you read in the media.”
“I’ve done my research on your family, Gray.”
“Well, here’s a bit of inside information for you. I wasn’t cut, I left. You see, you don’t know everything about my family. So, I suggest you back off.”
“So that’s it, you’ll never believe me. You’re always going to hold this vendetta against me?”
“Yes,” he said coldly, taking a step toward her, trying to intimidate and unnerve her. He had that look again like she was mold, but no way was she going to back down.
“I thought we made some progress the other day but obviously I was wrong,” she said, echoing his action and taking a step toward him, her eyes alive with anger. Obviously, he’d expected her to retreat and she saw his eyes widen in response to her bold move. It empowered her.
“You’re. Playing. With. Fire,” he said.
“I’m. Not. Scared. Of. You,” she responded, mirroring his tone.
“You should be,” he growled one second before he closed the distance between them completely, slamming her body hard into his and anchoring her head firmly in place with one strongly splayed hand.
“Gray.”
She tried to protest but his mouth plunged down onto hers in an explosive kiss, hot and firm on hers. His lips slid across hers while his tongue explored her mouth. Desire blazed through her like a bushfire, forcing her to respond. Somewhere in the recesses of her mind, she began to understand the fine line between love and hate as Gray rendered her senseless. He was relentless, his mouth sliding across hers and now she could feel the softest nips from his teeth against her lower lip. The kiss went on and on and he only stopped when he elicited a sob that escaped from deep within her, a sob that was either an expression of desire or anger, she couldn’t work it out. He wrenched his mouth from hers and Quinn’s eyes fluttered open taking a moment to focus. Her brain felt fuzzy, still processing the fact that Gray had just kissed her.
“Guess I proved my point,” he said.
“What point?” she said once the fog cleared and she realized Gray had spoken.
“That you’re hot for me.”
She gulped in a lungful of air, unable to speak as she took in the cool, smug expression on his face. He didn’t even appear to be affected by their kiss whereas she was so shattered by it that she’d been rendered speechless. Her eyes slammed into his, a hot and angry glare in her gaze.
“You arsehole,” she said finally locating her ability to speak. She hit against his hard chest until he let her go. She took a few paces away from him, paused and turned to look at him. “This is exactly why I’m over men, you’re just like the rest of them,” she said, her hazel eyes still shooting fire at him before she spun on her heel and fled to her room.

at February 07, 2019
Email ThisBlogThis!Share to TwitterShare to FacebookShare to Pinterest