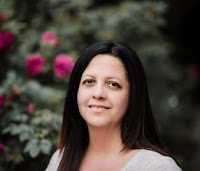 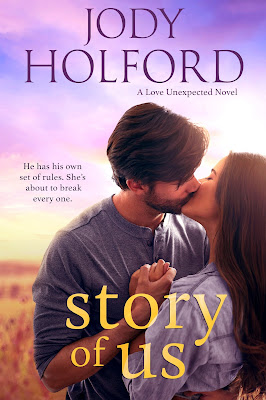 Declan James has been Brockton Point’s most ineligible bachelor––happy with his short-term relationships and focusing on his business. But now that his closest friends have found their happily-ever-afters, he can’t help but wonder what that might be like. And then Sophia Strombi shows up on his doorstep.

Sophia’s life is––well there’s no other word for it––a mess. She’s grateful to have some work at her brother’s best friend’s bar, and a place to stay. Since she’s working hard to get her life back on track, she’s desperately trying to ignore the fact her boss makes her heart pound in a good way. Wait––no. That’s not good at all.

Besides, she has a huge secret she’s keeping from everyone––one that’s a life-changer. 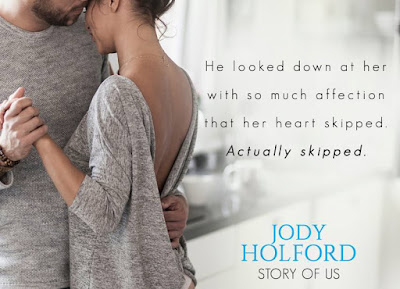 He waited and the only sounds were the gentle buzz of the computer and their combined breaths. She hoped only she could hear the heavy beat of her heart.
His fingers came to her cheek and he turned her to face him. “Are you going to stay with your parents?”
Stretching her mouth into a phony smile, she shook her head. “No. Would you move back in with your parents at twenty-eight?”
He snorted out a laugh and dropped his hand, leaned back in his chair and gripped the arms rests. “Not in this lifetime. I love them, but no way would I bunk with them again. But that’s different. I haven’t been gone ten years.”
“I bet, even if you had, you wouldn’t crawl home.”
Declan stared at her, his dark eyes too intense for the rollercoaster of emotions Sophia was juggling. “Your parents—your family—love you, Sophia. Whatever happened, they’ll be thrilled you’re home. Why are you so scared?”
She hated that word. It was exactly what she felt, not that she’d tell him that. “I’m not scared. I’m an adult. I’ve moved back into town and I’ve secured employment. Next on the list is a place to live. Then I can show up and tell them I’m just fine.”
Declan reached out and took one of her hands. He rubbed his thumb over the back of it and sensations tumbled around like her emotions. It wasn’t even noon yet. How could she feel so freaking much?
“Are you?”
Her eyes shot up to his. “Am I what?”
He leaned into her space again and she wondered what it would be like to press her mouth to his. It was hardly the first time she’d wondered if his lips were as soft as they looked. She wanted to run her hand along his strong, square jaw and feel the rasp of his stubble against her palm. Against her neck.
“Are you fine?” His voice came out a husky whisper.
Blinking back tears and taking a deep breath, she nodded. “I am. Stop worrying. I don’t need another big brother, Declan. I needed a job, you gave me one. And I stand by what I said, you won’t be sorry.”
As they turned back to the spreadsheets and he showed her his accounting program, Sophia wondered if she’d be sorry. Sorry for coming back, for staying away, for keeping secrets. Stealing little glances at Declan while he spoke, she wondered what her life would have been like if she’d stayed. Would she have worked for her family, settled down, married someone they approved of and had a happy little family?
Sophia put a hand to her stomach and swallowed the lump in her throat. No sense wondering “what if” when she had a whole hell of a lot of “what now” to face.

Megan Carter’s spent the past five years nannying for a pint-size boss—the adorable Charlie—while also navigating her full-size boss, his somewhat grouchy, way-too-methodical dad, Adam. Now that she’s finally moving on, helping Adam find her replacement should be easy…except he doesn’t want another nanny. He wants a wife.

Adam’s been burned by love in the past, so of course, he believes finding someone who can be a partner in raising his son is all that matters. Too bad the woman helping him search is the biggest believer in love at first sight and happily-ever-after he’s ever met.

Even as Adam’s funny, charming, and—who would have thought it? —super-hot side starts to come out, Megan knows that without love, a family would never be complete. But convincing Adam of that might be harder than she thought.

“What kind of questionnaire? What do they want to know?”
The urge to mess with him made her grin. Like he could read her mind, he glared mockingly at her. “How did I not know you had an evil side?”
She shrugged and typed in the registration information. “Same way I didn’t know you were funny, I guess. We don’t talk much.”
“Except about Charlie.”
She smiled at him and finished typing. “He’s a good topic.”
The flecks of gold outshone the dark green in his eyes when they went soft like that. “He is.”
Once she’d gotten him set up with a username and password on the first site, she skimmed over the welcoming information. She’d compared sites based on their reviews, percentages of long-term matches, and target markets.
“So. This site has a ‘This or That’ quiz. Do you want to read it or just tell me?’
She looked at him when he didn’t answer and saw he was on his phone, reading something.
“Adam.”
He looked up and gestured for her to carry on. “Read it out loud. I just need to respond to this.”
Sighing, Megan looked back at the screen. If he couldn’t even give his undivided attention to filling out a form, what would he be like on a date?
“Day or night?” she began.
“Huh?”
Huffing out a breath, she glanced at him. Still on his phone. “You say which you prefer.”
“Uh, okay. Day.”
He started typing something on his phone, but Megan continued. He was used to multitasking. Perhaps she should put that as an attribute in his file.
“Beach or city?”
“City.”
No surprise there. A beach might mean relaxing.
“Talking or texting?”
He looked up with a crooked grin. “Talking.”
She shook her head but smiled. “Kiss good night or kiss good morning?”
Both. Megan’s heart fluttered in her chest. Adam was staring at her when she turned her head.
“Is that really a question?”
“Why would I ask otherwise?”
She bit her lip and saw that his gaze tracked the movement. Breath hitching in her throat, she looked back at the screen.
“Good night.”
Megan told herself she was imagining his voice had sounded a bit rough. It was a good answer. Chances were good when someone kissed good night, they’d be there in the morning.
Clearing her throat, she asked, “Five-star restaurant or burgers at home?”
“Those are quite different,” he said, setting his phone down. Finally.
“Just choose.”
“Burgers at home.”
She smiled at him. “Because of Charlie?”
His grin was fleeting. “That and five-star restaurants are crowded, expensive, and serve small portions.”
She rolled her eyes. “Holding hands or not?”
Please be a hand holder.
Oh my God. It doesn’t matter!
“Holding hands.”
Megan kept her gaze glued to the screen so he wouldn’t see her unwarranted relief at that bit of knowledge.
“How many more? This seems like a waste of time,” he said, leaning in to look over her shoulder.
And there it is. Immediate heat douser.
“Four more. A spontaneous night out or planned evening?”
She’d already clicked planned when he answered, making him arch one of his dark eyebrows.
“Lucky guess,” she said. He was still leaning over her shoulder, and it was making it hard to concentrate.
“Three more.”
“Hiking or parasailing?”
“Neither.”
“Do I have to explain this to you, again?”
“Hiking.”
“Props or no props?” She was not looking at him for this one.
“Props for what?” His phone buzzed and he looked down at it again. She let the silence hang between them while he answered a text.
“Sorry. What kind of props?”
Despite the heat trickling up her back and across her front, she looked at him and widened her eyes meaningfully, hoping he’d get it.
Clueless, he asked, “For acting?”
“Props. Like, in the bedroom.” Could her face actually catch on fire?
Adam’s scrunched brows suddenly bounced up and his lips formed an O.
“Well, it’s been a while, but I damn sure don’t need help.”
Megan bit her lip to keep from laughing or swooning. Because, pissy, uptight attitude or not, she liked a man with confidence.

Any online retailer like B & N, Amazon, Amazon Canada, Kobo, iBooks carries my books. There are a few in our local book store and I have some in my office lol.

Jody Holford is both a contemporary romance and cozy mystery author. She lives in British Columbia with her family. She's unintentionally funny and rarely on time for anything. She has an equal amount of love for writing and reading the sigh worthy moments in a book.
Newsletter: http:/eepurl.com/cftRf1

at April 10, 2019
Email ThisBlogThis!Share to TwitterShare to FacebookShare to Pinterest