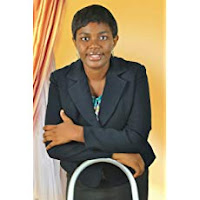 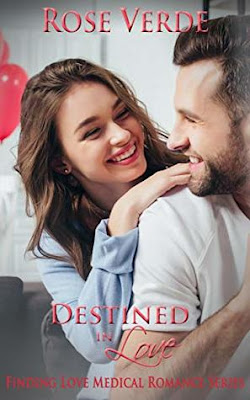 Rose:  I wanted to see what would happen if God worked on Chase and me didn't want a story where he returned a bad boy and got changed because of her association with Ruby but rather how he had changed without saying so.

Rose:  I get ideas from watching people act, talk, all kinds of stuff.

Rad-Reader:  Can you give us some backstory on Ruby and Chase that the blurb doesn’t tell us?

Rose:  Hmm. I think this would be a spoiler.

Rad-Reader:  Why does the town dislike Chase so much?

Rose:  Lol. Small towns where everyone knows everyone, it just takes a series of bad behaviors and you get a bad rep. No one understood what he'd had to deal with.

Rad-Reader:  Why would Ethan Shock Ruby like that?  What does he think he’s going to do by bringing Chase to the practice?

Rose:  He hoped Chase would resolve issues Instead of running from them. Ruby was just going to be naturally shocked because, after her humiliation, she concluded he was as people said.

Rad-Reader:  So, did Chase burn down the church?  With his musing, it sounds like he did or knows who did.

Rad-Reader:  Ruby is supposed to be the past preacher’s daughter and current preacher’s niece.  Yet, she is brutal to Chase upon finding out he will be working at the practice.  Why?

Rose:  Being a preacher's kid didn't make her less human or perfect. She had to find a way to deal with her hurts.

Rad-Reader:  I understand the hurt and embarrassment.  But why the vicious verbal attack?

Rose:  Like I said, she was hurt. But I wouldn't call her words vicious. Besides she felt remorse for reacting the way she was.

Rad-Reader:  Chase has every right to lash out at people who, have talked to him harshly about his past.  Yes, he will be the first to agree he was bad.  But he has grown up, but he is back to help.  Will they allow him or are they using the non-Christians method of ‘Only on Sundays’?

Rose:  Christians are not perfect people rather we're all working towards perfection. Basically, I tried to show how we can behave when we give in to our emotions instead of behaving like Christ whom we profess to follow.

Rad-Reader:  Ethan has a tough road ahead of him why doesn’t he go to church and explain his situation and how he needs, Chase?

Rose:  He knew his friend was changed but it was Chase's story to tell.

Rad-Reader:  How did no one see the way his father was treating Chase?

Rad-Reader:  Could it have been he was gifted and that he was bored at school?

Rad-Reader:  Ruby feels something for Chase but refuses to talk or look at it.  Why?

Rose:  She was afraid to get hurt again.

Rad-Reader:  Chase is fighting a losing battle and once again he is having to fight his battle alone.  Ethan is of no help.  Soon he could just leave, Right?

Rose:  Yes, but changed or not Chase didn't run in the midst of a problem 😀

Rad-Reader:  As parents, we may not like the actions of our kids and fight with them.  But it doesn’t mean we don’t love them.  Do you think his dad disowned him out of fear of his own heart being hurt anymore?

Rose:  His father didn't know what to do with him and more because he thought himself a failure.

Rad-Reader:  Why is she so ashamed to be seen dating Chase?

Rose:  Ruby is a very private person. It was human for her to worry especially when she feared he'd leave her to deal with the fallout.

Rad-Reader:  Does she or doesn’t she love him?

Rad-Reader:  Is it that Chase still feels guilty about the church so he is projecting a solo life as penance?

Rose:  He realized how bad things had turned out. I think for once he wished he'd done things differently. It all started his journey to redemption

Rad-Reader:  Chase carried a secret but wasn’t it that it was his fear was what was the cause?

Rad-Reader:  What songs best describes your couple or your book as a whole?

“Burden – Keith Urban”
Chase had left home under painful hurt and sadness.  He was cast aside by the one person who should have understood the most.  Pain is, pain but when you’re drowning, we forget to look up or ask for help.  So, when thrust into a fearful event that changed his life forever, he asked for help, finally.

“No Such Thing - Sara Bareilles”
All it took was one fake kiss and months of crushing on Case while tutoring him for Ruby to lose her heart.  Now, twelve years later and she can’t release him from her heart and mind.  So, when he is sprung on her at the private practice as the new summer doctor.  She is not happy.

“Never Alone – Tori Kelly ft. Kirk Franklin”
Chase and Ruby each separately had asked for the Lord’s help.  Now they needed to have enough faith that He was going to work and answer their prayer.  Not always in their time plan but his.  He is the driver, not them.

Rad-Reader:  What do you like to do when you're not writing?

Rose:  I read, sing, play guitar with my kids. Lots to do.

Rose:  Like 5 years ago. Until then I read a lot. I didn't really start writing until 2016

Rad-Reader:  What are the three things you can’t leave home without each day?

Rose:  Lol. My phone, because I listen to messages, my tab because I write when I can, my bag that carries everything.


If I left anything out, please let me know. Thanks again!! 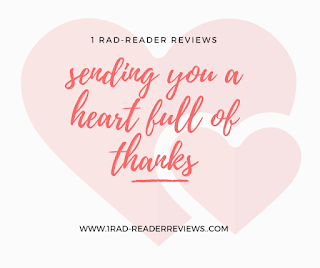 Thank you for taking the time to be with us.  We know how hard it can be to take the time to write and to do interviews even harder.  So, we are really glad that you took the time to answer my fangirl questions.
Thanks again,
Char


at May 31, 2019
Email ThisBlogThis!Share to TwitterShare to FacebookShare to Pinterest