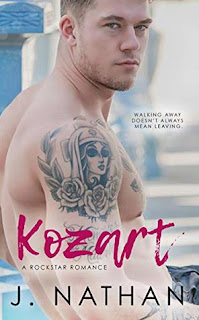 J:  I had just finished writing For Emery and was thinking about what I wanted to do next. And a vision of a girl seemingly passed out on a bar (but wasn’t drunk) popped into my mind. I wondered what would happen if some famous guy stumbles upon her and they hit it off. So, I just went for it. At first, I thought Kozart was going to be an athlete. I’m so glad I made him a rock star now!

Rad-Reader:  What gave you the burning desire to write the book?

J:  I just played around with the first scene, and after that, I couldn’t stop writing. I just needed to know what would happen next.

Rad-Reader:  Can you give us the backstory on Aubrey and Kozart that the blurb doesn’t give us?

J:  Kozart is sick of the “rock star” life. He has no idea why people like him outside of him being the lead singer of a rock band. And Aubrey is this sassy and strong woman; she has a boyfriend who she adores and can’t wait to live with during their senior year of college. They plan to travel...until she finds him cheating on her at her sister’s wedding.

Rad-Reader:  Is Kozart his real name or a stage name?  And what does it mean?

J:  Z is his stage name (stemming from the Z in his name) and everyone but Aubrey calls him that. He introduces himself as Kozart, so she calls him that throughout the book. That’s who he is to her. I think Kozart likes it because she isn’t falling for Z the rock star. She’s falling for Kozart the man.

Rad-Reader:  Aubrey seems to have become Kozart’s drug of choice.  Why does she allow him to play with her emotions?  No different than her ex.  With the call.

J:  He can’t stay away! There’s something about the sassy way she was with him upon their first meeting. And it was also a thrill that she didn’t know who he was. He could finally find out if someone actually liked him for him.

Rad-Reader:  It’s kind of creepy how he keeps calling and showing up.  How was he able to track her down anyway?

Rad-Reader:  What if it’s a case of wanting what he can’t have and she is that fruit?

J:  Don’t think Aubrey isn’t conflicted over Kozart. She definitely is. I think most girls would love the idea of being with a rock star, but at the same time hate all that comes with being with a rock star—and everything being a rock star is supposed to entail—sex, drugs, and rock and roll. Kozart tries to warn her. But deep down his warning is only half sincere.

Rad-Reader:  She doesn’t want to worry him, so she doesn’t tell him about all the unwanted attention.  What is the real reason?

Rad-Reader:  When the P.R. person and his manager find out they act pissy.  Why did he allow it?  He’s not the first to want a normal relationship.  He himself could just tell his fans her age and that they are in love and ask to please respect both of their privacy.  Couldn’t he?

J:  I think he feels cornered. Like his own people are interfering and it’s tainting what he and Aubrey have. He has loyalty to the band, specifically Treyton, first and foremost. He’s confused.

Rad-Reader:  The Ferris wheel was just so genuine.  Our first three children came from foster care and the simplest things we take for granted are overwhelming or amazing to them.  How did you find the place to capture emotions within yourself to help Aubrey, but for us as the readers? To be able to understand him and then her emotions and actions?

J:  We have a cousin who came from a similar situation where he never celebrated Christmas. His first Christmas with our family was the way you described above(overwhelming and amazing). He could not believe he got gifts and every time he was handed another one, he yelled, ‘I got another gift?” It was heartbreaking and beautiful at the same time. I tried to show how people who didn’t grow up with things that others take for granted as authentically as I could.

Rad-Reader:  Geoffroy’s mom had Moxy asking snotty questions about Kozart because Aubrey rejected her baby.  Why didn’t anyone say anything to her or her son before Kozart did?

J:  They were probably so aghast by her prying. Plus, he needed a good entrance😂

Rad-Reader:  Was there bad blood between her and Reggie for snubbing her?

J:  I think his loyalty was to Z at that time until Z pulled that stunt. Then he wanted to protect Aubrey and she got that eventually.

Rad-Reader:  Don’t you think it was greed that motivated the so-called team (band etc.….) for pressuring him to get rid of Aubrey?

J:  This is such a tough question because I have no idea!! I like readers to envision whoever they’d like while reading. Though, I think my cover model, Kaz Van der waard, captures the Kozart vibe, and my back-cover model captures Aubrey.

Rad-Reader:  What song or songs best describes your characters or your book best?

Kozart came to her rescue the night of her sister’s wedding when her ex was caught in her sister’s bridal suite boinking another bridesmaid.  Those few hours at the wedding and his amazing toe-curling kisses left her missing someone she really just picked up in the bar.  All the years with Geoffrey she never felt like this.

When she received her first connection to Kozart after her sister’s wedding she was completely blown away.  When she found out friendship was all he could promise she was disappointed but figured it was the best since she had just been cheated on.  Getting involved with a rock star who admits he couldn’t promise to stay faithful since he’s never tried.  She would help him sleep and he would help her heal.

“I Love You as You Are – Daughtry”

When Kozart realized that he could not live with the arrangement he had set forth of “friends only” with Audrey.  He knew he wanted so much more, and he realized he could stand the thought of her with anyone else.

When Kozart was pressured by his band and the powers that be about the fact that they have a relationship, he makes the wrong decision without talking it over with her.  If he would have spoken to her in words, she could understand it would have gone so much better for them both.

“To Save Something You Love – Sam Riggs”

On bad advice he allowed his career to be more important than Aubrey.  He did what he said he wouldn’t.  He broke her trust.  Not only that he did it in a very public way so that she was left with the repercussion on campus.  She was now on the bad side of fame and it wasn’t her fame.  Something she didn’t sign up for.  Good or bad.  Now he was willing to talk weeks later when the damage was done, and she had gotten her hate on.

J:  I totally got Kozart and Aubrey vibes listening to
“To Save Something You Love” by Sam Riggs.
https://youtu.be/VVYGgN-b1KI

I’m listening to “I Can’t Breathe” by Parker McCollum
https://youtu.be/VWArL_68RKg
as I write the second book in the series. It fits my new story as well as Kozart’s story. I love country music, so that definitely inspires me.

*At the end of Kozart, I included a playlist that goes along with the story (in a way I can’t say unless you’ve read it). Readers like having that to listen to after!

Rad-Reader:  If you have children do you have any budding writers in the mix?

J:  Yes! My nine-year-old son has written two stories and they’re really good. I promised to help publish the second one when it has been proofed and we get him illustrations.

J:  In high school, I thought I wanted to be a film director. When I realized I wouldn’t want to leave my family in Rhode Island to pursue film in California, I needed to switch gears. I began screenwriting which I loved, but it is really difficult to get someone to buy a screenplay. So, in 2010, after I had my son and had moths off of work, I bought a laptop and wrote my first novel (which I never published). My second novel UNTIL ALEX was my first published novel in 2014, and I haven’t stopped since.

Rad-Reader:  Does everyone know that you’re a romance writer in your family and friends?  And what was their reaction when you first told them?

J:  No!!!! My family and friends know and think it’s great, but no one at work knows. I‘m a high school teacher, so could you imagine what my fellow teachers or god forbid the students would say if they read the sex scenes in my books?? I use a pen name and need to be very careful they don’t find out so my job is never in jeopardy.

Rad-Reader:  Now do you write in other genres besides romance?  If so, what?

J:  No. I love romance and HEA’s!! I do have a sports standalone series, but it’s still romance.

Rad-Reader:  Did you publish with a publishing house or self-publish?

J:  I self-published and realize it’s the best fit for me since I am a complete control freak and want the final say on everything😂

J:  The second standalone in the Savage Beasts series. I haven’t revealed who’s getting a book yet. Who would you like to read about????

J:  I love it when readers reach out to me. So please do!! 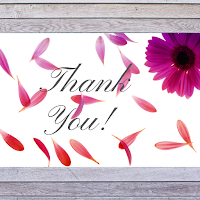 at September 13, 2019
Email ThisBlogThis!Share to TwitterShare to FacebookShare to Pinterest