COMING FRIDAY 7 PM PST. JULIA GABRIEL AUTHOR OF: THIS REMINDS ME OF US 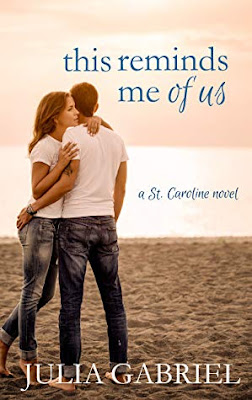 He's waited four months for this day … for his wife to wake up … for everything to go back to normal … a normal life she can’t remember … a life that might not have been as perfect as everyone thought ...

Deputy fire chief Oliver Wolfe had everything he ever wanted. A beautiful wife, two adorable (if rambunctious) sons, a job he loved, a comfortable home, and family and friends in his hometown of St. Caroline, Maryland ...

… until the day he has to stand by helplessly and watch his wife’s unconscious body gets cut from the mangled wreckage of her car.

Serena Wolfe was a blissfully happy newlywed with a tall, dark, and handsome firefighter for a husband and a honeymoon baby on the way …

… until the day she wakes up from a coma to discover that she’s actually thirty years old and has two adorable (if rambunctious) boys, a house, and friends … none of which she can remember.

That’s alarming enough. But Serena might have had a secret former life … which she also can’t remember … 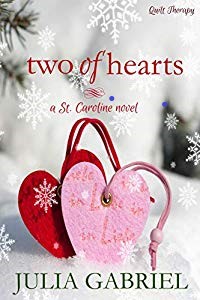 When straitlaced Cassidy Trevor and playboy Matt Wolfe are volunteered to co-chair St. Caroline’s first-ever Winter Festival, no one expects sparks to fly. Some opposites are just too opposite to attract ...

Cassidy is the backbone of her family’s quilt shop, the one everyone relies on, the person who makes the trains run on time. But she’s harboring a secret no one is going to like—she’s making plans to leave St. Caroline …

Matt Wolfe has spent his entire life living down to everyone’s expectations. As a member of a firefighting family, he’s also seen too many people lose everything in a heartbeat. He knows it’s easier to let go of things if you never let yourself really want them in the first place …

For Cassidy, a short fling is perfect. There’s no chance of love ’em and leave ’em Matt Wolfe tying her down. It’s ideal for Matt, too. Cassidy’s plans to leave town mean no messy breakup and no disappointment when expectations aren’t fulfilled.

Then the unthinkable happens …

The one person who supports Cassidy’s dream to leave St. Caroline becomes the one person she can’t bear the thought of leaving. And for the first time in his life, Matt is discovering expectations he wants to live up to … his own.

Can their secret relationship survive the opposition of their families?
Will it survive their own dreams for the future?

Julia Gabriel writes contemporary romance that is smart, sexy, and emotionally intense (grab the tissues). She lives in New England where she is a full-time mom to a teenager, as well as a sometime writing professor and obsessive quilter (is there any other kind?). If all goes well, she’ll be a Parisienne in her next life.

Her books have been selected as “Top Picks” by RT Book Reviews, and critics at RT Book Reviews, Kirkus, and others have called her work “nuanced,” “heart-wrenching and emotional,” “well-crafted contemporary romance,” and “deeply moving storytelling.”