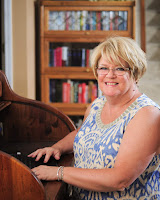 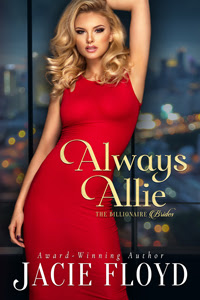 Allison Spencer is the billionaire president and CEO of Wyatt Enterprises. Following in her legendary mother’s footsteps as a strong, independent woman, she always gets what she wants—in business. Focused on her corporate responsibilities and raising her troubled teenage son, she doesn’t have the time or energy for romantic relationships. But when her high school sweetheart returns, she’s reminded of sweet memories and tempted by the possibility of passion-filled nights.


Buck Cooper left Atlanta twenty years ago in the midst of a family scandal. But now that the seductive tech developer is back on top of the business world, he seems determined to reclaim Allie’s heart. Their off-the-chart chemistry is a welcome distraction, but his past baggage and current secrets fill Allie with doubts. Uncertain if his pursuit is based on his desire for her or a plot to take over her company, Buck has an easy answer for all of Allie’s questions—except the one about their future.

A muscle clenched in Buck’s jaw. Rocking back on his heels, he shoved his hands in his pockets. It should have been a casual pose, but it made him look like a panther ready to pounce. What was that about?

“Are you mad that he wasn’t taking better care of me?” That was sweet. Chauvinistic and unnecessary, but sweet. “I can take care of myself; you know.”

“What would you have done if I was an actual assailant? I could have been hiding, waiting to drop you, brandishing a weapon. You would have been defenseless.” He stalked forward like a predator.
Taking his words as an insult, she straightened her shoulders. “I’ve taken self-defense classes.”

“What defense would you have against a gun? Or a knife? Or a garrote?”

Now he was being ridiculous. “You’d be surprised, but I rarely have run-ins with people with malicious intentions.”

She ignored the insinuation. Her personal relationships were none of his business. “There’s no point in trying to scare me.”

“I don’t want you walking in fear, but you should be more aware of your surroundings. Don’t you have a bodyguard?”

He looked around the room for a phantom presence. “Where is he?”

“Probably pulling into the garage about now.”

Shaking his head, he sighed. “You can send the driver home now. I’ll take you.”

She wasn’t quite sure when he’d moved so close. Suddenly he was there beside her, leaning against her desk, looming over her. His fingers slid into her hair. Slowly pulling pins from her updo, he lowered his mouth to hers.

And for the second time tonight, he stole her breath away.

Maybe she should have signaled for her security detail to call the cops. Buck was more dangerous than an ordinary thief. Dangerous in more ways than she’d ever considered. Her nipples might remain permanently erect. Her peace of mind was going to be shot. Her heart was at risk. Her nervous system would never be the same. This kiss alone might be the death of her. But it would be the best possible death.

At some point, he’d settled her into the vee between his legs. His mouth on hers, her tongue dueling his, she pushed him backward onto her desk. Tasting him, savoring him, ready to devour him.

Ummmm. She luxuriated in the crazy bliss of sexual arousal. She needed this. She needed him. Stretching on top of him, she pressed her chest against his. Their hips aligned, and she buried her hands in his hair. As her skirt rode up her thighs, his hand slid beneath it, stroking the round cheek of her ass.

With her mind blank to all but the most basic desire, the urge to join their bodies in heat and passion and all-consuming need pushed her onward.

His other hand delved inside her blouse and cupped her breast. She went for the snap of his jeans, his mouth found her nipple, and her subconscious buzzed with joy.

Buzzed loudly.
Or was that her phone?

Damn. It was her cell phone.

Reaching out, she groped for the maddeningly intrusive device. “What?” she asked, way too sharply, then tempered her tone. “What?”

A bucket of cold water couldn’t have brought her down faster or caught her more off guard than the sound of her son’s strained and anxious voice. 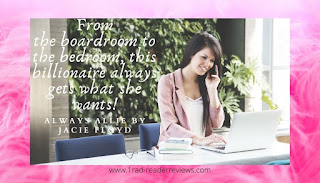 The fast lane is going nowhere for librarian Harper Simmons. Despite growing up in her mother’s glitzy world of high fashion and rock stars, Harper craves small-town normalcy and a place to call home. She sets her sights on Sunnyside, Illinois, determined to renovate and reopen the town library. But the locals aren’t sure what to think of this dynamo in designer clothes.

Growing up in a small town had its ups and downs for Doctor Zach Novak. Despite his gratitude for everything the Sunnysiders have done for him, he feels stifled by the constant scrutiny and inevitable matchmaking. Longing to make a difference in the world, he’s eager to leave the country on a medical aid mission…until he meets the enchanting new librarian.

Past scandals and current vandals leave meddling townspeople suspicious of Zach’s interest in an outsider, but the couple’s overwhelming attraction has them steaming up the nights with a secret affair. Now, he’s not so sure he wants to go; she’s not so sure she wants to stay. How can they have a future together in Sunnyside when everybody knows their dreams are worlds apart?

“There’s room at my house, but my dad and brother are out of town. If you stayed over, everyone in Sunnyside would have us married by morning.”


Harper suppressed a small scoff. “How would they know I was there?”
“Small town grapevine, honey.  Everyone knows everything. About everyone. All the time. Get used to it.” Zach took a quick visual survey of the neighborhood. “There are at least five people peeking out from behind their curtains watching us right this minute, waiting to see what I’m going to do with you.”
At last, he favored her with a real smile. His deep brown eyes twinkled and that smile pulled her right in with the down-home charm he hadn’t utilized nearly often enough so far.
Okay. Something else to adjust to. Not just a lack of amenities, but people who’d be curious about her off-work activities. In Chicago, she could have given an orangutan a blow job outside her apartment building and not generated much interest, but here, apparently, watching neighbors stand around on their own front porches constituted a spectator sport.
But okay, there were worse things. She had nothing to hide. She never had amorous adventures with orangutans, indoors or out. Everything open and above board, that described her normal, boring, every-day style.
And now that she thought about it, she didn’t like the sound of that. This was her new life. She should adopt a new style. Something more fun. More daring. More adventurous. At the very least, she could try for more flirtation.
If there were five people watching her, she should give them something worth seeing.
She gave her eyelashes a slow slide downward and then lifted them back up, conjuring the secret smile that her sister had perfected before she was twelve. Peering up at Zach, she brushed her hand across his shoulder, kind of cozy and caressing. Similar to the way Brianna had touched him, but with fewer Fatal Attraction undertones. Her fingers trailed up the back of his neck to tease the hint of curls that grew there.
Stretching up on tiptoe, she whispered into his ear. “That makes six of us then, ‘cause I’m curious to see what you plan to do with me, too.” 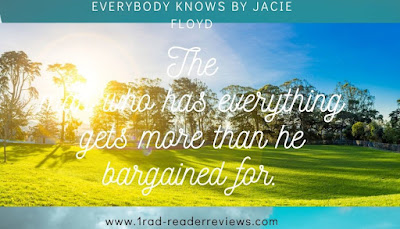 
at March 12, 2020
Email ThisBlogThis!Share to TwitterShare to FacebookShare to Pinterest