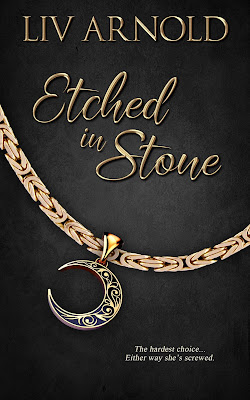 Rad-Reader:  Was it always your idea from the beginning to have Vanessa twice walk in on Sabastian while changing clothes?

Liv: The initial meet between Vanessa and Sebastian was always going to be her walking in on him in the changing room. My husband Tim said the idea as a joke and I went with it.
I added the second scene of her walking in on him late on. I thought it would be so much fun writing these over-the-top scenarios.

Rad-Reader:  Did the whole bar scene then Sebastian rescuing her Danny and the way he did it, was it always like that or did you need to rewrite it a few times?

Liv: This was one of the first scenes I wrote and it pretty much stayed similar even through the millions of rounds of edits. Who doesn’t like a knight in shining armor?

Rad-Reader:  What made you chose to have her mother with Kleptomania?

Liv: One of the characters in the TV show, Breaking Bad, had kleptomania. I always thought this was so interesting and wondered the factors that would bring this illness upon someone.

Rad-Reader:  Was there anyone or other people that gave you the idea for Vanessa’s Aunts?

Liv: I didn’t base the characters off anyone except for the name Lydia from watching The Handmaid’s Tale. I wanted aunts who were outrageous and so much fun. My family gatherings are quite tame.

Rad-Reader:  How did you come up with Detective Herovin’s Character?

Liv: Who doesn’t love a tough female cop? She stops at nothing to get what she wants. I wanted a villain who’s seriously flawed but also someone where the reader will know where she’s coming from.

Rad-Reader:  Did you have to research items that were part of the SEC  for the story?

Liv: I researched a lot about insider trading, typical red flags, and the consequences. My brother also works for the Australian Taxation Office (ATO) so I bounced ideas off him to check they were right.

Rad-Reader:  The character Danny singer was he always in your original story and like the way you had him or did he change?

Liv: He was always in the original story even when it started out as a novella. A lot of women have experiences creepy and entitled guys in their life, me included! My novel shows this behavior isn’t acceptable. The main character Sebastian was the opposite of Danny. Women deserve a man who is respectful and kind.

Rad-Reader:  Was it always you plan for Vanessa to lose her necklace?

Liv: Originally Vanessa lost her shoe but then I received feedback that was too Cinderella-like. So, I changed it to an object where it has sentimental value to her and would reoccur in the novel. It’s even the cover of Etched in Stone.

Rad-Reader:  Did you come up with the scene with Van Gogh painting originally or did something happen for you to add the painting?

Liv: The Van Gogh painting and art gallery scene wasn’t originally in my novel. I added it in when my husband and I holidayed in New York and saw the Starry Night painting. It was beautiful. The scene was based on my husband and I’s experience in the gallery. We joked around at some of the more obscure pieces like the blank canvas.

Rad-Reader:  Were you trying to make a point that the ones really committing the crimes do not go to prison?

Liv:  Yes. People with money tend to get away with a lot more. I used to work in risk and compliance departments in a large bank. There were instances where staff members did do questionable things but senior management turned a blind eye.

Liv: Those are good ones. I pictured a few people while writing the characters.

Sebastian: Matt Bomer. To me, he’s the epitome of a well put together and handsome man.

Rad-Reader:  What song or songs best describes your book or characters?

“Can’t Take My Eyes Off You – Frankie Valli"

It’s quite a romantic storyline.

Rad-Reader:  If you could be a superhero who would you be? And Why?

Liv: Probably Superman because he can fly and shoot a laser out of his eyes.

Rad-Reader:  If you could jump on the plane anywhere in the world today, where would you go?

Liv: Europe. I’ve never been, before. Would love to see the blue lagoon in Iceland.

Rad-Reader:  What is your guilty pleasure that you are willing to hide away to say, “Hey that’s mine and mine alone, hands-off.”

Liv: My laptop. My whole life is on it!

Rad-Reader:  Your favorite type of music?

Liv: I listen to everything. But since a grew up in the 90s, boy bands and girl bands hold a special spot in my heart. I also love Disney songs.

Liv: I’m writing the sequel to Etched in Stone, based on Vanessa’s colleague Jenna. The novel will be about second chances with the possible reconciliation with her ex-husband and her exploring her bisexuality as a single woman. It’ll also have financial crime elements in the story.

Rad-Reader:  Where can our readers find your books?  Links 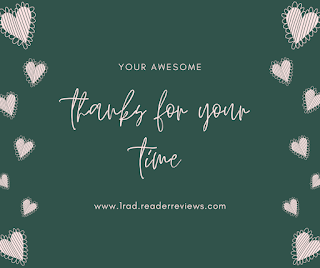 Thanks for once again being with us.  We are so glad you once again thought about us when you were ready to come out with your next book.
Pat & Char

at March 27, 2020
Email ThisBlogThis!Share to TwitterShare to FacebookShare to Pinterest