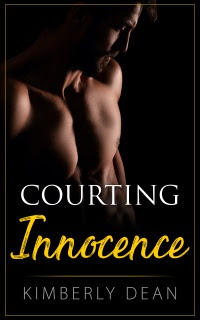 Even nice girls have needs.

Erin starts using matchmaker Luxxor Limited, not realizing that the company is truly an escort service. She meets a series of hunky men, but the dates are disappointing. She wants a man that will awaken her senses, challenge her thoughts, and rev up her body. But she gets more than she bargained for when Luxxor sets her up with another client, lawyer Colton King. Her big brother’s best friend.

Erin has always lusted for Colt. Dark, muscled, and brooding, he was her first teenage crush. Now he’s her favorite fevered fantasy. He’s just never taken notice of her before. She has his attention now.

Colton is horrified when he learns the scandalous game Erin has been playing with Luxxor’s escorts. He orders her to stop, but things go a bit too far… and become a bit too sexy… Soon Colt is escorting Erin straight to his bed.

Years ago, her family forbade him to touch her. How will he defend himself when they learn how impure his thoughts are for their innocent, loving daughter? The one who’s grown up into the sweetest, naughtiest, little temptress. 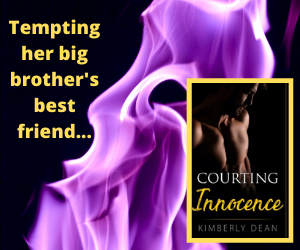 Maybe she’d caught a glimpse of his tall form out of the corner of her eye, but she knew that Colton was behind her. A sense of exhilaration came over her, along with a dash of impulsiveness.

Stopping, she braced one hand against the wall and lifted her foot behind her. Arching her back, she toyed with the high heel as if it needed adjusting. Carefully, she turned the bracelet on her ankle so the charm lay on the outside of her foot.

Her breath caught when he was suddenly on her.

His arm swept around her waist as it had when he’d caught her in the kitchen, and he pressed her against the wall.

She didn’t get his whole name out, because his mouth was suddenly covering hers in a kiss so hot, she worried her shoes would melt.

He caught her wrists and pressed them flat against the wall on either side of her head, and arousal gushed inside her. Slick and viscous, it filled her veins, making her muscles tense and relax at the same time. It had been good when she’d kissed him before. Fantastic.

This was the first time he’d taken the lead, though, and the sensuality was insane.

“No, I don’t.” Her breaths were coming hard, too, and she ran her tongue over her lips. “Give in.”

“Erin.” His voice was sharp, like when he went after someone on the stand.

She arched sexily. “I have,” she whispered.

She wanted him to come after her.

His eyes flashed to nearly the color of midnight. His fingers bit into her wrists, and Erin reveled in it. A sound left the back of his throat, and his mouth came down hard on hers again. Their lips sealed tight, and his tongue dragged against hers.

“Mmm,” she hummed when her need cranked up a notch.

He had her trapped, held down, but she arched her back to rub against his body. His weight pressed against her as he leaned in, his chest hard against her breasts, plumping them and making her nipples pinch.

The kiss went on and on. It had been years in the making. 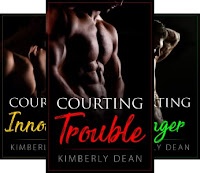 Rielle Sands ventured too close to the fire once and got burned. Now when it comes to men, she’s vowed to play it safe. But then a dashing, mysterious man shows up at Luxxor Limited after hours, needing an escort.

Darien Scott isn’t what he appears to be. Beneath the sexy smile and wicked charm, he’s hiding secrets. Yet the sizzling chemistry between him and the gorgeous office manager is real. He tries to stay away, but his attraction to her keeps pulling him back. When he discovers that he’s not the only one haunted by danger, he changes tactics. To protect Rielle, he may need to stay close. Super close. Exclusive Luxxor contract close.

The reward is more than worth the risk.

“Hello? Is anyone here?”

A low voice rumbled down the hallway, and her chest tightened. It was a man, but she didn’t recognize the voice. For a moment, she considered remaining quiet, but she licked her lips and made herself step forward. She was overreacting. If she wasn’t, there was an emergency call button hidden under the lip of her desktop. Security could be here in less than a minute if she needed them.

She returned to the lobby and scanned the area. Her gaze came to a screeching halt when it landed on the man who was already looking in her direction.

Her wariness didn’t decrease, but a different kind of awareness flooded her. “Hello?” she said huskily.

Somehow, he’d known she was there, yet he seemed taken aback. His weight slowly rocked back from the balls of his feet, and his eyes narrowed. They were blue eyes. Startling blue. “Good evening.”

She wasn’t overreacting. The guy had danger written all over him, in that good-girls-beware sort of way. Tall and strapping, he had closely cropped dark hair and a rough-and-tumble aura that didn’t go with the tuxedo he was wearing. That wasn’t to say he didn’t look good. He looked damn good. The combination was powerful, and it hit her first in her belly and next in her knees.

Sex appeal oozed from him.

Which, of course, meant he was here for an escort.

His gaze was running over her just as alertly as she’d evaluated him, so Rielle quickly put herself behind her desk. She tucked her barrette behind her phone and fought the urge to run her fingers through her hair. “I’m sorry, but we’re closed.”

He cocked his head. “The door was open.”

And that had been a mistake.

“Did you have an appointment?” She knew very well he didn’t.

“No.” Her question had been sharp, but his blue gaze didn’t flinch. Instead, the lines of his face softened, and she had to lock her knees to keep them from melting. “But I’m in a bind. I was hoping you could help me out.”

She lifted an eyebrow. The man might be putting out pheromones by the bucketful, but her brain was still functioning—admittedly better on some levels than others—and she’d begun to sense danger of another sort. The entrapment sort. Luxxor was not a company that took walk-ins. “For whom are you looking?”

He walked closer to the desk, and she instinctively gripped its edge. The way he moved, all silent and stealthy. The expensive carpeting absorbed the noise most people made, but the air didn’t even stir at his approach. Her fingers edged closer to the silent alarm, but she didn’t push it.

“I’m looking for Luxxor Limited. I know I’m late, but I need an escort for the evening.”

Her guard stayed up. She knew they were alone in the office—she was acutely aware of the fact—but her company’s clients knew better than to go spouting off so casually about Luxxor’s line of work. They signed nondisclosure agreements to ensure it. If he was wearing a wire, she wanted to make everything perfectly clear. “You need someone to attend an event with you tonight?”

“Actually, I need someone right now.”

She shook her head. Luxxor went to extremes to satisfy its clients. She’d blush if she thought about how far some escorts went, but there was no way she could accommodate his request. The employees they had working tonight already had their assignments. Even if she did contact someone, the timing was impossible.

For some reason, that relieved her. “I’m sorry, but we don’t have anyone available on such short notice, Mr…. I don’t believe I caught your name.”

“Because I didn’t give it.” He slid his hands into his pockets. The tuxedo looked good on him, but it was failing badly at taming him. Especially when he winked. “Tell me yours, and I’ll tell you mine.” 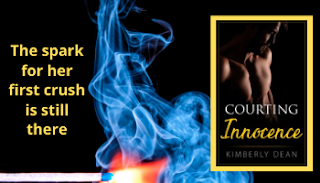