Rachel Dyken Tomorrow With 3 Possible WINNERS FOR HER E-BOOKS


WIN ONE OF RACHEL’S 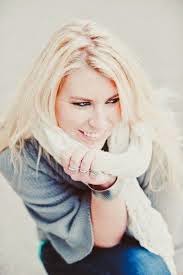 A Teaser from: “THE WAGER”
Picking out an excerpt is like trying to pick out the best pair of jeans. A sales lady hands you like thirty pairs and then you’re left alone in a dressing room, with no CLUE which pair to try on first. Sure, they all look awesome. There’s the pair in the corner with the embellishments on the back pocket, and the boyfriend slouchy pair in the corner, BUT where do you even begin?
That’s how I feel about excerpts. There are SOOOO many pieces of the story that I want to share but I can only pick one! AGH! That’s like picking my favorite wine or my favorite movie or book even! Okay, so I’m done ranting…I’m going to share one of my favorite scenes…During the editing process, this scene actually made me laugh out loud. It’s special, close to my heart, and I ended up walking away from my computer still smiling. I lovveeeee this story and I’m so thankful that I get to continue on with the Titus family.
Enjoy!
“It’s the right address.” Char slapped the paper against his chest and walked up to the dark door. “I guess we just…go in?”
“Hell, no.” Jake crossed his arms. “Not gonna happen.”
“The list says that Madame is expecting us at one! We’re going to be late if we don’t go in.”
Jake licked his lips and looked at the building again. The windows were filled with pictures of women laughing and throwing confetti into the air while men danced with them. It was like a very bad tampon commercial gone wrong.
“No. And who the hell is Madame anyways?”
Char rolled her eyes. “It’s her name. Why, you scared you’re gonna grow a pair of boobs? You afraid your balls are gonna disappear?”
Jake snorted. “Fine, let’s go.” Irritated, he grabbed her arm with his left hand and pushed open the door with his right.
The room was blanketed in black.
“See, wrong address.” Jake released Char’s arm and pulled out his cell just as music began to fill the room. Then a few stage lights popped on, causing Jake to go blind momentarily. “What the hell?”
And then the singing began.
Char tensed beside him. More lights flickered on, although Jake had no idea where they’d come from; he was still seeing spots from the first ones. He tried to take a step to the side and ran into a table. Placing his hands on the table he looked down.
Pictures of shirtless Chippendale men greeted him.
He jerked back and bumped into something hard. He turned around to steady whatever he’d bumped into.
A naked statue.
Of a dude.
Where the hell was he supposed to touch? He reached out to grab the waist of the statue since it had conveniently been set on a table so that he was eye level with the nakedness, and was bumped by Char, who apparently had been fighting her own battle with a swarm of balloons in the shape of, er… parts.
“Holy crap.” Char grabbed Jake’s hand. “We have to make a run for it.”
“It’s like hell, only worse.” Jake agreed grabbing her arm.
“Welcome, welcome!” Came a voice over a loudspeaker.
“Holy shit, we’re officially in the Hunger Games.” Jake grabbed Char and put her behind him. “Just let me die first. Please God, let me die first.”
“I’ve been expecting you!” the female voice happily announced.
“Somehow that doesn’t make me feel better,” Char whispered from behind Jake. “Oh, and by the way, it’s only romantic to sacrifice yourself for me if death isn’t the better option, twinkle toes!”
Jake paused. “You swore you’d take that to your grave!”
“Oops?” Char shrugged. “How many years were you in ballet? One, two?”
“Oops, my ass!” Why the hell would she bring up that old nickname? Now of all times? Had she any idea how emasculating it was?
“Just stay still—”
“I can both hear and see you,” the voice said. “And I don’t have all day. Now, let me examine you.”
“We’ve officially skipped Hunger Games and jumped into Saw.” Jake shook his head and yelled at the voice. “Can you at least turn out the lights? We can’t see you.”
“That, my dear,” the voice laughed, “is the point, is it not?”
“Er, not?” Char gave a hollow laugh.
“I do not have all day!” the voice yelled. “Now, separate. I need to see what I have to work with.”
Char slowly stepped out from behind Jake and stood, head held high. Jake had to admire that. Any other girl would have run out of the room. Shit, he was a guy and he was going to have nightmares.
“Not bad,” the voice said coolly. “Not bad at all.”
“Thanks.” Char grinned.
Jake rolled his eyes. “She’s only complimenting you so you’re all fat and happy before she kills you.”
“Sharp-tongued, that one,” the voice announced. “But you’ll do. Oh Jake, you’ll do just fine. Tell me, how comfortable are you with the stage?”
“Not comfortable.” Jake coughed. “Not at all, you see. I have this bad knee and—”
“His knee’s fine!” Char interjected with a wink.
He lunged for her just as the lights flickered off and the room returned to a normal state.
In the normal light, it wasn’t so daunting. It looked like a dance studio mixed with a really weird party shop.
“Hello!” A woman appeared from a balcony above them. “Sorry to put you on the spot like that, but your dear old grandma said you kids needed a good laugh.”
“Ha ha.” Jake was going to strangle his grandmother.
Hope you enjoyed! Remember, The Wager is up for pre-order everywhere and officially releases October 1st.
Purchase your copy soon

"I have a proposition for you." Kacey should have run the minute those words left Seattle millionaire Jake Titus's mouth. It's been years since Kacey's seen her childhood friend Jake, but the minute Jake mentions his ill grandmother, Kacey is ready to do anything for the sweet old woman. And if that means pretending they're engaged for her sake-so be it.

But Kacey wasn't counting on Jake's older brother Travis still being there. She calls him "Satan" for a reason: she's never forgotten the way he teased and taunted her. Yet when they meet again, Travis's gorgeous smile is a direct hit to her heart . . . and Kacey's more confused than ever. As the days pass, only one thing starts to become alarmingly clear-she never should have accepted Jake's deal . .. 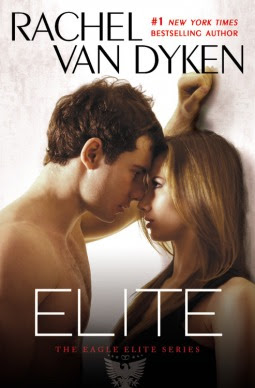 For Tracey Rooks, life with her grandparents on a Wyoming farm has always been simple. But after her grandmother's death, Tracey is all her grandfather has. So when Eagle Elite University announces its annual scholarship lottery, Tracey jumps at the opportunity to secure their future and enters. She isn't expecting much-but then she wins. And life as she knows it will never be same . . .

The students at Eagle Elite are unlike any she's ever met . . . and they refuse to make things easy for her. There's Nixon, gorgeous, irresistible, and leader of a group that everyone fears: The Elect. Their rules are simple. 1. Do not touch The Elect. 2. Do not look at The Elect. 3. Do not speak to The Elect. No matter how hard she tries to stay away, The Elect are always around her and it isn't long until she finds out the reason why they keep their friends close and their enemies even closer. She just didn't realize she was the enemy -- until it was too late.
"This is by far the best book I have read from this talented author." - The Book Whisperer (www.book-whisperer.blogspot.com)
at September 26, 2013
Email ThisBlogThis!Share to TwitterShare to FacebookShare to Pinterest

LET’S WELCOME SOPHIE SINCLAIR AUTHOR OF: Rad-Reader:  Where did the idea for this story come from? ...