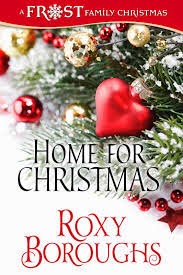 We are so happy and excited to have with us today 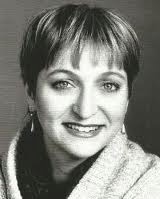 Can I say I’m jealous of her first name?


I mean it sounds like a Rock~Star for Goodness Sakes!


Thank you so much for having me here today.


I’m conversing with you from my home in Calgary, Alberta in Canada. And we’ve had the most beautiful fall imaginable. Lucky for me because autumn is my favorite time of year. I love the fall colors.

Rad-Reader:  What made you decide to become a writer?  How and when did you realize you wanted to do it?

Actually, I was a performer first, and always writing skits. It was a natural progression for me to move to novels. Now, I don’t have to settle for playing just one character. I can be all of them.

Rad-Reader:  What books influenced your writing style do you think?  Why?

I’ve read, and appeared in, a number of plays. So I think I have a good handle on dialogue. Other than that, I’ve read my share of classics—To Kill a Mockingbird, Jane Eyre, most of Wilkie Collins. It made me appreciate the mystery genre and just plain good writing. I challenge myself to learn and grow with every book.

Rad-Reader:  Where did you grow up and did it influence you’re writing at all?

I come from a small town in Ontario, Canada. It’s not so small anymore, but it was then. I think more than location, my circumstances influenced my writing. I was quite ill as a child, so I spent a lot of time making up stories.

Rad-Reader:  What genres do you like to write and which do you write the most of?

So far, I’ve written romantic suspense, romantic comedy, sweet romance and romantic fantasy. Romance is the obvious common theme, so far. I also have a short story that leans toward literary fiction.

Rad-Reader:  There are a lot of books turned into movies any you can think of you like the movie better than the book?

Rad-Reader:  What are you currently reading and in what format (e-book, paperback, or hardcover?)


Tempt Me, Cowboy by Megan Crane. It’s part of the ‘Coppertop Mountain Rodeo’ series. My writing buddy, C. J. Carmichael, gifted the e-book to me, as she also has a story in that series, called Promise Me, Cowboy.  Rad-Reader:  When I get some time I will have to look into that, I love me some Cowboys. LOL :D

Rad-Reader:  What would your newest lead character like about themselves?


Jimmy Frost, my hero in Home for Christmas, is hard working and very capable. He can fix just about anything. A guy with a tool belt, who can pick up a guitar and play you a love song—what’s not to like?  Rad-Reader:  Fanning myself~ : D~


Also, Jimmy always tries to do the right thing. But circumstances conspire against him. I’m sure everyone has felt that way, at times. I know I have.  Rad-Reader: Here-Here!


Rad-Reader:  Are any of your characters based on any real people from your life.  If so in what ways?


No matter where the characters start, in the end, they are all facets of myself.  Or possess qualities I’d like to have.

Rad-Reader:  Any authors that you have seen lately that their writing style has just grabbed your attention?

Rad-Reader:  Do you write under a pen name?  Why?

I do. Roxy Boroughs was inspired by the street I lived on as a child—Roxborough Road. My real name is pretty tame and didn’t really work with my hotter, romantic suspense titles.

No pets. In the past, I’ve had dogs, fish and birds—budgies and lovebirds.

Pet peeves? I can’t abide it if someone is inconsiderate. Try it with me once and you’re out the door.

Rad-Reader:  If you could be one of your characters for one day, which one would you be & why?

+In this book? The heroine, of course. So I can end up with the yummy hero. (Sigh.)

Rad-Reader:  Do you read reviews and do they affect your day either way good or bad?

I definitely read reviews. It’s always nice to get a good one, but the not-so-good ones are fine, too. I’m just so happy that people are reading my work. Not everyone’s going to like it, but I have certainly re-edited a book based on the feedback I received in a review. That’s the beauty of e-publishing. I can tinker with the story until I’m satisfied.

Rad-Reader:  How many books do you have out?  What is your newest book that is out?

Five and a short story. I have two romantic suspense titles, one romantic comedy, a sweet romance anthology, and my latest, Home for Christmas, is a sweet romance (with a side dollop of mystery) and is Book Two of the series ‘A Frost Family Christmas’.

The first novella is What Child is This, by C. J. Carmichael, and the concluding story is by Brenda M. Collins and is called The Holly & the Ivy. All the books take place in the fictional town of Carol Falls in Vermont.

Rad-Reader:   How do you chose your titles for your books?

I used to be terrible at them when I was writing plays. I had to ask my actors to come up with the titles for me. I’m much better at it with the novels. The titles pop into my head like magic.

Rad-Reader:  Do you have any say in your covers for your books?

I sure do. And it’s wonderful. I love choosing cover art.

Rad-Reader:  Give me a name of a song that plays in your head when you think of your new book…


Actually, other than Christmas carols, the song I played the most while I was writing was STOMPA by Serena Ryder. It’s my hero’s theme music. It’s not mentioned in the story. That’s just a little secret between you and me.  Rad-Reader:  I can kind of see how it inspired this book with all the turmoil in Jame’s/Jimmie’s life.  He is so unsettled.

Rad-Reader:  What advice would you give your young self now?

Rad-Reader:  What advice do you have for up and coming young writers?

Read. A lot. Both in and out of the genre(s) you want to write. Then go write a lot.

Here are my links…


And if you’d like to see Serena Ryder sing her hit STOMPA, turn up the volume and click here. http://www.youtube.com/watch?v=Vz7jCY1cpHk

Other books that Roxy has penned:
Crazy For Cowboy

She’s through with cowboys. But this one’s the ‘reel’ deal.

Equine veterinarian, Emily Grant, has had her share of cowboys, and they always break her heart. After vowing to give them up forever, Brandon Hollister strides into her life.

He’s a different kind of cowboy, one that works on the silver screen. But is he just playing the part when it comes to love? Or can this handsome hunk get past a case of mistaken identity to become the man to win Emily’s heart. I loved this book I gave it 5 stars

Single mom, MAGGIE HOLMES, is a by-the-book Calgary cop, until her seven-year-old asthmatic son, Davie, is kidnapped. Frantically grasping at any hope, she turns to STAFFORD WEBB, a psychic who retrieves information through his sense of touch.

Stafford is reluctant. Unbeknownst to Maggie, he helped with the Tommy Hutchinson kidnapping case six months earlier, but didn’t get to the child in time. Haunted by images of the boy, Stafford retreats inward and focuses on his other private obsession: finding the killer, James Ryan Morley – the man who also murdered Stafford’s older sister when she was sixteen.

But the desperation in Maggie’s eyes is too great for Stafford to ignore. Following his visions, they set off on a journey through the rugged terrain of the Northwest Territories – and along the jagged line between faith and reason.

A chance encounter gives a grieving woman new perspective in this 2,350-word short story by the author of 'A Stranger's Kiss' and 'A Stranger's Touch.'

A chance encounter gives a grieving woman new perspective in this 2,350-word short story by the author of 'A Stranger's Kiss' and 'A Stranger's Touch.'

The highly anticipated stand-alone sequel to Boroughs,' "A Stranger's Touch", winner of the Writer's Voice Award.

Sam Hutchinson, a successful lawyer, is devastated by the murder of his son. Hoping to gain closure by learning more about the suspected killer, Sam traces the murderer's roots to Bandit Creek, Montana.

There, against a serene mountain backdrop, he finds Amy Tesher. Lies are Amy's camouflage, all fabricated to escape the secrets of her dark past. And to protect her eleven-year-old daughter, Renee, who is able to communicate with Sam's ghostly son.

Unaware of Sam's real mission, Amy takes him into the boarding house she's inherited from her grandmother. Just as the serial killer, James Ryan Morley, returns to claim Amy … and her daughter.

Everything happens in Bandit Creek. http://banditcreekbooks.com

This is where I hope you were reading the two days the promo ran and today’s interview.  Roxy is nice enough to have decided to give away a prize for the persons (only one winner per correct answer.) that answers first.  Send me an email Or comment be the first one.

What is April’s Sons Name?

When April’s son flaps his arms she calls it by its shorten name what does she call it?


One winner will win e-Book #1: What Child is This
the second winner will win a $5.00 Starbucks card.
Thanks you Roxy on Behalf or our winners.
at November 01, 2013
Email ThisBlogThis!Share to TwitterShare to FacebookShare to Pinterest