THE REDHEAD PLAYS HER HAND

Grace Sheridan is flying high. With scorching passion from her gorgeous Brit superstar Jack Hamilton plus the lead role in a new television dramedy, she could just pinch herself. Then a demand from her show’s directors to drop fifteen pounds brings her back down to earth with a thump. Forced to subsist on air, cucumbers, and boot camp, Grace wonders if the body that brings the newly crowned “Sexiest Man Alive” to his knees is just too booty-licious for Hollywood. Jack, meanwhile, seems overly enamored of the celebrity lifestyle. Forbidden by his publicity-conscious manager to reveal his relationship with Grace, he’s hitting the industry party scene way too hard.

As Grace’s bod incites fiery debate about the message of “thin is in,” Jack’s jealous fans are downing the hate-erade, viciously slamming her curves. Grace longs for Jack’s support, but he’s showing up late and disheveled to her most important moments. With tempers between them flaring, Hollywood’s most talked-about redhead might have more to lose than a few stubborn pounds. She and Jack were clearly made for each other—but will the day ever come when they can walk the red carpet together, hand in hand?

Grace and Jack are a new couple no one knows about in Hollywood.  They would like to keep it that way for as long as they can.  Not only because of the Paparazzi but their individual career.


You see Grace is just coming back to L.A./Hollywood after N.Y. run.  Jack and she met on a TV show they did that had a short run.  Now, he at 24 has become the new “IT Boy” of Hollywood.  So, Holly, Grace’s dear college friend and manager is his manager too, is getting him good solid movie roles.


As for Grace a play she was slated to work on in N.Y. by another college friend and ex/friend, is now going but Showtime/HBO with her as the lead.  At 33 Grace is becoming a star, with one minor catch, close to go time they want her to lose 15 pounds.  Might as well be one hundred with only 2 weeks to filming it.  Which is freaking her out.  Here she has the “Sexist Man on Earth” voted no less, living with her and loving on her and she is to fat.  Really?


This book is so sexually charged and amazingly funny.  I just loved Holly, Grace’s friend really her BFF.  I truly disliked Adam, wanted to see more of Michael, but Jack I just plane wanted to shake him.  Yet, it was Grace’s choice in some respects because we teach people how to treat us.  When it came to Jack she made excuses, didn’t hold him accountable, or really confront him with her true hurts or anger.


Jack used sex to deflect his anger or pain as much as possible.  Grace allowed it because she was afraid to lose him, face the real trouble, or just like to hide from the confrontation.  To not think he went drinking and doing drugs with Adam was just crazy she was just putting her head in the sand.  Can the Paparazzi make life any worse for celebs?  We buy into it, I think they do to, by using it to their advantage when they need to.  Grace was a size 8 compared to all the size 2’s in Hollywood, Please.  Give me a break my thigh is bigger than that I am sure.  The average now a days for American woman is a size 14.  Wow, I am finally normal.  Yet, in my weight I am obese, I can’t win.  Who makes this SH--! Up? Then, we wonder why our daughters have self-image problems, really?


This book was such a fantastic read I could not put it down.  All the way through it I saw it playing out like a movie in my head.  I could actually see the actors I would want to play each part.  Jack just steels your heart for the way he unconditionally loves Grace and for the gut wrenching things he will go through.  It’s the success that gets him into trouble and his youth and how he chooses to handle all the pressures.  While love help them through it all?  Read this 300+ I could not put down.  You will love it.


This is who I saw in the roles: 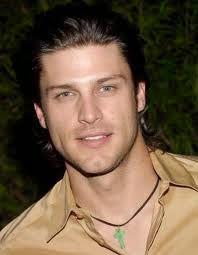 at December 11, 2013
Email ThisBlogThis!Share to TwitterShare to FacebookShare to Pinterest