They’re single, they’re rich, and now these billionaire bachelors are heading to Sanctuary Island in a new e-original novella series from Lily Everett! Fall in love with the island’s latest catch.

Leo, Zane, and Cooper made a pact to stay bachelors and enjoy the single life forever, and when they receive an invitation to their friend Miles’ wedding, they head down to Sanctuary Island determined to talk some sense into the errant groom before he makes a life-changing mistake. But Miles knows his own mind, and he makes a vow of his own: before he walks down the aisle, he’ll have Leo, Zane, and Cooper changing their tune about matrimony. Because Miles knows, better than anyone, that all it takes is a little Sanctuary Island magic to turn romantic cynics into true believers.

The Honorable Lord Leo Strathairn inherited his family’s money, his title, and his position in London society. When he meets Sanctuary Island’s funky young librarian, Serena Lightfoot, he’s determined to get a lot closer. Despite the simmering attraction between them, Serena isn’t at all interested in putting up with a pampered playboy. But as Leo ramps up his seduction attempts, Serena sees that he’s nothing like the empty-headed aristocrat she’d assumed.
MY REVIEW:

Love, Hurt, Secrets, Family, Fear, Beginnings, Friendships.  If these are some of the things you enjoy reading about then I believe you’ve picked the right book.  What’s better then young, rich, spoiled, sexy men with a heart?  A woman who can rock their world before they know their bell has been chimed.  Meet Serena Lightfoot the chime that is about to ring Leo Strathairn’s bell.


Leo Strathairn is a young British Lord Billionaire of old money who now lives in New York away from his royal family.  He happens to be one of the lucky three chosen by Miles Harrinton to be mentored along with Zane Bishop and Cooper Haynes.  All three along with Miles were confirmed bachelors.  That was until Miles returned from Sanctuary Island that his family owns half of.  Now he breaks the news he is getting married.


If that’s not scary enough, he has asked the guys to help with the wedding.  Knowing that is the only way he would get these spoiled billionaires to this simple island.  Mostly out of fear that the fate that has now met him and that had already take his own two brother not too long ago, marriage.  Mostly, he had come to know these three as brothers when he was not talking to his own two brothers he had taken on these three to fill the void.  It was his future bride Greta that got him to face his feelings and bridge the void and start working things out with his brothers.


To step it up a notch he offer a one-time deal to the three of them, that if they would come that day and stay all 4 weeks before the wedding and his life is not changed and he has not found love the one left standing at the end of that day, He would sign over his lifetime Heliport pass for the Biltmore Hotel (The Billionaire’s Club) and give them his helicopter which they all took him up on.


This story however is centered on Leo.  Like the others he is a playboy.  Always in the tabloids with a beautiful woman on his are but a different one each picture.  Never to get married as per the others, never.  So he was very sure the helicopter was his prize for sure.  By the next day I know he is not so sure.  Since on that day he stopped first thing in the morning and met, angered, kissed, and got a date for a little loving (oops bad choice of words) but you get my point, with the head Liberian, Serena.  It all started by him wanting her to pick out the poem he was to read at Miles wedding, since Miles and Greta said he had a way with words.


You see he needs her to read it out loud to him for all the words on the page start to run all over the place and then together.  That’s when he starts to sweat and things start to become tense and his anger raises.  So, he just gives up.


This was such a touching story.  As a mother who raised children I adopted that were learning disabled, I also worked as an aide in the classroom for reading and math.  I know what a struggle children face with not meeting reading goals.  To not have family and teachers (not all) support in learning, as well as trying every way possible to help you can see how it can dim a soul.  You add peer pressure to that and wow, how overwhelming is that?  This author captured so many emotions that I am sure anyone would feel if they were in fear of people finding out.


The thing was it was that it was made more emotional for him because for once in his life he was feeling something for a woman other than just purely sexual.  This was very new to him but it was that she was showing interest in him and really seeing him, in fact she was the first person in his whole life that ever really saw him.  Being that his brother was to take the throne his own family never ever really saw or cared about him.  So, he tells her his deepest secret after she reveals hers but days after she reveals hers.


Serena helps him with the poems at first because she is into love poems plus he tells her up front he basically doesn’t want to have a relationship but that he does find her sexually attractive and he sexually attracted to her.  She was happy he was up front on both fronts not using her for her mind like past boyfriends.  He just really desired her sexually was a come on to her.


.  Is it that simple or does he have something he left out at the beginning that will bite him in the ass?  What comes of the poem project does it stall, the date, and see how these to relate as a non-couple.  You can see if he has what it takes to “read” a poem at the wedding.  Serena’s reaction to his truth was expected but not for the reason you would think.  You have to read in order to find out why you will not be sorry.  This short is worth it.  I can’t wait until the next book.   Provided Netgalley

Joe Dempsie As Leo is my pick. 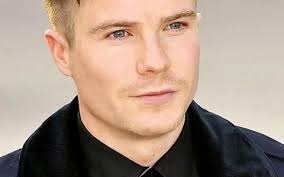 Emily VanCamp As Serena is my pick. 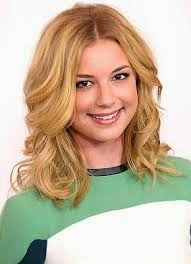 at January 09, 2014
Email ThisBlogThis!Share to TwitterShare to FacebookShare to Pinterest