THE BATTERED BASTARDS OF BASTOGNE

The Battered Bastards of Bastogne is the product of contributions by 530 soldiers who were on the ground or in the air over Bastogne. They lived and made this history and much of it is told in their own words.The material contributed by these men of the 101st Airborne Division, the Armor, Tank Destroyer, Army Air Force, and others is tailored meticulously by the author and placed on the historical framework known to most students of the Battle of the Bulge.
Pieces of a nearly 60 year old jigsaw puzzle come together in this book, when memoirs related by one soldier fit with those of another unit or group pursuing the battle from another nearby piece of terrain.

HUBBY'S REVIEW:
I was really looking forward to reading this book mainly because this would be one of the first books about Bastogne, which also had individual testimonies of what was going on. Each man always looks at situation a little different than next man. This book goes into great detail of just how close they were to running out of ammo, medical supplies, food and just about anything else you can think of. But like so many of the troops and especially the paratroopers or WWII, they would not give in or give up. Sure there was a story in the book of a man here or there that did not fight, but as a hole they fought. The 101st like the 82nd were taking a much needed rest after France and Holland. When the call came they went not really in the book the 82nd was further north of Bastogne (my father’s unit fighting the Germans). The 101st along with all of their support was stopped there at Bastogne. Cooks became riflemen, along with truck drivers and so forth. This was a good book and I am glad that these men are remembered for what they accomplished and that some of the other units are talked about as well. What most people don’t know is that most of that fighting was also fought for during world war one. This is a fantastic book. I got this book from net galley.
at June 03, 2014
Email ThisBlogThis!Share to TwitterShare to FacebookShare to Pinterest 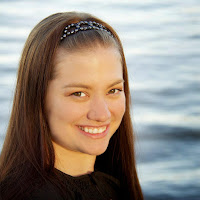