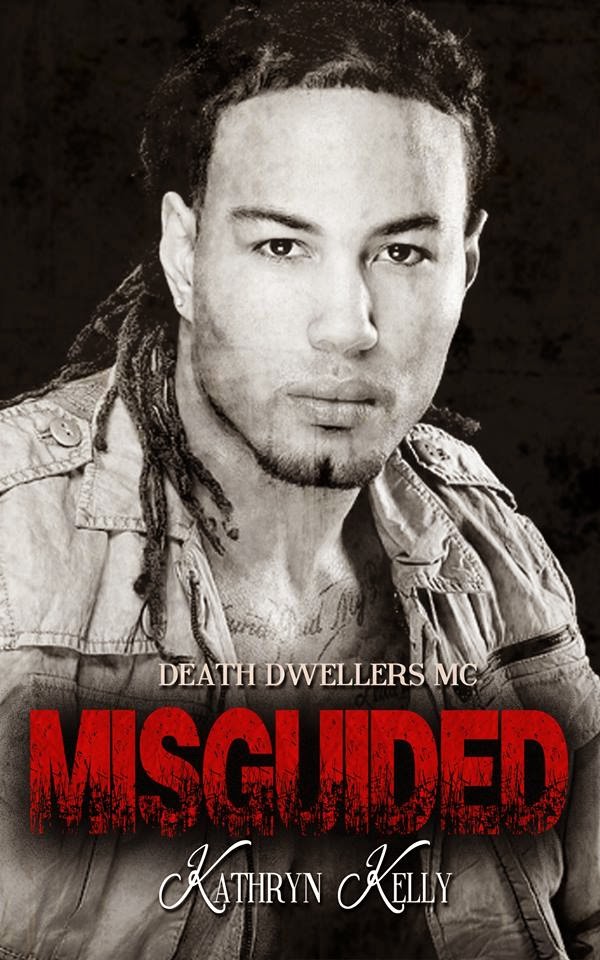 A biker: Lucas “Mortician” Banks stopped believing in love after a bitter betrayal. As Club Enforcer, the Death Dwellers MC is his home, where no rules exist and brotherhood rule. He never expected to fall for the daughter of K-P Andrews, a biker from the old guard, who is now deceased. Is love enough to survive secrets, brutality, and betrayal?
A beauty: Bailey Andrews was fascinated by the biker from the first moment they met. She seized the opportunity to have his phone number and, somehow, ended up married to him when she accompanied Mortician on a run to Las Vegas. She uncovers the connection between her father and Mortician’s father and the horrible betrayals it led to within the MC. Can she leave the secrets stay buried? Or will she expose them and ruin her marriage to the only man she’ll ever love?
A bet: Smug in his assumption he’d never fall as hard for as woman as his Prez fell for a girl, Mortician put his money where his mouth was and made that bet. With 20Gs on the line and two weeks left before he wins or loses, Mortician has to decide if Bailey and their marriage is more important or saving face and keeping his money. Having only ever seen the destruction of love gone wrong, what will Mortician decide?
A baby: Now, Bailey’s pregnant with his baby and hiding another detrimental secret that she, herself, recently discovered. Will she have to choose between her life and the baby’s? Or will she find a way to save both herself and her child’s?
Warning: This is a brutal tale of worlds colliding—a mega-church with the command to destroy, powerful men with their own agendas, and raw and dirty bikers who will win at all costs. Contains violence, drug use, and excessive foul language.

Excerpt
3:33AM
Every decision for life-changing events happened at 3:33 in the morning.
Or so his father claimed.
To Mortician, though, three thirty three represented something different. Symbolized half of evil and, when put together, created a whole.
Six fucking six six, divided by two, equaled half of fucking Satan. Fitting. Sharper and Charlemagne Banks equaled the demonic fucking duo. One couldn’t work without the other. Therefore, life-changing events always took place at three fucking thirty-three—because Fat & Skinny, Evil & Eviler, Slicker & Slickest, worked together.
Muscles twitching in anger, Mortician hunkered down in the pew, glaring at the overcrowded pulpit and searching the choir stand for Char as Sharper’s voice droned on.
Mortician had spent too many Sundays, Tuesdays, Wednesdays, Thursdays, and Saturdays in this fucking building. As the membership grew and Sharper’s pockets swelled, their status inched up. And the fucking deceit went out of control.
A flash of silver material caught his eye and Mortician shifted, angling his head to get a better glimpse of her. Char. Still gorgeous with her dusky skin, high cheekbones, and slanted eyes. Bitch couldn’t compare to Bailey, though.
Not wanting to think of Bailey right now because he needed to keep calm to get to her, Mortician gritted his teeth and shifted, scowling at the imperious lift of the brow from the older suited-up motherfucker next to him. Suit and tie bent and whispered something to his wife and she peeked around her husband. She was younger, could have been his daughter, except for the way the man buzzed her lips with his own.
Unable to help himself, Mortician winked at her. Sadity, stuck-up, society bitch, who would open her legs to him in a minute. He tried his best to stay away from married bitches, a certain cop’s wife being the exception.
The nose-far-enough-in-the-air-to-drown-in-a-drizzle motherfucker angled his body toward Mortician in clear warning.
He wanted a dick measuring contest here? In church? Really?
If not for the maid he’d bribed—well, the knife to her throat had helped—he’d be bored as a motherfucker listening to his father’s baritone voice singing Praise Is What I Do.
He needed to act normal. If his dad thought for one minute that Mortician knew he had Bailey, he’d give the order and have her killed.
That thought fucked with his head, so Mortician leaned over to fuck with Mr. Asshole and Mrs. Sadity. “If your dick too limp from all the steroids you must fucking take to get so built, I’ll fuck her for you.”
Anger lit the man’s dark eyes. Finally, some fucking entertainment. But it didn’t ease the ache in Mortician’s chest.
He needed Bailey.
No. He needed to get Bailey safe. He didn’t need her. He’d needed his mother and he’d needed Charlemagne and he’d had his heart ripped out both times.
Give it up, asshole. You need Bailey. You want her. You love her.
So now he was hearing romantic fucking voices in his head? Fuck off. He’d prefer to talk to his dick. Once upon a time, he’d named it Roscoe.
Had he ever told Bailey that his dick’s name was Roscoe? Had he even remembered? There wasn’t much he remembered when he was around Bailey. She consumed him.
Mortician shook a little, almost unable to remain in his seat and pretend she wasn’t somewhere in one of the million rooms of this mega-church.
He wanted to cry. He wanted to scream. But, mostly, he wanted to fucking kill. And he would. Brutally and viciously. Slowly and methodically.


at November 10, 2014
Email ThisBlogThis!Share to TwitterShare to FacebookShare to Pinterest

ONE LAST VERSE (The Encore #2)