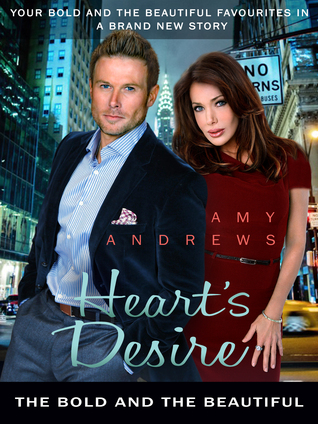 ALL NEW OFFICIAL STORIES FROM THE BOLD AND THE BEAUTIFUL

Taylor is being threatened by a stalker in New York.

Rick Forrester is in town for Fashion Week and insists on helping her through this trauma.

They enjoy their days together but when they kiss in Central Park, the moment is 'snapped' by the paparazzi.

The next day, their kiss is on the front page of every scandal sheet in the country.
And so the fallout begins ...

HUBBY'S REVIEW:
This story begins in New York, with Taylor who is a therapist who has her own T.V. show. She receives a phone call from an ex-boyfriend from L.A. who is in town for fashion week. Now that it is over he is wanting to take her to dinner to just catch up. She agrees and after dinner walking back to her apartment she is attacked by a stalker who is blaming her for breaking up his marriage. Rick, her ex steps in to fight off the attacker and receives a cut from a knife in the process. He decides to stay in New York and with her, they each come up with rules but still the old feelings are still there and have actually increased. After another stalker sends a letter the production company hires security for her but he still stays with her. She is working on a book and he is trying to run his part of the business from New York, with his computer. Thinking that they caught the guy, they decided to slow down a bit and she tells him if maybe we need to be separated for a little while to see if this is the real thing. After a few weeks she figures that he is not coming back since she has not heard from him, when she is attacked by the real stalker in her apartment and has to fight for her life. When the fight is over and she comes to she realizes that he is there. A nice story with a little drama and then a love story to go with it. I got this book from net galley.   I give this 4 Stars.
at March 13, 2015
Email ThisBlogThis!Share to TwitterShare to FacebookShare to Pinterest