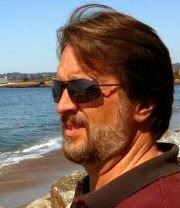 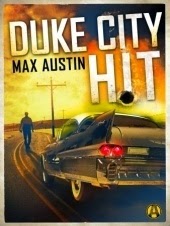 Rad-Reader:  Is Duke City another name for Albuquerque?  Because your first book had that in its title also?

Steve: Yes, Duke City is Albuquerque's nickname because the city originally was named for a duke back in Spain who helped fund the Spanish exploration/settlement along the Rio Grande.

Rad-Reader:  How do you come up with the criminals being so classy-well dressed?  Drive a certain car?  Etc…

Steve: Well, not all of them are. One of the heroes of the next book, DUKE CITY DESPERADO, wears baggy jeans and a gray hoodie for the whole book. But the protagonist in DUKE CITY HIT, which came out in December, is Vic Walters, a hit man in his late 50s who believes in the anonymity of the gray business suit. Vic's the kind of guy who always buys a black Cadillac because it's comfortable and invisible. He bumps off somebody and drives away, and none of the witnesses can remember anything.

Rad-Reader:  Have you thought about writing another book from Duke City Split on what happened after he left town?

Steve: You have to understand that I wasn't writing a trilogy when I started these books. They were written as standalones, then picked up in a three-book deal with Random House's new Alibi imprint. We changed the titles to DUKE CITY SPLIT, DUKE CITY HIT and DUKE CITY DESPERADO as a way to link the three to each other and to Albuquerque. I've written a fourth book, DUKE CITY HEAT, which pulls together characters and storylines from the first three books, but Alibi hasn't bought it yet. Fingers crossed.

Rad-Reader:  Has your publisher tried to change your stories or have they let you write these characters freely?

Steve: Other than the title change mentioned above and the Max Austin pen name, they didn't ask for many changes.

Rad-Reader:  What is your process when you come up with a story because your first two books were very good and the crime scenes were very thoughtful?

Steve: These days, I'm focusing on books about crooks, so I usually start with a criminal of some sort and pit him/her against the police or against some bad guys who are much worse. In DUKE CITY SPLIT, two bank robbers make a big haul, only to have every crook and cop in town come after them, trying to carve off a piece. In DUKE CITY HIT, hit man Vic is forced to take on a drug trafficker and his henchmen in a big shootout. In DUKE CITY DESPERADO, which comes out next June, two goofballs try to rob a drive-thru bank and things go terribly wrong.

As a longtime writer of crime novels (26 and counting), I spend a lot of time thinking about crimes and criminals. Often my books will center around a heist of some sort, or the heist will be the jumping-off point for a story about what happens next.

Rad-Reader:  Is it easier writing from a criminal side or a police or investigator side?

Steve: For me, it's easier to write about the crooks. Police investigations have become so high-tech and lab-driven, they don't interest me as much anymore. I'd rather take a couple of everyday crooks and see how they survive on the streets.

Rad-Reader:  Are any of the characters in your books loosely based on any one you know like the Bail Bonds or the waitress at the diner?

Steve: Not specifically, though most characters are composites of the real people writers encounter in everyday life. Little quirks or physical features attach themselves to characters and off we go. I did spend more than 20 years in daily journalism, so I've met a lot of cops and crooks over the years.

Rad-Reader:  What is your process for writing?  Do you come up with all of the characters (outline) or do you just have an idea and then go from there

Steve: I'm an outliner, though just for the plot. Character development, dialogue, details all come in the writing of the first draft and subsequent rewrites. I usually write a paragraph or so for each chapter, just enough to keep me on track. So a typical outline for a 300-page book will run about 20 pages.

Rad-Reader:  Your third book Duke City Desperado should be coming out when?

Steve: In June, though it's available for preorder now! Only $2.99!

Rad-Reader:  Will that be another law breaker thriller?

Steve: Yes. Some of the police characters carry over from other books, but the main characters are new, two nimrods -- Dylan and his mentor Doc -- who try to rob a drive-thru bank in the opening scene. The story follows the pair through the aftermath of the robbery.

Rad-Reader:  Where can our readers find you?

Steve: Everywhere e-books are sold. My author website, www.stevebrewer.us.com, links directly to Amazon. And Random House has a cool website where you can see all the Alibi books.

Rad-Reader:  If your book was made into a movie who would you get to play you lead character? 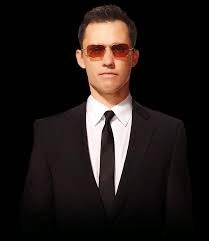 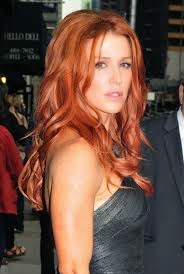 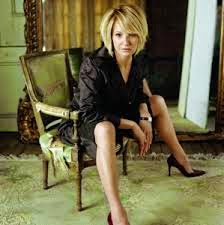 Rad-Reader:  What would you be your theme song if you had to pick one for Duke City Hit?  Kind of like a Duke City Playlist.

Steve: Got to be "(Get Your Kicks on) Route 66." That's practically the official city song.


I listen to a lot of jazz while I write, by the way. Songs with words distract, but instrumental music is good. 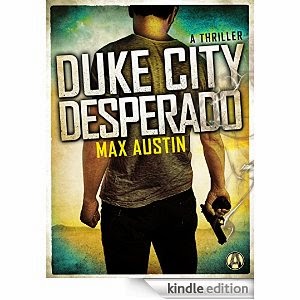 at March 20, 2015
Email ThisBlogThis!Share to TwitterShare to FacebookShare to Pinterest