WELCOME AUTHOR OF: A Christmas Worth Billions – Jaclyn Weist 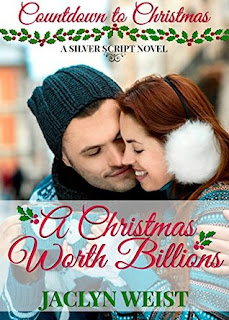 Rad-Reader:  Where is the idea for this book come from?

Jaclyn:   I actually used the song "I Heard the Bells on Christmas Day" as inspiration. Once I knew that much, the rest just flowed.

Rad-Reader:  What made you have David fall in love so fast after his wife passed away in this book?

Jaclyn:   I think everyone heals in a different way and at different times. David didn't want to fall in love, but sometimes it has a way of sneaking up on you anyway!

Rad-Reader:  Have readers had a problem with this or made any comments with the time frame like they did in the book?

Jaclyn:  Nope, I haven't had any complaints on the time frame. But I think no matter what the time frame in real life or book life, people will have something to say about being too fast or that they mourned for too long. :)

Rad-Reader:  His staff seemed so supportive or was it them who called the press?

Jaclyn:  His staff was very supportive. He had a lot of paparazzi follow him for a long time (which is why he moved to the small town), and they were looking for a great story.

Rad-Reader:  What do you think was going through Lily’s mind when he first asked her and the kids over?

Jaclyn:  She's distrustful of all men, so I think she was a little worried, but since he'd helped her so much, she was willing to give him a chance.

Rad-Reader:  Why if Lily was such a protective mom was she willing to allow them to go without than to give up on the diner?

Jaclyn:  She was very protective, but that also goes for the diner. It was in her family for a couple of generations and she didn't want to see it fail.

Rad-Reader:  Why was it so hard for her to take assistance when her children really needed it?

Jaclyn:  Pride. She was so used to doing things for herself that she didn't want to let it go and have someone else help out.

Rad-Reader:  Why didn’t David try harder after the party?  He just gave up?

Jaclyn:  I think he was also still struggling at that point and had to figure things out.

Rad-Reader:  What do you think his wife would have thought?

Jaclyn:  His wife loved life and wanted to see him happy. I think she would have been thrilled that he was moving on instead staying in bed all day.

Rad-Reader:  The night they went looking for the trees had he been crying when he came back with the coat?

Jaclyn:  Not crying, but I think it still hit him hard to let her use it.

Rad-Reader:  The talks he had with the reverend were a good change for the better for him.  Do you think he got the reverse psychology the reverend used on him?

Rad-Reader:  Did David ever want kids before he met Lily?

Jaclyn:  It was in the plans, but not for a few more years. He was too into his work before his wife died.

Rad-Reader:  Why did David Back away from his parents and family after his wife died?

Jaclyn:  Too many memories. He pushed everyone away, which is why he also didn't go to work. He couldn't handle it.

Rad-Reader:  Where were Lily’s relatives?

Jaclyn:  They'd moved on to other parts of the country and she stayed behind to keep the diner going.

Rad-Reader:  Do you think it was the giving of one’s self that got David to finally open up?

Jaclyn:  Absolutely! Nothing helps us more than service, and that was what the reverend had hoped for when he asked David to help out at the church.

Rad-Reader:  What was it that finally made Lily finally see the light that morning?  Seeing her kids open the gifts they gave themselves? Or hearing the bells and the meaning of the songs?

Jaclyn:  Because I based the story on the song, it was going to be the saving point for her. But her kids helped her begin to see the light, which is why she went on the walk in the first place. 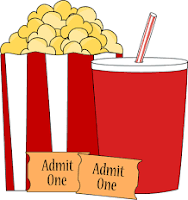 Rad-Reader:  What song out today talk to you about your couple or closely tells your character’s story?

Jaclyn:  I am currently working on a Silver Script romance about a woman with severe anxiety. I'm hoping to have it out by February, if not sooner.

Jaclyn:  I've always wanted to be a writer. Our school district held Young Authors and I always wanted to win. I never did, but I also never lost the love of writing. It wasn't until I came upon a story idea six years ago that I finally wrote my first full length novel (Stolen Luck), and the rest is history!

Rad-Reader:  Three things you would tell the young teen you?

3. Yes, you WILL someday own bookstore, and it will be amazing.

Rad-Reader:  What is the one thing you can’t leave home without?

Jaclyn:  My website is www.jaclynweist.comand I have a blog (that I'm seriously behind on) at jaclynweist.blogspot.com

Rad-Reader:  Where can our reader find your books?

Jaclyn:  I have a store on my website (www.jaclynweist.com) along with Amazon, and then a few books you can find on other platforms as well, including Audible. 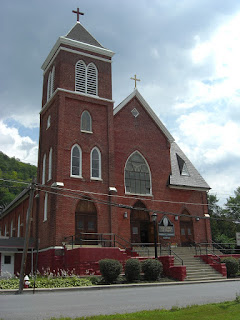 Jaclyn,
Thank you for your story of hope.  That things can get better even during the darkest of times.  Here were two people that thought there was no hope of ever being happy again.  That they were just going to just get by.  That they had lost the things that had made life worth getting up in the morning or making it brighter.
Only to find that they were going to find not only one more thing but so much more.  This was just a fun story to read thank you and please stop by anytime.  You are now one of us you poor thing you a Rad-Reader Misfit.  Hahaha!
Char

at December 23, 2016
Email ThisBlogThis!Share to TwitterShare to FacebookShare to Pinterest