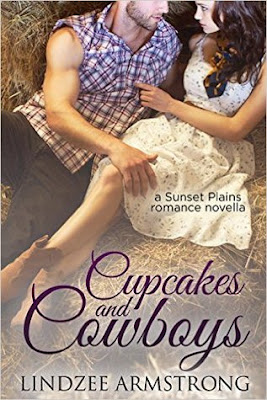 Rad-Reader:  Where did your inspiration for the book come from?

Lindzee:  I was invited to do a cowboy anthology with six other authors. When I agreed, I had zero idea what to write about! But I knew I wanted to set the book in Oklahoma. My dad’s from Tulsa, and I have many fond memories of visiting family in Oklahoma growing up. My aunt in uncle live in this adorable tiny town named Pawhuska about an hour outside of Tulsa. I thought it would be so fun to create a town reminiscent of that one. And voila, the town of Sunset Plains was born!

I also thought it would be great to have the guy be totally out of his element, and I decided an actor would fit the bill nicely. And the story sort of unfolded from there.

Rad-Reader:  When Drew left Cassidy high and dry why couldn't anyone see how much pain she was in?

Lindzee:  :    I don’t think it was that no one could see her pain—it was that after a while, their patience waned. Cassidy was understandably heartbroken, but she kind of let it turn her bitter for a while. That’s not easy to be around long-term.

Secretly, her parents were relieved that Drew ran off. They never liked him and didn’t think he was right for Cassidy. They were happy to see Cassidy pursuing her dreams with the bakery again and 100% supportive in helping her get Cupcakes and Cowboys up and running.

Rad-Reader:  Did they not understand that she was dealing with a loss of a child also and it was not just the loss of a no-good man?  So, it was really a deeper pain.

Lindzee:  :    I don’t think it was that no one could see her pain—it was that after a while, their patience waned. Cassidy was understandably heartbroken, but she kind of let it turn her bitter for a while. That’s not easy to be around long-term.

Secretly, her parents were relieved that Drew ran off. They never liked him and didn’t think he was right for Cassidy. They were happy to see Cassidy pursuing her dreams with the bakery again and 100% supportive in helping her get Cupcakes and Cowboys up and running.

Rad-Reader:  Why acting and cowboy combo as opposed to any other?

Lindzee:  I love opposites, and I thought a down-home country girl and an A-list star offered a nice contrast to each other.

Rad-Reader:  Cassidy was having a tough time getting over what happened the year before.  Which part was she having the hardest struggle with?

Lindzee:  I think the hardest for her was that she’d put her life on hold for a man who, in the end, wasn’t worth it. She let her identity get so wrapped up in Drew that when he left, she no longer knew who Cassidy was or what she really wanted. And she was so wrong about Drew that it made it hard to trust herself again.

Rad-Reader:  How did she meet Drew?

Lindzee:  Cassidy was attending culinary school a few hours away from Sunset Plains. Her roommate and Drew’s roommate were dating, and so they met through them.

Rad-Reader:  Did Mason have a thing for Cassidy?

Lindzee:  Oh absolutely. He’s completely in love with her, but she has no idea.

Rad-Reader:  Why did Jase give his mother so much power over his life?

Lindzee:  She was never really around when he was growing up—her career always took precedence. He wants her approval and love so badly, and so he tends to let her bully him because he thinks it’ll somehow earn him points with her.

Rad-Reader:  Jase Knew he was unhappy with acting why didn’t he just take the time off?

Lindzee:  Partly because he knew it would make his mother furious, and partly because he thought it was just a phase he’d grow out of. He was really worried about making a hasty decision that would ruin a lucrative career and upset his mother.

Rad-Reader:  Jase knew he actually felt something for Cassidy on day one and knew it was growing.  Why did he allow his mother to dictate his return?

Lindzee:  Jase has a strong sense of honor, and he was under contract on that movie. It was really hard for him to back out of something he’d agreed to do. He would’ve done the same thing if the director had been someone other than his mother.

Rad-Reader:  Was it fear of leaving his career or fear of his actual feelings?

Lindzee:  A little of both. He was afraid of leaving his career behind for feelings he wasn’t yet sure were real or lasting. He was worried about making a decision that felt so permanent, whichever path he chose. 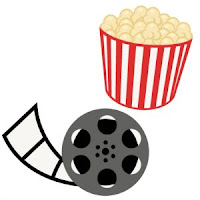 Rad-Reader:  If you were to have your book made into a movie who would you have play…

Lindzee:  Those are some good choices! I especially love Sophia Bush as an actress. My choices would have to be…

I actually have a pinterest board with all the characters. J https://www.pinterest.com/lindzarmstrong/sunset-plains-romance-series/
Rad-Reader:  Now you know the one you have pictured on your board for Jase is Kellan Lutz right?  Hahaha :)  Don't worry I get them all mixed up too. 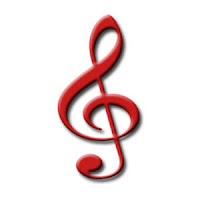 Rad-Reader:  What song out today best tells the story of your main character’s relationship or the heart of your story?
“Kiss by Kiss” – Brett Young

Lindzee:  That is a great song! I’m a big fan of country music, and obviously, Cassidy and Jase’s song would be country. J I have an inspiration song for every book I write, and this one was “Just a Kiss in the Moonlight” by Lady Antebellum.

"Just a Kiss in the Moonlight" - Lady Anetebellum

Rad-Reader:  Who are some of your favorite authors?

Rad-Reader:  What is a favorite quote of yours?

Lindzee:  “Never give up on a dream just because of the time it will take to accomplish it. The time will pass anyway.” -Earl Nightingale

Rad-Reader:  What is your favorite junk food of all times?

Lindzee:  I love chocolate, and I love mini candy bars. Kit-Kats, Reeses, Hersheys, Twix…as long as there aren’t nuts, I love it.
Rad-Reader:  Girl after my own heart.  The best tour ever was in Hershey, Pennsylvania because all the samples then all the new products you could buy at the store there.  So many that have not hit the stores yet.  Chocolate heaven :)

Lindzee:  I’m releasing my first women’s fiction novel in February! It’s about three women with one struggle—infertility. I’ve also got quite a few contemporary romances planned for this year. 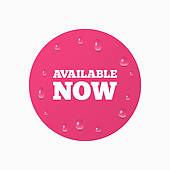 Lindzee:  You can find me on my website, www.lindzeearmstrong.com. I also have a VIP reader’s club that I interact with weekly, where you get insider information and behind-the-scenes looks into my books! I also give a free book to all my club members. J You can join at:  smarturl.it/ClubVIP. 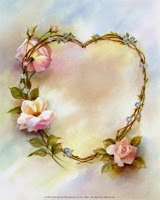 I cannot thank Lindzee enough for being with us to answer all my FANGIRL questions.  It takes a lot of time away from each author’s writing schedule and their very push for time deadlines.  So, this is where I try to break it to you gently Lindzee and tell you that you are now a 1 Rad-Reader Misfit and we welcome you.  Come by anytime and say Hi.  Let us know when your next book comes out we have our Shout Out page that is always open.
Thanks again,


Char
at January 27, 2017
Email ThisBlogThis!Share to TwitterShare to FacebookShare to Pinterest