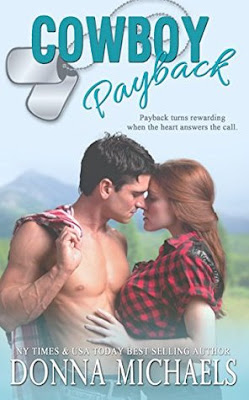 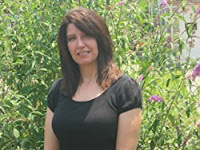 Former Marine Captain Brett Brennan loves a good practical joke—when he’s the prankster not the prankee. Unfortunately, his twin brother has learned a lesson or two from the master and springs Operation Payback on him, thrusting Brett into a fake engagement to his former corporal, Trisha Jennings, in front of her matchmaking, District Attorney father.
Relationships are so not his thing, but realizing Trisha is struggling to come to terms with a horrific incident from their recent deployment, Brett takes matters into his own hands, using their fake relationship to keep her on his family’s resort ranch, the perfect place for her to find peace and heal. After all, he would never let one of his own men down.
Except, Trisha is no longer a corporal under his command. Out of uniform, she is all woman, and his unexpected attraction to her soon has him forgetting their prank relationship is only for show. Who knew payback could be so sweet?

“Well, my lovely fiancée, I think we’re expected to dance,” the captain stated as he stood and held out his palm.
Smiling, she placed her hand in his and rose to her feet, praying none of the apprehension and excitement bursting through her veins showed on her face.
It’s okay, she told herself. The staff was lingering around, watching them. She could put on a show. She could be fake. Too bad she was enjoying the captain’s touch so much there wasn’t much fake in her actions.
And when he pulled her in close, and the space between them disappeared, so did her breath. It caught in her throat as her body registered high on the euphoria scale.
Topped the charts.
Busted the charts.
Decimated anything resembling a chart.
The less space between their bodies, the thicker her brain cells became, until she functioned in a fog.
Sliding her arms around his neck, Trisha rested her head against his broad shoulder and settled in tight.
This is what a fiancée would do, she rationalized.
And the big hand he had on her waist with a wicked thumb drawing circles on her hip…that was normal fiancé stuff, too. So was the hand that slid up her back and was now stroking her hair, making it tough to keep in the moan brewing inside.
Yep, all normal fiancé stuff.
She closed her eyes and continued to hold him close as he led them in a very slow, sensual dance. Chest to chest, hips to hips, they lined up perfectly thanks to her high heels. Her whole body was alive, responding to him, anticipating his moves so well, they danced as one. It was insane, yet perfect.
Yeah, perfectly dangerous.
Her eyes snapped open. This was the captain, not a sexy cowboy helping her out. Okay, so he was both. Still, she was determined to stand strong and resist the attraction simmering between them. Somehow.
When the song ended, he drew back and smiled down at her. “Well done. And since we’re still being watched, I think I had better kiss you.”
Now wasn’t good for her. It was the absolute worst time, seeing as her control had all but left the building.
“I’m not sure that’s a good idea, sir.” Her whole body shook in protest of her words. Not really. Darn thing was shaking with need for her fake fiancé.
Her frowning fake fiancé.
“What did I tell you about calling me sir?” His grip on her hips increased, and her burgeoning composure tripped out the door and joined her control outside.
“That I needed an incentive.”
Shoot. That wasn’t what she’d meant to say.
“Exactly. How about this?” He leaned close, bending slightly until they were eye level. “Every time you call me sir, I get to kiss you.”
Oh no. Heck, no. That wasn’t good. Especially since a thrill raced down her overheated body while her mind was already repeating sir in her head.
Yes, sir. No, sir. Please may I have another, sir?
His grin increased. “You’re saying it in your head, aren’t you?”
Buy Links:

Donna Michaels is an award-winning, New York Times & USA Today bestselling author of Romaginative fiction. Her hot, humorous, and heartwarming stories include cowboys, men in uniform, and some sexy primal alphas who are equally matched by their heroines. With a husband in the military full time (until he retires in the fall! Woot!), four children, and several rescued cats, she never runs out of material to write, and has rightfully earned the nickname Lucy…and sometimes Ethel. From short to epic, her books entertain readers across a variety of sub-genres like contemporary, romantic comedies, and romantic suspense. One contemporary has even been hand drawn into a Japanese Translation. Now, if only she could read it...
If you’re interested in keeping up with my news and exclusive contests, please sign up for my newsletter here: http://tinyurl.com/zaxbqe6
☺You can also find me here:
Website: www.DonnaMichaelsAuthor.com
Facebook: www.facebook.com/DonnaMichaelsAuthor
Twitter: www.twitter.com/Donna_Michaels 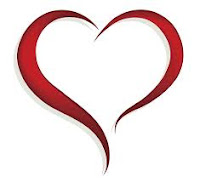 Ever since his first deployment, Lincoln McCall came home a changed man, swapping life philosophies with his twin brother. No more playing it safe, or by the rules, or looking for “Miss Right”. Hell no. But holding onto that concept is hard after Linc fell into a pool with his arms full of the one that got away.

Coming out of the fog from her husband’s death, Ashely Patterson wants to live a little, have fun…feel alive. So when the sexy cowboy she crushed on in her youth hires her to work on his house, she gives herself permission to enjoy the attraction sizzling between them…after all, she’s only there temporarily, and he doesn’t do relationships.

But when their feelings turn serious, she’s in a heap of trouble. Linc is in the military. So was her husband and that got him killed. She can’t risk her heart to another man who could deploy and never return. Hell no. It was better to leave and take her heart with her.

Now, if only she could figure out how to get the cowboy to give it back.

God, she envied him.
Over twenty months ago, her husband had died, and although it no longer felt like she was breathing with an elephant on her chest, Ashley wasn’t ready to jump into the relationship pool again. Not for her mother’s lack of trying. Or Beverly’s, her business partner. They were the reason she’d left California, her home, the law practice, her life, to escape to the one place she’d always felt at peace.
Amity.
The funny thing was, she didn’t really miss California, especially the way everyone had regarded her with pity.
Deep down, Ashley knew they’d meant well, but damn, it had suffocated.
Not here, though. Not on her uncle’s ranch…well, the McCall’s ranch.
“Sorry, that was mean.” Her cheeks heated with a well-deserved blush.
Linc and everyone on the ranch had treated her with nothing but kindness and respected her privacy. Sure, she could feel their concern, but it wasn’t rammed down her throat at every turn. Here, she had the ability to slowly uncurl from her inner fetal position and start to take steps without someone telling her it was wrong, or overdue.
Here, she called the shots and set the pace in her journey back to participating in life again.
“No worries,” he replied with an easy grin. “It was also true, but don’t fret about my ego. You couldn’t bruise it if you tried.”
“Why not?”
“I don’t have one.”
The absurdity of his statement caught her off guard, and Ashley did something she hadn’t in almost two years. She laughed. An honest to goodness laugh. Not one she felt compelled to force, that only engaged her mouth. This one was real and unexpected.
It felt good. Great, actually.
Judging by the pleased expression lighting his face, he recognized the honesty in her outburst, too.
“I have to admit, I am curious.” He inched closer and cocked his head. “I’d love to know how long.”
She frowned. “How long what?”
“How long are we supposed to pretend we don’t know each other?”
Oh. That.
Ashley blinked. “Forever works for me.”