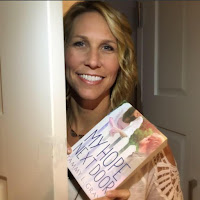 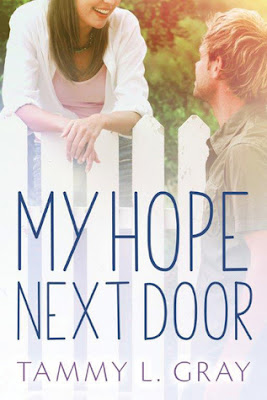 Former bad girl Katie Stone can feel the weight of her reputation settle over her as she drives home for the first time in years. Feeling deeply guilty about her past mistakes, Katie wants to do the right thing for once. But the small town where she grew up is not nearly as forgiving as she’d hoped. Despite it all, she’s determined to help her parents cope with her mother’s recent illness, and Katie finds a surprise ally in the man next door.


Asher Powell never minded being the son of a small-town pastor until a recent breakup leaves him wounded by lifelong members of his church. He remembers his new neighbor as a mean-spirited high school troublemaker, but he senses that her newfound faith and desire for forgiveness are sincere.


Through an unexpected friendship, two people from different worlds find peace, hope, and a second chance they never dreamed was possible.

Fairfield, Georgia held a lot of ghost for Katie Stone.  So many she thought her lungs would burst from holding her breath after the call from her dad.  She knew it was bad because her dad was a prideful man and would never ask for help unless it was or had gotten beyond his control.
You see four years ago Katie fled Fairfield after a horrible night.  First, she had been tripping on a bad drug when she left.  She was running from all the bad mistakes from her past and the bad girl image.  Most of all her volatile relationship with a man who had no one, Cooper Myles.
They had started their sick relationship two years before she left.  Two sick people who could only hurt each other.  Katie, unlike Coop, had both her parents.  Yet, they never engaged with her half the time she was caring for them.  As she got older she became resentful and angry.  She kept pushing her limits.  She grew up around distrust, hurtful words, anger directed at her, and scorn so why bother being there most of the time?  She was taught by the best.
When she fled she finally landed in Florida.  Trial and error which was mostly when it came to relationships when she finally ended on the streets then a shelter and speaking to a good man.  Reverend Snow.  He helped her get on her feet.  To get a place to live.  To find God and a fellowship in a church.  Everything she was taught to hate without reason or thought.  Yet, it was her hope and salvation.
When her dad called, she knew she had to go and face her demons.  Fearing most those that she hurt.  Most of all reverting back to what she had been.  She didn’t want that more than anything.  Her faith in God was strong, her faith in herself not so much.
Driving up to her driveway and parking she was amazed at how really run down the place was. She reassured herself she would organize her family then go home not a problem.  As she was trying to get her duffle out of her trunk and not getting anywhere she hears a male voice say let me help with that.  A handsome, blonde haired, brown eyed man with a killer smile reaches in the trunk and gets it out then takes it to the porch.
He asked if she was staying long since the bag was so heavy.  She said she wasn’t sure that depended on what she found within their home.  So, he turned to leave saying he’d see her around when she asked his name he says, “Asher Powell.”  The look he always got when the Powell name was given uncomfortable until they remembered if they said anything offensive, all wide-eyed.  Her cheeks were pink and her shoes were the most interesting thing ever.
Yes, she for sure remembered Archer.  “Welcome back Katie.”
At that moment, she knew she had a lot of burnt bridges to mend and Archer would be the first.
This is a story about a bad girl who comes home after four years of trying to outrun her demons.  Or was she just filling up her spirit enough to face it?
She had no guidance as a teen or really even a child.  All the times she was acting out could she have been crying out for those who were supposed to love her to see her and nurture her?  She had to learn that real love had trust, it didn’t hurt, or lash out.
This was a roller coaster of emotions that this character must go through in order to grab onto the brass ring it is hardest to feel deserving but when you are with the right person they will wait and help you see it in yourself.
I give this: 5 stars.  Provided by netgalley.com.  Follow us at:
www.1rad-readerreviews.com.

Tammy L. Gray lives in the Dallas area with her family, and they love all things Texas, even the erratic weather patterns. She writes modern Christian romance with true-to-life characters and culturally-relevant plot lines. She believes hope and healing can be found through high quality fiction that inspires and provokes change.

When not chasing after her three amazing kids, Tammy can be spotted with her head in a book. Writing has given her a platform to combine her passion with her ministry.

Tammy L. Gray has lots of projects going on. For all the latest info, visit her website at http://tammylgray.com and sign up for her periodic newsletter.

at March 30, 2017
Email ThisBlogThis!Share to TwitterShare to FacebookShare to Pinterest