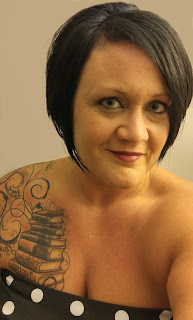 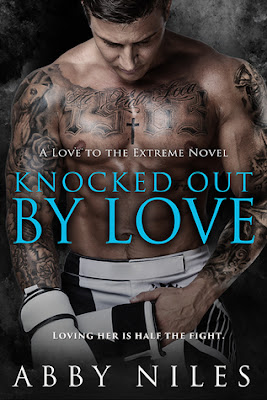 Brody Minton has loved Scarlett Harris for years. But she’s his best friend’s wife, so he’s worked hard to keep his distance. Hearing the marriage is over shouldn’t change anything. Only an ass would make a move on a friend’s ex… Except Scarlett wants help getting back in the dating game, and Brody’s torn. If he helps her out, he can keep an eye on her and guard her vulnerable heart. But having the woman he’s longed for, for years in arms’ reach is hell on a man’s restraint, no matter how iron strong his will.

But loving Scarlett is only half the fight

“Truth or dare, Scarlett,” he whispered, grazing the tips of his fingers across the back of her neck. She shivered.

“Dare,” she said. He froze, and she turned her head in his direction. “I surprised you with that, didn’t I? I want something good, Brody. Something hot. Something you want me to do.”

.
Squaring her shoulders, Scarlett opened the door. Air whooshed out of her lungs at the sexy as hell man standing on her doorstep in a pair of faded blue jeans that rode low on Brody’s hips and a dark gray t-shirt that strained against his muscular heavyweight build.

Nothing about what he wore said they were heading to anything special.

She’d already made a mistake with this adult relationship thing. She’d treated tonight like a date. She shouldn’t have. She should’ve dressed in her regular clothes and not spent hour agonizing on what to wear.

A wolf whistle caught her off guard, and she jerked her gaze up from his massive chest to his eyes. Blatant hunger stared back at her from their caramel depths. Desire sliced through her, making her nipples bead.

Maybe she hadn’t picked the wrong outfit after all.

And she stood a little taller, thrusting her breasts out. It was amazing how Brody made her feel like the sexiest woman in the world. Not cute. Not adorable. Not even pretty.

A grin stretched his lips. “You ready?” He held up his hand.

It took her a moment to register the helmet. Then her gaze shot past his shoulder to the road, her throat tightened. Parked at the curb was Brody’s Harley.

She didn’t ride. He knew that. Had respected that in the years she’d known him. Why would he bring that damned thing tonight?

“Where’s your Mercedes?” she asked, unable to tear her eyes off the death machine.

“At home in the garage.”

She finally dragged her gaze to him, only to come face-to-face with his challenging expression. Oh, he could totally go screw himself. “I’m not getting on that thing.”

“Yes, you will,” he said without being the slightest deterred by her refusal.

“Oh really?” She crossed her arms, irked by his assurance. “And how exactly do you plan to make me?”

He mimicked her posture. “I’m not going to make you. You’re going to do it yourself.”

“Because you want to try new things.”

“True. But riding a motorcycle is not on my bucket list. Sorry.”

He stepped forward, crowding her into the door. Her heart picked up pace as the scent of his cologne swam around her nose. “Think about it, Scarlett. The vibration between your legs. Your arms wrapped around my waist. The wind whipping past you. No compartment holding you in. You’re one with the outdoors. It’s a freedom you need to experience at least once.”

The image he painted formed in her mind. All she could focus on was his large body cradled between her legs as they flew down the highway, her hair whipping behind her. Her palms pressed to his chest. Why was the idea enticing?

Because it was Brody. Anything with him enticed her.
at March 09, 2017
Email ThisBlogThis!Share to TwitterShare to FacebookShare to Pinterest