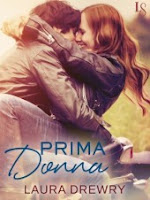 Even when her hair salon goes under and she’s on the brink of breaking, Regan Burke keeps her “I’m just fine” attitude. She’s had a tough life, coping with a difficult family and keeping her act together . . . barely. Right now, she just needs a job, any job, so she can pay her mother’s medical bills. It’s the exact wrong time for Carter Scott to come into her life—and to be so damn sexy, so distracting, and so determined to get close.  Carter isn’t looking for anything serious—his heart belongs to the kids who depend on his pediatric practice—but something about Regan makes him reconsider. Maybe it’s the scars she hides so well, the secrets she can’t share. Carter knows all about that kind of pain, and he wants to help. But offering Regan a job in his office only makes things worse, even if their chemistry is off the charts. Lucky for them both, Carter isn’t about to let go of love without a fight. Includes a special message from the editor, as well as an excerpt from another Loveswept title.

Absolutely hysterical story.  I loved all the characters just about in this story.  Maybe, with the exception of Ellie and Maya, they had to kinda grow on me but they did.  Ellie is a little rough around the edges but who knows the cop might tame her.  Maya at first was harsh but grew on me when she met someone.
This story was interesting it was about secrets, lies, and love.  Secrets we keep in order for people even friends and family not to see and feel our pain.  Lies we will tell and go through in order to keep those secrets and situations hidden.  Then, the loves that those things can affect in their wake.
Regan Burke had lived that way her whole life.  Not knowing from one minute to the next if there would be food on the table, a roof over her head, or people who truly loved her.  You see her mother has a mental illness and her father left her to deal with it at thirteen.
There was nothing she could do to save her mother.  The only thing she could do is put her in a nice place one she got older.  Which she did.  The one she picked was the best around and costly.  So, she opened a beauty salon where she styled hair.  After 8 years, she was being forced to close her doors.  The day before she was to relist the owner sold the building.
Her last night at the salon her friend Jayne had sent her cousin-in-law over to help her with any packing she may have before the final walk through the next day.  Dr. Carter Scott pediatrician, cousin to Nick, who is husband to Jayne.  Carter has a reputation for one night stands in his past that could make any guy as well as woman blush.
So, when Jayne finds out at their New Year’s Eve party that the two of them are flirting she is not happy at all.  When she figures out they slept together she reams him about him being a player and how many women he has left in his wake.  That if he hurts her, she Jayne, will hurt him.
The one big secret Carter is holding back is a big one.  Not so sure one you can walk away from without many problems.  I give this: 5++++ stars.  Provided by netgalley.com.  Follow us at: www.1rad-readerreviews.com.
at March 02, 2017
Email ThisBlogThis!Share to TwitterShare to FacebookShare to Pinterest