LET'S WELCOME AUTHOR OF: Across the Line – Kate Willoughby 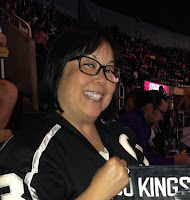 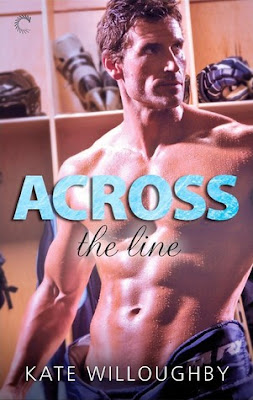 I wanted to write a book about brothers in the NHL and I got to thinking, what if one of them was gay? The story took off from there.

Rad-Reader:  Why was Becca so afraid to get close to people?

Kate:  I think she’s protecting her heart. She was pretty much disowned by her parents when she refused to bow down to their plan for her to become a doctor. Your parents are supposed to be your staunchest supporters and hers pretty much left her out to dry once she made the decision to go into the restaurant business. She is also very proud and independent and finds it extremely difficult to accept help. 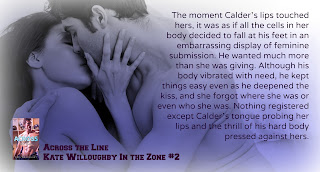 Rad-Reader:  Calder was so easy going but he was not happy when he was told his brother was coming to his parents.  Why?

Kate:  Calder had always idolized his big brother Hart. They were so close growing up. Sure, they fought, but on the whole, they loved to play hockey together, but when Hart became a teenager, everything changed. He pulled away and Calder didn’t understand why. Eventually, he chalked it up to the fact that Hart was so skilled at hockey, it was obvious that if he wanted a career in the NHL, he had a pretty good shot at it. So, Calder assumed that because everyone treated him like a golden child, it went to his head.

Rad-Reader:  Becca suggests that Hart might be in the closet and Calder got angry.  Why?

Kate:  Calder was lashing out because, at the time, he thought it was not even a possibility. Please remember he’s a pro athlete, and even in this somewhat enlightened time, it’s one thing to accept LGBTQ people in general society, it’s another to find out your own brother is gay. I speak from experience because my oldest son is gay and unlike Hart, he did come out to me at the age of 14. This news came as a shock, as I had no idea. Even as I was reassuring him that I loved him no matter what, my brain was frantically trying to assimilate this new information. Just imagine if a close family member came out to you, out of the blue. :) 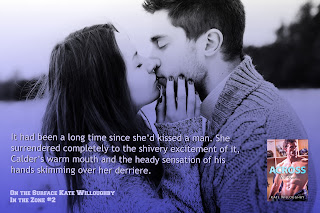 Rad-Reader:  Alex seems to be misunderstood.  What is his story?

Kate:  His story is called Out of the Game and it’s available most places where e-books are sold. LOL

Rad-Reader:  How did you come to write about hockey are you a fan?

Kate:  My husband begged me to go to a Kings game one night when he couldn’t find anyone else to go with him. Up until that, I disliked watching sports, but I went with him so he wouldn’t have to go alone. I had a really good time and the Kings won. I became a fan pretty quickly. It was about that time that I was also getting tired of writing fantasy romance. Writing one about a hockey player seemed like a nice change of pace. Once I wrote book one, I knew I’d found the genre I was meant to write. I absolutely adore writing these nice guys who need the love of a good woman (or man) but are absolutely alpha males on the ice.

Rad-Reader:  Have you ever played hockey?  If so did you get hit like Becca did when she was undercover?

Kate:    I took ice skating lessons when I was a child. I wanted to be Peggy Fleming. Yes, I’m that old. LOL, I didn’t even know hockey existed back then. I ended up quitting because they wouldn’t teach me how to do any of the cool stuff. At that age, I didn’t understand why I couldn’t just up and to a toe loop right off the bat.

Rad-Reader:  When did you start writing?

Kate:  I wrote my first book when I was in fifth grade. It was called “How Squirrel Got His Bushy Tail.” I guess even then I liked focusing on the males of the species. LOL. I wrote a contemporary romance when I was in high school about a billionaire and a restaurant hostess. How I would love to see that book now. Fast forward to 1999, I started a time-travel romance about a contemporary woman going back in time and falling in love with a plantation owner who was secretly an Underground Railroad conductor. I never finished that book, but I’ve been writing ever since.

Rad-Reader:  What did it feel like the first time you saw one of your books in print?

Kate:  Sublime. Unreal. Thrilling. Satisfying. That feeling never goes away. I’ll never get tired of seeing my books in print.

Rad-Reader:  What is your next project and when does it come out?

Kate:  My next project is set in Camp Firefly Falls, a multi-author world in which each book takes place at a fictional summer camp for adults. Think Dirty Dancing. My story will, of course, feature a hockey player. If you’re familiar with the Barracudas, it’s Booth MacDonald’s story and it’s called Whatever It Takes. It comes out in early August 2017.

Kate:   Also, if you would like to be notified when I have a new release, please sign up for my low-volume newsletter. 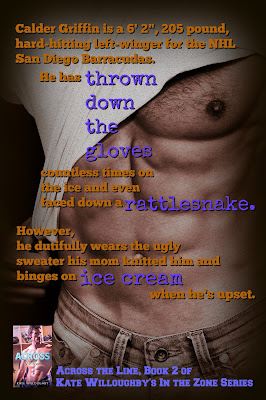 at May 12, 2017
Email ThisBlogThis!Share to TwitterShare to FacebookShare to Pinterest