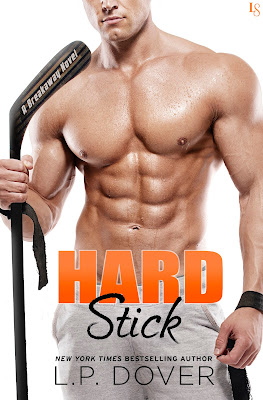 Rad-Reader:  First I enjoyed this book very much.  Now did you write Kristen’s character separately from Kellan’s or together?

LP:  I guess you can say together and separate ... lol. I know that probably doesn't make sense. The chapters are separated by their own point of views.

Rad-Reader:  I have read some of your other books but I must say that the beginning of this book was as good as any mystery/suspense book I have read.  Did the beginning of Kristen adventure just come to you like someone in a zone or did you feel like you had to work at it?

LP:  Hard Stick was one of the easiest books for me to write. I knew what I wanted to happen before I even started it. Granted, a lot of my previous details change when I think of something new.

Rad-Reader:  Was it you plan for Kellan to see Kristen and Aylee running/working out at the park?

LP:  I think that was a scene I just threw in there at the last minute. I wanted to get a little more interaction between Kristen and Kellan before she gave into going out with him.

Rad-Reader:  What made you decide to have Kellan take her to an indoor go-kart racing track for their first date?

LP:  I wanted to recreate mine and my husband's first date. It's exactly what we did twelve years ago.

Rad-Reader:  Did you come up with Dallas & Braeden the same time as Kellan or did you add then to the story later?

LP:  I came up with them before I even started Hard Stick. I wanted Kellan to have his core group of friends that would back him up throughout the book.

LP:  I watched a lot of videos on self-defense. I'm all for having strong females in my books so I wanted Kristen to be able to take care of herself.

Rad-Reader:  Was this idea for a story that you have had for a while or did you come up with it for this book?

LP:  I came up with it for this book. Usually, my stories just come to me out of nowhere.

Rad-Reader:  Do you use an outline when you write or do you just come up with a story and start writing?

LP:  For the most part, I outline to get a general idea of the story. However, it always changes and I end up going in another direction.

Rad-Reader:  How did you pick Charlotte for the place for Kristen to end up in and not further away from Boston like the West Coast?

LP:  I live close to Charlotte so it's easy to write about the city. I'm more comfortable writing about places I know.

Rad-Reader:  Did you feel at any time that this story was more of a mystery/suspense than a hockey book?

LP:  Yes, and I know that probably upset a lot of readers who were expecting a hockey book. The second one in the series, BLOCKED, focuses more on the guys playing hockey. I didn't want the series based off of just the sport. The players have lives outside of it and that's what I want to focus on.

Rad-Reader:  Follow up from the last question was it different to bring the hockey part into the story or was that easy writing wise?

LP:  Yes, it was a little different because the story isn't based around it. Now, take, for instance, my Gloves Off series, I completely incorporated MMA fighting around the story line. That was easy to write because there are so many dangerous and bad things that can go wrong with fighting.

Rad-Reader:  Did you find that writing your Armed & Dangerous Series helped you with this book?

LP:  Definitely. I love love love writing romantic suspense. My Circle of Justice series is tied into my Armed & Dangerous one. I love me some sexy FBI agents.

Rad-Reader:  Is it more difficult to write the first book in a series or one of the books in the middle?

LP:  Usually, it's the ones in the middle for me, but Blocked wasn't so hard to write either. In some of my other series', I found it more difficult. 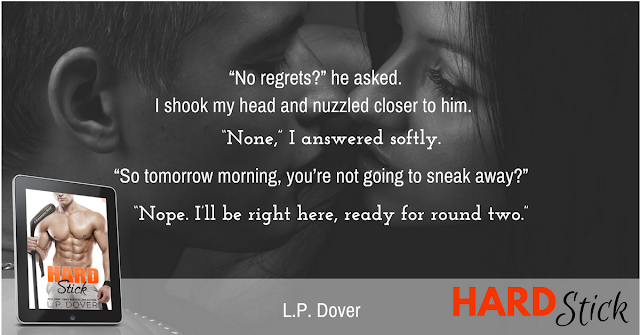 Rad-Reader:  Was there a person that was an inspiration behind the Mitchell Blackwell character?  He was really something.

LP:  Yeah, he was. He kind of reminds me of an ex I had many years ago. Luckily, I got out of the relationship. Guess you can say I was a runaway bride. I called the wedding off three days before it was supposed to happen. He wasn't anywhere near as bad as Mitchell, but he had some severe stalker-ish issues.

Rad-Reader:  With so much going on with Kristen did you ever feel that you were losing any part of the hockey part of the story?

LP:  I didn't realize it until after the book had already been sent to reviewers. I read some of the early reviews and a lot of people were upset it didn't have much hockey. That's when it hit me. Therefore, I tried to incorporate more hockey in Blocked. I'm currently working on the 3rd book in the series, Playmaker, and with the backstory between Lacey and Maddox, it's hard to focus on just the hockey.

Rad-Reader:  When you got your first check for the publishing of your first book did you buy or do anything special for yourself?

Rad-Reader:  Was being an author something you always wanted to be?

LP:  I've always had a passion for writing, but never in my wildest dreams did I ever imagine being an author. I thought it'd be impossible. Thankfully, I had some great author friends who gave me the encouragement to write my first book.

Rad-Reader:  When you finish a book do you celebrate like you would have with your first ones or do you just start on the next one?

LP:  I usually celebrate with a sweet treat. My kids love it. For Hard Stick, I went to the local bakery and bought a bunch of cupcakes.

Rad-Reader:  Do you get to pick what you want to write or do your publishers or agent guide you?

Rad-Reader:  What song best describes your couple or your book as a whole?
Take Your Time ~ Sam Hunt

LP:
Who I Am With You by Chris Young

Rad-Reader:  Do you have any say as to what or who is on your cover?

LP:  Yes, I do. For my self-published books, it's all up to me. For my Random House books, they send me mock ups of several covers and I get to pick my favorites.

Rad-Reader:  Do you go to a lot of conventions or book sales?

LP:  I try to. I like to go to around four conventions a year.

Rad-Reader:  What is your favorite color?

Rad-Reader:  What was your favorite subject in school?

Rad-Reader:  Do you still keep in contact will some of your grade school friends and if so what do they think of your success as a writer?

LP:  I don't really keep in contact with a lot of my past friends. However, I do speak to some on Facebook, but I don't think any of them care that I'm a writer.

LP:  My next book release is AIM, one of my Circle of Justice Novels. It comes out on August 7th. 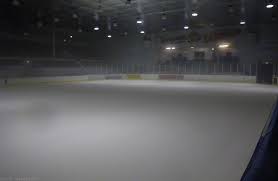 We can’t thank you enough for being with us.  Your book was very interesting.  I can honestly say I was not expecting what I found between the covers.
Thanks for answering all my questions it is interesting to be able to get inside an author’s head and see what they were thinking about at different points while writing about some of their characters or during a certain scene.  So, thanks for that.  Now, by now, you have figured out you can’t out run my wife so it’s best not to fight it.  So, you too are a 1 Rad-Reader Reviews Misfit.


Pat & Char
at July 14, 2017
Email ThisBlogThis!Share to TwitterShare to FacebookShare to Pinterest