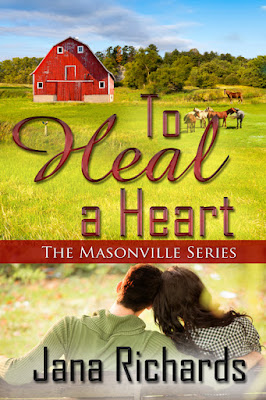 Garrett Saunders' world changed two years ago on a road in Afghanistan. Back home, he feels like a stranger. As he struggles to find his place in the world, he meets a horse destined for the slaughterhouse and a woman bent on rescuing the strays of the world, including him.

Blair Greyson moves to Masonville to look after her ailing grandfather and give her rescue horses a home. Right away she butts heads with a surly former Marine. Despite a rocky start, they come to an agreement: Blair will board Garrett's rescue horse and he'll help with repairs around her farm.

Garrett finds purpose working with Blair—and falls in love with her. But she's hiding a secret. Can she forgive herself and accept Garrett's love, or will she let guilt and regret continue to rule her life? 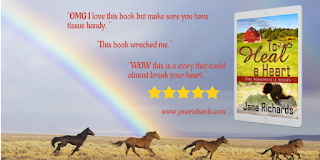 He was slow in responding. For a long time, he pushed gravel around with his rake, until Blair thought he wasn’t going to answer her question. With a sigh, she started working again, almost missing his soft-spoken words.

“I always thought after my military career was over, I’d come back to civilian life and begin a career in policing or firefighting.”

“Those both sound like good options. So why haven’t you applied to some police forces or fire departments?”

The anger in his eyes took her breath away. “Are you deliberately trying to be cruel?”

Blair stepped back, shocked by his words. “No, of course not! What are you talking about?”

“I’m not exactly a prime candidate for either the police force or the fire department.”

“Why would you say that?” Was he worried about his drinking as well? Did he think he’d be unable to handle the rigors of policing or firefighting because of it?

He bent at the waist and rolled up his right pant leg till it was above his knee, revealing a device made of metal and plastic where flesh and bone should have been. He rose to his full height and looked her straight in the eye, as if daring her to pity him.

“As you can see, I’d have a tough time acing the physical.”

Blair wanted to cry. She wanted to run into Garrett’s arms and hold him forever, to make all the hurt go away. She wanted to scream and yell and rail against war and all the stupidity and intolerance in the world.

But Garrett wouldn’t appreciate her tears, and crying wouldn’t solve anything.

So, she sucked them back and raised her gaze to his, willing her chin not to tremble.

“I hope you’re not going to use your leg, or lack thereof, as an excuse to get out of work. There’s still plenty to be done here.”

He rolled his pant leg over his prosthesis once more, straightened and grinned at her.

Somehow Blair managed to smile back at him. “Good answer.”\ 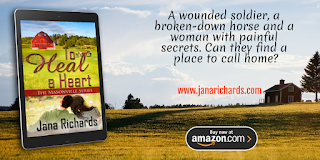 She can’t live with one more lie. He can’t tell the truth.

Harper Lindquist is convinced she’s found the answer to her financial prayers. Unless she pours cash into crumbling Solace Lake Lodge, she’ll lose her family’s legacy. Her would-be savior arrives in the middle of a Minnesota blizzard and she’s determined to prove to her reluctant, and trapped, financier the lodge is a sound investment. But Harper isn’t completely honest with him. And she has no idea the lake is hiding secrets of its own.

Ethan James is a liar, but his money is very real. He isn’t convinced a broken-down inn is a smart investment opportunity. But the more he understands Harper’s dreams and desires, the more he wants to be the man to make them come true. The trauma in both their pasts means neither can fully trust the other. They must find the courage to love, to trust, and to accept, or yesterday’s sorrows will keep them apart. 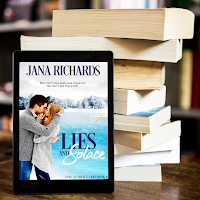 As she stared into his dark eyes, she realized how much she trusted him, and relied on him. That was something rare for her. The only people she trusted as much were her sisters.

I’m in love with him.

The thought blasted through her brain with the force of a tsunami. The tension of the last few weeks, the insecurity, the mistrust, the fear, slipped easily from her shoulders. For the first time, her mind was clear. She was in love with Ethan and she didn’t want to wait anymore. She wanted him. She wanted him to be her first, her last.

Finding courage, she didn’t know she possessed, Harper slid off the stool and walked around the island. She plucked the wine glass from his hand and set it on the counter, then placed his hand on her breast. “Make love with me, Ethan.”

A fire lit in his eyes, telling her he wanted her, too. But there was a question there, a hesitation. “Are you sure?”

She’d never been more sure of anything in her life. “Yes.”

“Shhh. Let’s not talk anymore.” She placed one finger over his lips, then stood on her tiptoes and kissed him.

Ethan’s reaction was lightning swift. He wrapped his arms around her and brought her close, his mouth descending on hers in a wild, warm kiss. Their tongues tangled, slid over each other. She’d missed his touch, his taste. She moaned, and in the sound, she heard thirty-two years of longing.

For this. For him. 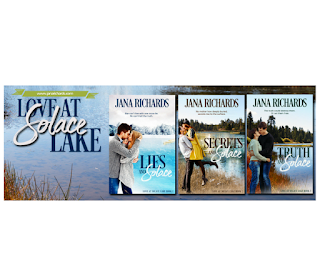