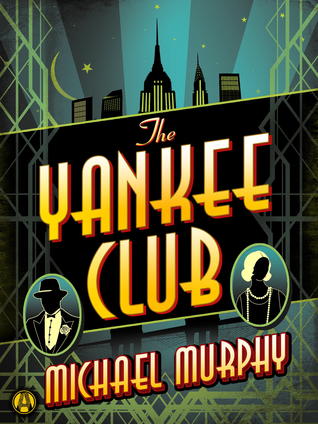 In 1933, America is at a crossroads: Prohibition will soon be history, organized crime is rampant, and President Roosevelt promises to combat the Great Depression with a New Deal. In these uncertain times, former-Pinkerton-detective-turned-bestselling-author Jake Donovan is beckoned home to Manhattan. He has made good money as the creator of dashing gumshoe Blackie Doyle, but the price of success was Laura Wilson, the woman he left behind. Now a Broadway star, Laura is engaged to a millionaire banker—and waltzing into a dangerous trap.
Before Jake can win Laura back, he’s nearly killed—and his former partner is shot dead—after a visit to the Yankee Club, a speakeasy dive in their old Queens neighborhood. Suddenly Jake and Laura are plunged into a conspiracy that runs afoul of gangsters, sweeping from New York’s private clubs to the halls of corporate power and to the White House itself. Brushing shoulders with the likes of Dashiell Hammett, Cole Porter, and Babe Ruth, Jake struggles to expose an inconspicuous organization hidden in plain sight, one determined to undermine the president and change the country forever.

HUBBY'S REVIEW:
This book begins with Jake Donavon, a mystery writer returning to New York after being away for a few years. He was turned downed by the love of his life when he asked her to marry him and when she said no not right now he left, now returning he is in for more than a few surprises. One she is engaged to someone else, his friend and former partner in the private eye business is murdered and then he is shot and the police are looking at him for the killing of his former partner. He is also be hounded by his publisher to come up with pages for the new book he is supposed to be working on. Instead he is trying to clear his name, find out who killed Mickey, his friend and figure out what happened between him and Laura. The story is set in the 30’s during the depression after Roosevelt was elected. This part to would also come to play into the story and add another story line and more characters. Though for the most part I enjoyed the story from Jake and Laura, and their friends who they grew up with when the story went into the government part it lost me at times. I know things like that happened back then maybe not like exactly like the story but a few times it kind of took away from the rest of the story when I know the author had it being part of the story. Not a bad book, I did like all of the characters and the descriptions of the characters that really helped with the story.   I give this 3 Stars.
at February 28, 2015
Email ThisBlogThis!Share to TwitterShare to FacebookShare to Pinterest