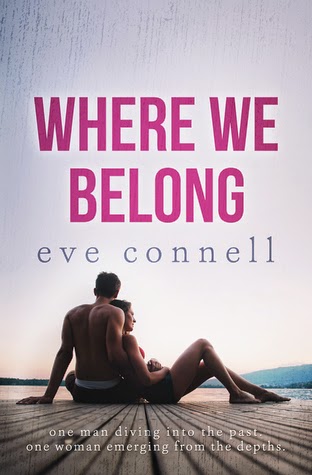 
AMELIA
We had the fight moments after I slipped the robe off my shoulders into a pool around my feet. I had one foot on the shower base, one on the plush rectangular mat.
At that moment, my fiancé, Kristopher, knocked from the other side of the bathroom door, which I’d already locked for privacy.
He had this tendency often. The first word he would speak to me all day? As I stepped into the shower. Was it okay if he went out with his friends instead of the dinner reservation? As I stepped into the shower. His solution to cancer? As I stepped into the shower.
Clenching my jaw, I awaited the question.
“Aftershave, Amelia?” he asked.
I sighed. “You should have gotten it when I told you I needed to shower. Or while I collected my creams and lotions and make-up. Or while I sniffed around for a clean towel in your stash in the corner.”
The soap—as we both knew—was irrelevant in this argument. For a fleeting moment, I wondered if we stayed together out of laziness. And maybe we did. Because I hated many characteristics about my fiancé. Especially his ignorance of this anniversary.
It was September twenty-ninth.
This year I called my boss’s mobile at the crack of dawn to fake a sick day, playing up my groggy tone as a terrible sore throat in addition to a nauseous tummy. She told me to get well, and I swallowed the news with a lump in my throat, guilty for lying. I was an assistant for a medium-sized advertising business and handled paperwork, invoicing and calls all day long—it wasn’t like my absence would be of consequence to day-to-day activities. I’d pick it up tomorrow.
Last year Kristopher and I made dates apart with our respective best friends, and I’d spent it eating all the ice cream along a strip of shops down the coast. I’d thrown up once and then kept on going. Jaffa flavour, I remember.
I’d licked and slurped the drips down the paper cup, and only thought twice of the anniversary. Once on the drive down to the beach, and then once as I’d clutched the sides of a rusty public bin and spewed my guts up to the backdrop of disgusted gasps from passers-by.
I don’t know what Kristopher did that day, but he came back when the night sky was a deep sapphire blue, whisky on his breath as he climbed in bed behind me.
The year before I took a day off from work and spent $600 buying cocktail dresses I would never have occasion to wear. The next day I donated them to charity.
Six years ago today, I died. Hence, it was the one time of the year we didn’t forget the date. Unlike some years when we had to shop for Christmas gifts at two am on the twenty-fourth.
I stared down the white door of the bathroom, one foot tingling with the sharp cold of the shower base, hand clutching the knob. I stepped back onto the tiles, accepting defeat.
“Come on, Amelia,” he said in a low tone. “Just one Goddamn bottle of aftershave. That’s all I need.”
“No. Just wait till I’m done.”
“Babe.”
“Amelia,” I said.
“Amelia, please,” he said, voice breaking. “I haven’t showered and I stink. I just need a few fucking sprays, and I’ll be out of your way all day.”
I gritted my teeth and hobbled from toe to toe, the cold seeping up my legs. If we kept going on like this staying out of each other’s way was pointless. We knew how to nip at each other’s sensitive spots in a way learned from several years of being together. I saw the forthcoming crash, clenched my eyes shut against the pain. My shoulders heaved, bracing for impact.
Was this what happened to me just before my crash?
Was there a moment of wide-eyed fear as my corded, muscled arms grabbed the wheel at the proper ten and two positions, and I flew through the air, reduced to a thin, crushed and crumpled body at the bottom of the lake?
Hot tears grew heavy behind my eyelids as something inside me snapped. I shut the gate to the horrific visions.
It was too late to shower.
Kristopher banged his fist on the door, the boom echoing. I bent and hurried on my new clothes folded on the counter.
“Come on. This is beyond a joke. It will take you a few seconds to pass it.” The door rattled, the handle jerking, but I’d locked the door already. “Amelia.”
I slipped my arms into the cardigan and threw open the door, despite the bags under my eyes and the chill settling over my chest because of the unbuttoned front.
I said, “Have it all,” pushing the aftershave bottle into his chest, then rushed past him.


And I didn’t look back.

at April 15, 2015
Email ThisBlogThis!Share to TwitterShare to FacebookShare to Pinterest