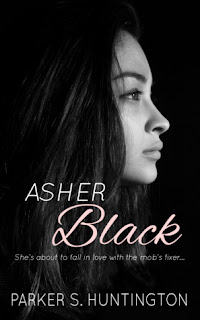 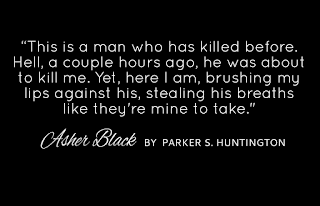 For two years, I was gone. And now, here I am, in danger again and wearing the shirt Steve got me.
The irony isn’t lost on me.
Asher laughs again. It’s a lifeless sound. “You’re a damn ghost, but I don’t think you’re connected to the mafia. I wasn’t sure before, but after meeting you again, I don’t think so.” His eyes peruse my body, causing me to shiver. His full lips curl up in disgust. “I mean look at you. You’re shaking, for fuck’s sake. It’s pathetic.” Those chilling blue eyes narrow on me, and he takes a menacing step closer. “Why’d you call the cops?”
I take a step back and occupy myself by eyeing the floor.
It’s a really interesting floor.
Looks like a floor.
Feels like a floor.
Floor.
Floor.
Floor.
Floor.
Floo—
Asher interrupts my beautiful ode to the floor. “You’re going to have to answer me eventually.”
I keep my eyes trained on my dirty friend, the floor. “I-I… I thought that b-big guy was h-hurting that girl.”
“He was.”
I look up at him, surprised that he would admit it.
He continues, “But that was the point. She knew it. I knew it. He knew it. Everyone that passed them knew it. Everyone but you.”
He takes a step closer, and I try to take one back, but I’m already pressed against the wall. He’s so close now, I can feel his breath on my forehead. I can even smell the mint in it, as cold as the indifference in his eyes.
The look of indifference is replaced by mirth. “Lucy, did you call the cops because you were mad I didn’t finish you off?” His hands trail down my body, resting below my hips. “We can fix that easily.”
When his fingers brush against my jean-clad ass, I shout, “No!” I’m not sure if it’s a reply to his question or a response to his touch.
I can’t believe I ever had the courage to touch this man, though that was before I learned that he’s in the mob. It’s as if the second I found out, my fear extinguished my bravado in its entirety, ensconcing it like a solar eclipse. I can only hope the world will continue to rotate, and one day, the sun will reveal itself—along with my nerve.
The amusement in his face is gone, and he leans down and whispers in my ear, “So, what are we going to do with you?”
Is this where I’m supposed to beg for my life?
I’ll do it if it means I’ll live. I’m building a future for myself at Wilton, and that’s worth begging for. I don’t care if that makes me pathetic or weak. I know my strengths and weaknesses enough to know that I will never get away from this man unless he lets me.
“Don’t kill me.” I look up at him.
Gosh, he’s so close right now.
“Please, don’t kill me,” I beg again, the pleading in my voice so unfamiliar to my own ears.
His smile is patronizing. “I won’t kill you. You’re an innocent. You stepped wrong, but you’re still an innocent.”
“What are you going to do to me?” I wince.
That sounded more suggestive than it was supposed to.
The smirk on his face tells me he heard it, too. He leans even closer, dipping his head so we’re almost eye level with one another. He lifts his finger under my chin and tilts my face up. I let out a shaky breath, and he breathes it in. It’s the most intimate thing I have ever experienced, and I’m not a virgin.
When he speaks, his lips brush lightly against mine. “You’ll owe me a favor.”
My eyes drop to his lips. “A favor?”
Each time we speak, we’re practically kissing, stealing the air from one another but not quite giving it back. I don’t fight it. Frozen in fear and lust and stupidity, I can’t, and that’s frustrating.
What am I doing?
This is a man who has killed before. Hell, a couple hours ago, he was about to kill me. Yet, here I am, brushing my lips against his, stealing his breaths like they’re mine to take. But other than going along with this, I can’t see any other options that don’t end with my body floating in the Hudson River.
A part of me sees this for what it is. A fear tactic. A power play. He’s letting me know that he controls me, reminding me how afraid I am of him. And he’s right. I’m too scared to put up a fight, but I value my education at Wilton too much to run.
He backs away. “A favor. I take it you have a new phone?”
When I nod, still dazed, he holds out his hand. I point to my backpack. He grabs my phone from the front pocket and enters something in. A few seconds later, I hear his phone ringing. He returns my phone to my backpack.
“You have my number. I have yours.”
And then he’s gone without a goodbye. Though he left the door to the stairwell propped open for me, I stand there for an hour, pressed against the wall. Shocked.
I owe a favor to a mobster.
How the Hell did that happen? 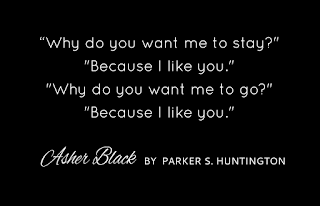 Parker S. Huntington is from Orange County, California. She graduated pre-med with a Bachelor’s of Arts in Creative Writing from the University of California, Riverside. As of April 2017, the 21-years-old novelist is still pursuing a Master’s of Liberal Arts (ALM) in Literature and Creative Writing from Harvard University. Go Crimson!
She has 2 puppies—a German Shepherd mix named Bauer and a husky and lab mix named Chloe—both termed after characters from Fox’s 24. She also lives with her boyfriend of four years—a real life alpha male, book boyfriend worthy hunk of a man. She is currently working on Book 2 of  The Five Syndicates Series, which she hopes to have published by the end of Spring 2017. 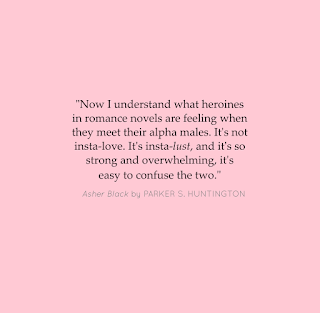