Here Tomorrow: Kathryn Renard Author of: THE COMEBACK SEE EXCERPT AND ALSO EXCERPT FROM NEXT BOOK IN SERIES: FALSE START 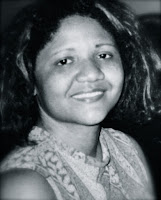 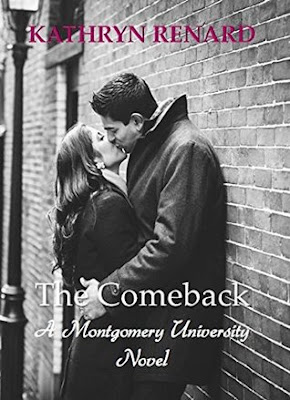 Maddy Cassidy has hit her stride at Montgomery University. She has great friends, stellar grades, and sees no bumps on the road to a drama-free junior year. Classes haven't even started when sparks fly between her and Elijah Hart, a moody Navy SEAL who's landed in academia after a devastating battlefield experience. He's not planning on falling for anyone until Maddy's looks and brains start to get under his skin. Will someone as beautiful as she is being able to look past his life-changing injury? And will Elijah's passion for Maddy be able to protect her from an unexpected danger?
**Contains plot-driven descriptive consensual sex**

Woof!
Maddy looked to her left. A beautiful, large reddish and white dog was bounding across the yard toward her. It barely paused at the stairs.
"Well, hello," Maddy said and held her hand out for it to sniff.
Elijah walked out just then. "Ah, you've met the other woman in my life."
"Other woman? Who's the first?" Maddy asked, rubbing the dog's velvety ears and glanced at Elijah out of the side of her eyes.
"You're going to make me work, aren't you?" Elijah gave her a look that made her feel like he was trailing his fingers down her spine. "Okay, I'll play. There's this girl I like. Want to hear about her?"
Maddy turned her face away from him, his gray eyes were almost too much for her to take. She heard his footsteps move away from her. "You didn't tell me about this beauty. What if I were afraid of dogs?" Maddy teased.
"Maddy Cassidy, I don't think you're afraid of much. And you're definitely not the type who's afraid of dogs."
"True," Maddy said. "What's her name?"
"This is Bibi."
"She's beautiful." Bibi pulled away from Maddy's caresses and walked over to where Elijah was fiddling with an impressive built–in grill. "Is she an American Coonhound?" Maddy asked.
"Nice! Most people don't know what she is." Elijah smiled at her.
"One of my talents is knowing pretty much every dog breed. I love dogs."
"I knew it," Elijah said and smiled again. "You just seem like a dog person."
"Guilty." Maddy stood up and went to peek at the steaks. "Mm, those look good."
"How do you take your steak?"
"Well–done."
"No, you don't."
Maddy laughed. "You're right, medium–rare. I just wanted to see what you'd say. But what would you have done if I really did take my steak well–done?"
"Um, pretend the steaks had gone bad and cooked you hot dogs instead."
"I like hot dogs," Maddy said. "I'd certainly rather have a hot dog than an overcooked steak."
"By the way," Elijah said, "you look beautiful."
Maddy smiled and ran her fingers through her long brown hair. "Thanks," she said. She was wearing a blue ombre maxi–dress that she had worried was too dressy and a faded red denim jacket.
"I like the fact that you don't pretend you're not pretty."
"That makes me sound full of myself."
"Not at all." Elijah placed the steaks on the grill. "It means you've got confidence. And confidence is sexy."
Bibi made a baying sound.
"Uh–oh. I think she's jealous," Maddy said and leaned down to stroke the smooth fur on the top of the dog's head.
"I think she counted the steaks and knows she's out of luck tonight." Elijah said.
"Is Bibi short for anything?"
"It means 'lady' in Afghan Pashto," he said.
Afghanistan, that's where he lost his leg.
Maddy swallowed. "Well, she's beautiful." Maddy knew she sounded lame, but she wanted to stay out of dangerous territory. She didn't want to bring up his service. But it was just so much a part of him.
"Thanks." Elijah's lips curled into a half smile.
Standing next to the warm grill felt nice on an early fall night. She shrugged out of her jacket. Her shoulders were exposed by the halter top of her dress.
Elijah's eyes dragged up her body and settled on her face. He set his tongs down on the side of the grill and took a step toward her. He buried his hand under the hair at the nape of her neck. He brought her closer, leaned down, and kissed her.
Maddy's put her hands flat on his chest. It was hard and warm through his cotton shirt. She kissed him back tentatively.
He pulled back and looked into her blue eyes. "I figure it's better to get that out of the way early," he said. "This way, you don't have to wonder all evening if I'm planning to kiss you."
Wow.
What had he just said about confidence being sexy? He was right. It was. 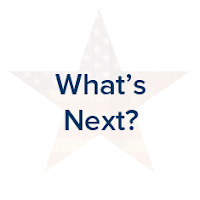 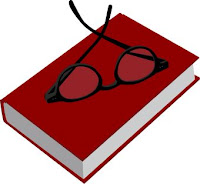 False Start
Montgomery University senior Elle Hanson is back after a year studying abroad. She's as cute and clever as always…but she's hiding her broken heart. Elle's first and only love left her single and lonely thousands of miles from home. She's just started to move on, and the last thing she wants is to get tangled up with a hot football player who's known as much for his bad off–field decisions as he is for his thrilling on–field plays.
Star player Theo Hardyston has kept his crush on Elle secret for three years. He's attracted to her quick wit and sense of humor…and her good looks certainly don't hurt. She thinks he's a guy who only wants her for the thrill of the chase. But despite her roommates' reservations and her own better judgment, she finds herself drawn to Theo. The more she's around him, the more she finds herself taking chances and opening her heart before it's fully healed. A family tragedy pushes them together, but will it ultimately pull them apart? Find out in "False Start," book four of the popular Montgomery University romance series.

Unedited excerpt...
Elle could feel Theo's heart pounding under her hand. Its rapid pace was matching that of her own. As his mouth pressed into hers again she wasn't sure if she'd be able to keep her wits about her.
She broke away from Theo and put her forehead against his chest.
"You're trying to distract me," she gasped.
"From what?" he asked her.
"From talking about you." Elle looked into his eyes for a brief moment. She couldn't take their intensity much more than that. "I like kissing you," she murmured, "but I like getting to know you too."
There was a pause. Elle knew she was taking a risk. Maybe he was just another athlete who was happy to hook–up with as many girls as he could. That's what everyone had been telling her. Except for Janna…she said that Theo hadn't always been that way.
"I like getting to know you too," Theo said.
Elle's hand squeezed his chest again. It was almost involuntary. He just felt so good. He was warm and hard. It was as if he was cut from a warm–blooded stone.
"But if you want to just talk, you have to stop doing that," Theo's voice rumbled.
"Oh, sorry," Elle said. She slipped out of the warm cocoon of his arms and torso.
She saw the look of disappointment on his face but ignored it.
Elle sat down. She propped her back against the armrest of the sofa and bent her legs at the knees. She leaned forward, wrapped her arms around her bare legs and tried to not look too nervous.
"Are you close to your family?" Theo asked. He sat down next to her and held his hand in the air her ankle. He stretched his hand out and seemed to be measuring it against her.
Elle nodded, looking thoughtful. "Yes. I'm lucky."
"The perfect childhood?" Theo asked.
Elle took no offense at his tone.
"I don't know if there's any such thing like you said, all families have issues. But, yeah it was pretty good."
Theo looked at her, with a wary expression before saying, "I know what you're thinking. I was adopted by internet millionaires —"
"— and what? You should be forever grateful and never have problems with your parents?" Elle said. "I don't think life works that way."
Elle watched as Theo gave her a nodded.
"Well, most people think that I'm Annie, they're the Warbucks, and I should constantly be singing The Sun Will Come Out Tomorrow."
"Well, you do have the curly hair," Elle said.
Theo snorted. Then he grabbed her wrist and pulled her on top of him as he leaned back against the arm of the couch.
"Enough," he said.
Elle was on top of him, her face close to his. He took in a deep breath.
"Am I hurting you?" Elle asked, her voice soft.
"You're tiny," Theo said.
"You just think that because you're huge," Elle said, her lips still not quite touching his.
"You're torturing me," Theo replied. "Kiss me."
Elle took the tip of one index finger and traced it around the sexy curve of his mouth. There was something about Theo that both set her on edge and made her feel safe.
"I said kiss me," he whispered.
Elle's body was stretched along the length of his. She was aware of every single one of his muscles. His eyes sparkled at her, seeming to dare her to enjoy all that his body had to offer.
A large palm pressed against the center of her back…skin to skin. Theo had slipped his hand underneath her T–shirt.
Elle leaned forward, but instead of kissing his eager lips she placed her mouth on a pulse point on his throat. She nibbled and kissed it.
A thrill ran through her when she heard and felt him catch his breath.
I did that, she thought.
Elle continued nipping, nuzzling, and licking, tender spots along his throat.
"Elle," he muttered into her ear.
"Shh. You said you were tired of talking," Elle murmured.
She sat up, straddling his body with her legs. She began working the buttons on his Henley T–shirt. She felt him rocking underneath her, his movements gentle and rhythmic.
His hands clasped her thighs on either side of him.
Elle's eyes flew up to his.
Before she knew what was happening she was on her back. Theo stood and stripped off his shirt.
Damn.
at June 01, 2017
Email ThisBlogThis!Share to TwitterShare to FacebookShare to Pinterest