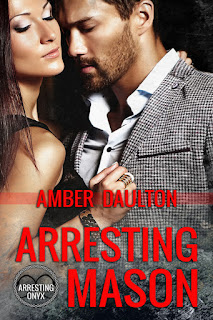 Once you’re in a prison gang, you’re in it for life. That’s what Mason Harding thought until the boss accepted his resignation. After the State releases him on parole, a sexy divorcée behind the wheel of a car almost ends his life quicker than a shank. His chance encounter with Mia Eddison results in a night of passion, but her brother—his parole officer—catches them together and doesn’t approve.
Mia falls hard for the cocky ex-con, but not because of his chiseled body. She vows to break through his walls and discover his secrets but never expects those secrets to threaten her life.
When members of an organized crime ring kidnap Mia to force Mason’s return to the gang, he goes up against an old friend to save the woman he loves. Will his sacrifice be enough or will everything fall apart in a blaze of gunfire? 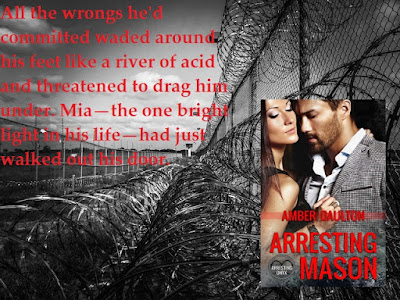 They reached her store and he stared at her car parked by the curb. “Harper doesn’t know where you live or anything about you. That means you’re safe for now, but he’ll probably search this area to find us. Stay cautious, okay? Drive your car from now on. Don’t walk anywhere.”
“Why are you avoiding my questions? You can tell me anything.”
“Not this. If you trust me, don’t ask those kinds of questions.” He tightened his fingers around her forearm as she tried to jerk free from his grip. “Listen to me, damn it. You mean a lot to me, but I can’t tell you this. At least not right now. That’s nothing against you. It’s all on me. I just need time to take care of this problem. Okay? I’m fucking stressed, in a shitload of pain, and I don’t need you to hound my ass.” He dropped his hand from her arm and scowled as though he just noticed the dirt and blood on his knuckles. “I’d like to go upstairs to clean up before you take me home. I don’t want Alan to know what happened.”
Mia dug through her purse with shaky hands, so angry she didn’t trust herself to speak.
He took the keys from her before the little pieces of metal slipped between her fingers, and he hugged her despite the grime on his skin and clothes.
Tears clogged her throat. Her mind screamed at her to push away from him, but the strength in his arms enveloped her and stole her will. His heartbeat soothed hers, and she no longer cared about his lies or if filth caked him.
At least not at the moment.
“I never meant for this to happen, Mia. I will fix this.”
“I know, but at what cost?” She pried her face from his chest to stare up at him. “You’re nothing if not determined, but I’m scared and confused. You have answers to my questions, but I won’t hound you for them as you so eloquently stated. I just thought we got past this. I thought you knew I would never insult or condemn you for whatever it is you did.”
“And I thought you knew not to push me too fucking hard.” His deep voice sent shivers of unease down her spine. “I have to keep certain parts of my past to myself.”
“Whatever.” Mia finally pushed against his chest for freedom and stomped to the stairwell door.

Parker Townsend raised his children alone after he lost his beloved wife. When his two little hellions placed a ‘Mom Wanted’ ad in the local paper, Parker found himself roped into an unwanted blind date.
Claire Lauer answered the want ad with few expectations and met Parker on Valentine’s Day, a day she hated with a passion. As an animal rights activist and a divorcée, she felt more comfortable with a placard in her hand than in the company of a handsome man with emotional baggage.
After a protest takes a turn for the worse, she seeks shelter in her date’s arms and loses time in his bed. Will Parker and Claire find the courage to lay their fragile hearts on the chopping block by morning, or will they forever live in a world of gray? 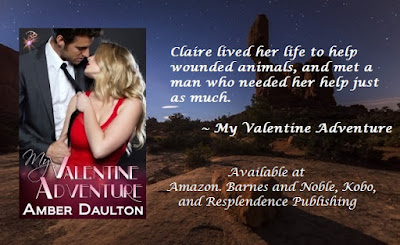 Parker didn’t care about Glenn’s speech, not when he needed to find Claire and make sure she was safe. Police sirens wailed in the distance—someone probably called them before the tiger prowled free which is how they arrived so soon—and he finally spotted his wayward date. Claire climbed up on the cab of Glenn’s truck as though for a better vantage point and waved her arms in the air. He forced his way to her, relief flooded through his veins like a drug, and he reached up to help her down.


“Stuff like this doesn’t happen often, Parker. It’s just a crazy night.”
She braced her hands on his shoulders as she slid down the length of his body. People shoved past them in an attempt to flee before the police arrived or to escape a freed tiger out for blood, and Parker tightened his arms around her before she had the chance to fly the coop. Claire gripped the lapels of his jacket with her fists, a strange gleam lit her eyes like blue fire, and she kissed him as though her life depended on it. His head swayed from the fevered onslaught of her lips and her body pressed against his, but he couldn’t savor the moment.
Red and blue lights flashed down the street and headed right toward them.

at May 17, 2018
Email ThisBlogThis!Share to TwitterShare to FacebookShare to Pinterest