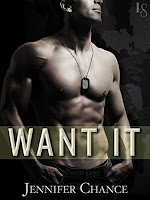 For Erin Connelly, being a good girl isn’t such a bad thing. She’s working her dream job at a Boston art gallery and staying out of trouble, which is more than she can say for her deadbeat mom. Unfortunately, her mother’s latest misadventure lands her in the clutches of a Mexican drug lord. Now the only person who can save her is the one man Erin has no business asking for help: the sexy-as-sin army ranger who just so happens to be her former high school sweetheart.Zander James is no gentleman—and no officer, either, thanks to Erin. Four years ago, she made a call that terminated his highest aspirations . . . and their relationship. He’s never forgiven her, but when he learns that Erin’s embarking on a half-baked rescue mission, he sure as hell can’t let her go alone. Now, with a treacherous enemy lying in wait, the electrifying tension between them may just be Zander’s undoing. Because while he may be able to keep Erin alive, he can’t promise to keep his hands off her.

HUBBY'S REVIEW:
This story is about two people who have not seen each other since the end of their graduation from high school. One terrible night for Erin, who was dating Zander, but could never get him to stop doing risks. He races another guy when there is an accident and she calls 911 seeing blood thinking the other boy is seriously hurt. The ambulance comes but also the police and Zander takes a swing at one of them and is arrested. Realizing that Erin his girlfriend was the one that called he goes off on her and says he never wants to see her and that his hopes of going to West Point are now ruin because of what she did by calling 911. Four years goes by and she is invited to the funeral of Zanders father this works out good for her because she wants to ask him a question. Her mother has gotten herself into trouble in Mexico and she is going down there to try to handle it. Zander enlisted right after he was released from jail and then went to boot camp saying no good byes to anyone he still can’t get Erin and that night out of his mind. He is now an Army Ranger, so when she asks to talk to him he says come to the house. Once he sees her he finds himself still attracted to her and though she does not ask for his help to go with her he does. This gives them time to work through both of their issues because she did not tell him everything about her mother and how her life has been since the age of 6. As you go along in the story it is to young people getting to really know each other and accepting each other and at the same time they are fighting at times with each other and the people that took her mother. This is a good story and I liked the characters and the way the author used this crisis to get them back together. Overall a good book. I got this book from net galley.  I give this 4 stars.
at May 28, 2015
Email ThisBlogThis!Share to TwitterShare to FacebookShare to Pinterest